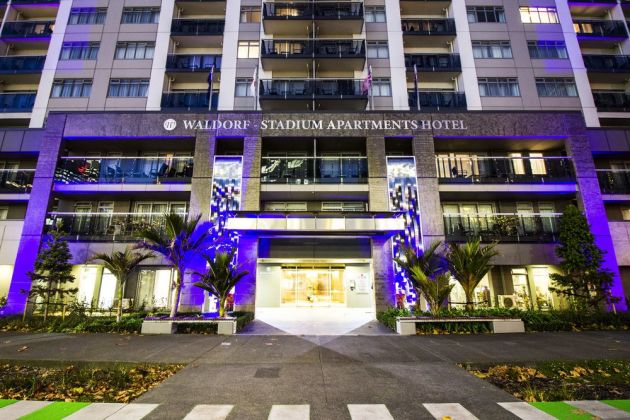 The 178-unit strata title development is to be sold subject to a new 11-year performance lease underpinned by guarantees from Japanese serviced apartment conglomerate Daiwa House Group, which had a market capitalisation of US$19.150 billion as at December 2017.

The entity has recently acquired the Australia and New Zealand Waldorf serviced apartment business with further plans to expand in the region.

Dean Humphries, National Director of Hotels for Colliers International, notes that the divestment of this accommodation asset would represent the first major hotel sale in the Auckland CBD since the Hilton Auckland sold in 2012.

“As a result, we’re anticipating unprecedented interest from a wide range of international and domestic investors given the exceptionally strong trading conditions in the gateway city,” he says.

Wayne Bunz, International Director of CBRE Hotels, says the development is being offered for sale subject to a long-term management lease to one of the largest serviced apartment providers in the region, Daiwa House Group.

Built in 2008, the Waldorf Stadium Apartment Hotel is located in downtown Auckland in close proximity to the harbour’s edge, the 12,000-capacity Spark Arena, the Britomart precinct and just 500m from Queen Street; the city’s main commercial and retail thoroughfare.

The hotel comprises a mix of studio, one, two and three bedroom fully self-contained apartments and is situated on a prime parcel of land, which is subject to a long-term ground lease to one of Auckland’s largest inner-city land owners.

Humphries notes that it is common for a number of hotels in Auckland to be located on leasehold land given their relative proximity to the water’s edge with the majority of this land being owned by entities such as Ngati Whatua Ōrakei and Auckland Council.

Bunz says the sale campaign comes at a time of unprecedented growth in Auckland’s hotel sector.

“The current occupancy rate is 86 per cent and the market has witnessed RevPAR growth of nearly 13 per cent this year,” Bunz says.

Auckland is one of the best performing hotel markets in the Asia-Pacific region, Bunz claims.

“Investors will therefore be assured of strong returns moving forward, which is further underpinned by one of the largest international serviced apartment operators in the world.”

The property is being sold by an international expression of interest campaign closing at 4pm NZT on 16 May 2018.