1.8 million kgs of reinforced concrete from the old Auckland Council building would be retained in the construction of a 6 Green Star office space designed for a post-COVID working environment 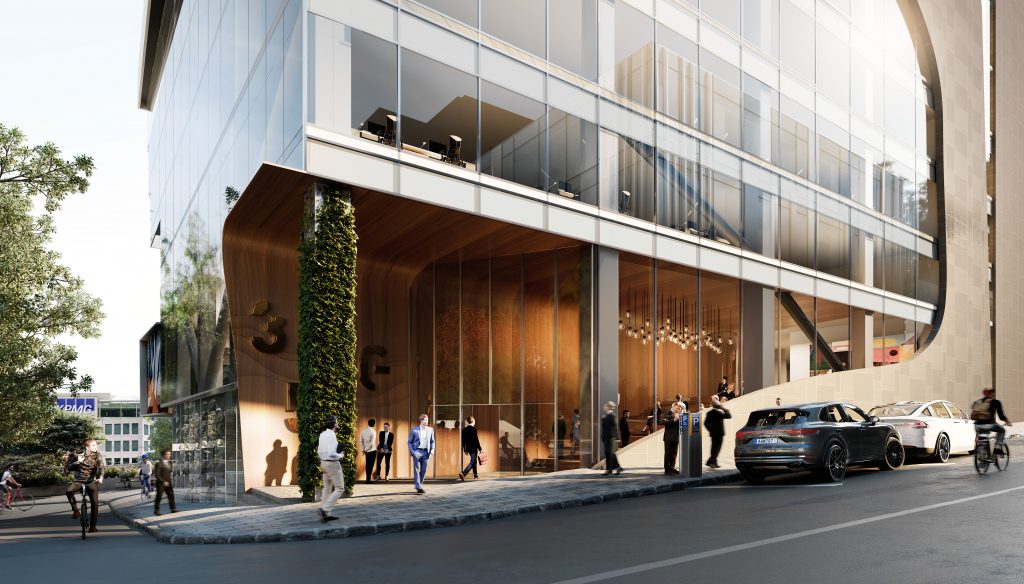 A category one listed heritage building and artwork in Auckland’s CBD is set to become the site of the country’s largest-ever sustainable construction reuse project.

The potential project, while not yet confirmed, has entered the first stage of its planning process and has now been granted resource consent. If completed according to projections, it will also be the first major commercial office development in the CBD designed for a post-COVID working environment.

The 12,900 sqm building at 35 Graham Street set on an elevated acre of land in the Victoria Quarter of the CBD was the Auckland City Council service centre for over 20 years.

In what is believed to be the country’s largest construction reuse project, 1.8 million kgs of reinforced concrete will be retained within the building’s new design.

The projected CO2 savings from using the existing concrete structure is roughly the equivalent of planting 52 hectares of trees or over 13,000 flights between Auckland and Queenstown.

The development which is targeting a 6 Green Star Design (World Leading) construction sustainability rating will also have a climate adaptation assessment to ensure the building is resistant to the effects of climate change and natural disasters.

In addition to the extensive reuse of concrete, the new concept design will also preserve the heritage-listed 1959 Milan Mrkusich mosaic abstract artwork on the exterior of the original BJ Ball building. 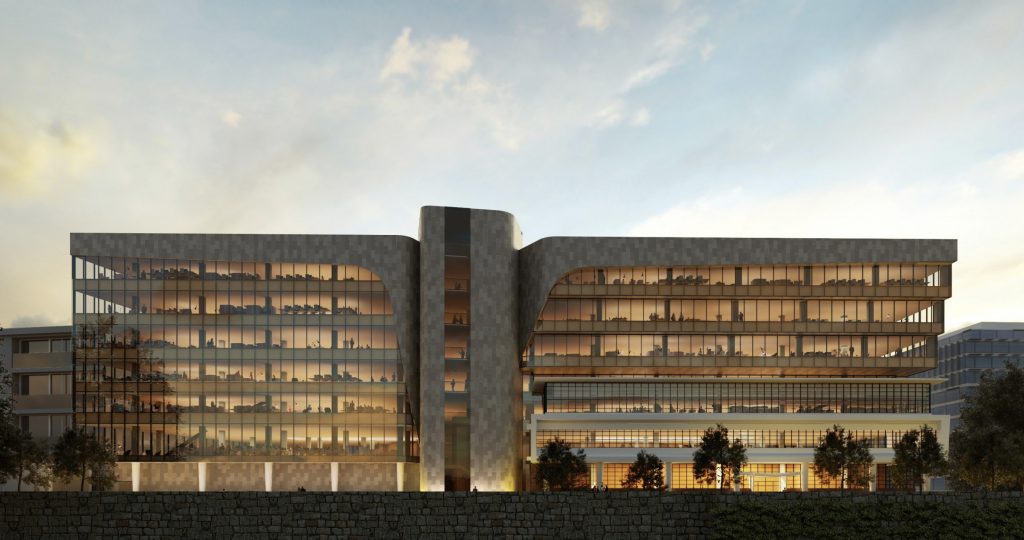 Mendes says the first stage of construction under the current design concept will see seismic strengthening of the existing superstructure before the addition of three new floors.

“Internationally we are seeing more consideration of sustainability in construction planning, a welcome evolution from a process that historically was purely financially driven.

“Adaptive reuse bypasses the wasteful process of demolition and reconstruction, combined with energy savings and the cultural benefit of retaining a place with historic value,” he says.

Mark Francis, Augusta Funds managing director, says while the resource consent marks the first step in the potential development, if completed in Q1 2024 as planned, the new building will add over 20,000 sqm of office space to the CBD.

“The western side of the CBD has developed rapidly in recent years and in contrast to the financial and legal centre around Queen St, is now home to several organisations which represent the ‘workhorse’ of the economy – such as Fonterra and Air New Zealand.

“The location of the development is expected to provide tenants with a number of geographical advantages ranging from unobstructed, panoramic harbour views through to a cafe with a landscaped outdoor area as well as secure car and cycle parking and premium end of trip facilities.

“35G is also designed to offer flexibility for businesses to design their workspace for a post- COVID environment – with the CBD’s most expansive floor plates at 3,000-3,500 sqm,” he says.

Francis says plans to make Queen St accessible only to pedestrians may also see more businesses move away from the centre of the CBD.

“What we can expect to see with the closure of Queen St to vehicles is more congestion in the surrounding streets – an outcome which will increase the appeal of being on the CBD fringe, especially when commuting from the North Shore or west of the city,” he says.

Francis says the provision of resource consent for the inner-city development marketed by Colliers as ‘35G’ will see the next stage of planning and design commence. 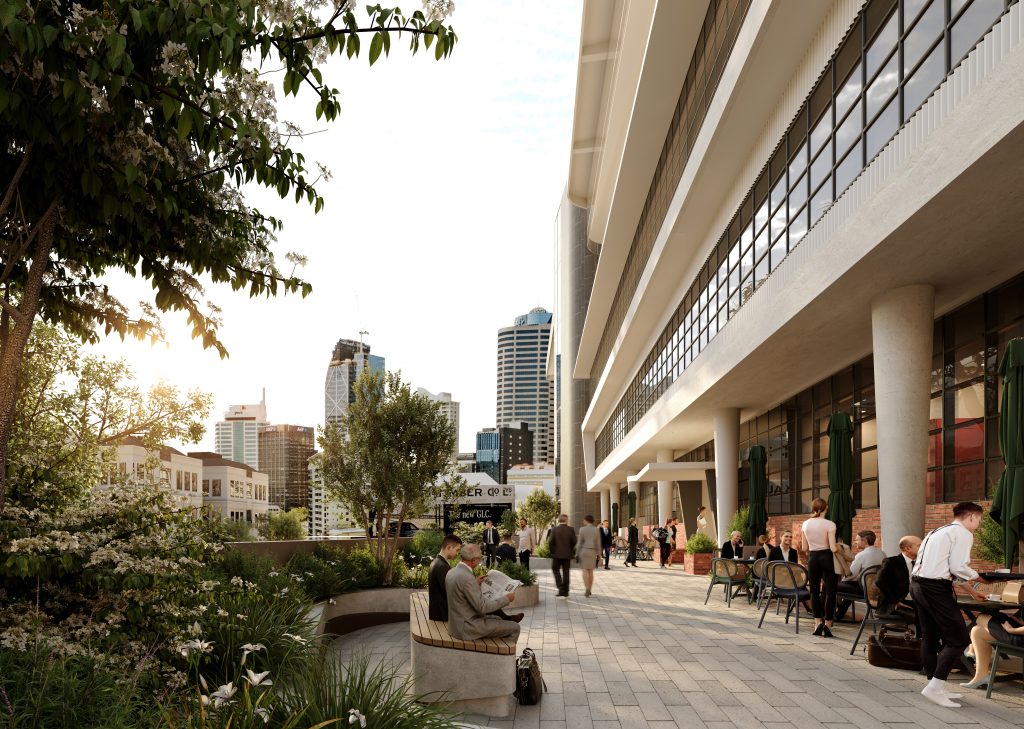 Sam Gallaugher, commercial leasing director for Colliers, says the trend away from the central CBD and into the now proven area around the Wynyard Quarter is set to continue.

“We are seeing a number of high profile businesses migrate to this part of the CBD, companies like Tower Insurance have moved out of Queen Street and into Fanshawe Street.

“Similarly a recent exodus from Newmarket has also seen 2 Degrees and Fidelity join Southern Cross, Kiwibank, Genesis and Trade Me in the area.

“The Victoria Quarter location of 35G provides easy access to local recreational spaces like Victoria Park and public transport hubs such as Aotea Station – as well as uninterrupted views over the Viaduct which can’t be built out, and a significant signage and branding opportunity on the exterior of the elevated building.

“The building’s interior features which include a large outdoor deck space will also appeal to a range of businesses,” he says.