With housing credit tight and getting more expensive by the week, this trend towards weaker housing market conditions is likely to continue, CoreLogic NZ Head of Research Nick Goodall says 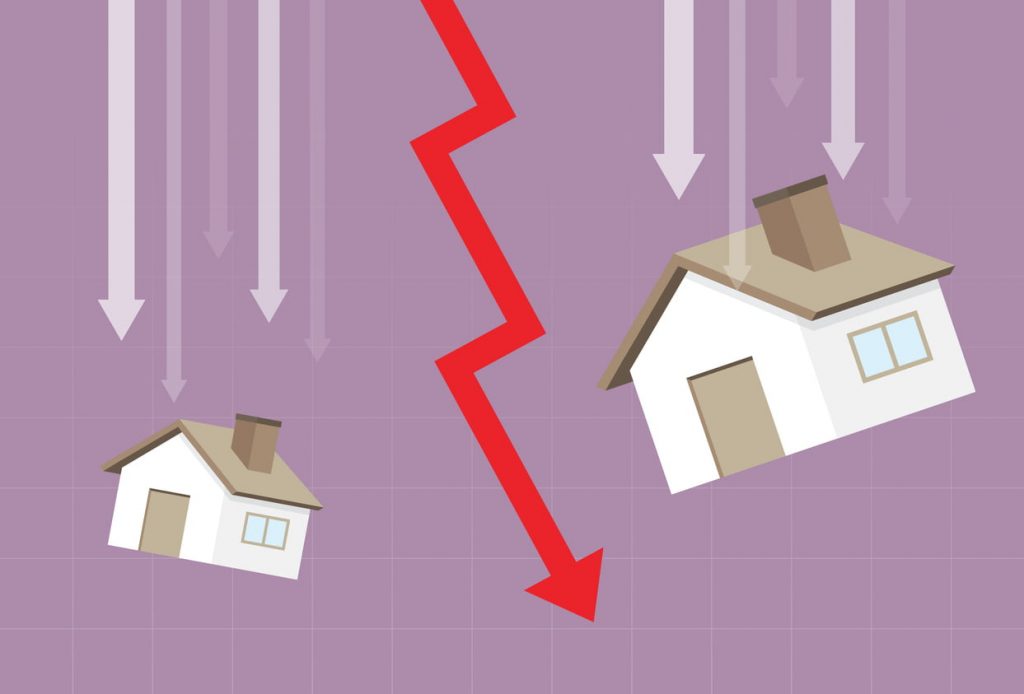 CoreLogic’s House Price Index (HPI) shows that the downwards momentum in NZ residential real estate values continued throughout May 2022. The national measure of housing prices fell another -0.8%, consistent with April (-0.8%). The quarterly fall of -0.9% is the biggest drop over a three month period since the end of 2010, when the market was still in recovery mode from the Global Financial Crisis (GFC).

For the main centres, the persistent declines in both Wellington and Dunedin housing values have seen the annual growth rate plummet to single figures, while Hamilton is hanging on to double digit growth at 10%. For Wellington, this has been a dramatic reduction from the heights of 36.1% growth in the year to October 2021.

Christchurch remains the only main centre experiencing any real growth – supported by better affordability. The latest house price to income ratio in Christchurch sits at 6.8, compared to next-best Wellington at 8.1. Similarly, the share of income required for mortgage repayments is more favourable in Christchurch (38%) ahead of Wellington (45%).

While strong value growth, following significant fiscal and monetary policy measures, was the key factor for the deterioration in affordability over the last two years, increasing interest rates are now the key protagonist.

The Official Cash Rate (OCR), at 2.0% after last week’s 0.5% hike, has now increased by 1.75 percentage points across five consecutive decisions since October 2021, and it very much appears that the cycle is not over as the RBNZ fights hard against inflation.

The published forecast for the OCR now has a peak of 4% in the middle of 2023, so little more than a year away. Only three months ago the forecast peak rate was 3.5% at the end of 2023. Things are moving quickly.

The rapid upwards trajectory of the OCR, and forecasts the cash rate will move materially higher still, has led to higher mortgage interest rates. With 48% of mortgage debt to be refinanced before the end of March 2023 many borrowers will see a significant lift in their payments.

In some cases the new interest rate being secured could be above the serviceability rate they were tested at, which bottomed out at 5.5% in the middle of 2021.

This will require some severe tightening of other spending which is expected to eventually slow inflation, but also has the potential to weaken economic growth more broadly, to the point where a recession is being talked about as being more likely.

The RBNZ have given themselves some insurance for this though, stating that “Once aggregate supply and demand are more in balance, the OCR can then return to a lower, more neutral, level, thus opening the door for OCR cuts if and when required, to provide more stimulation.

But while tighter, more expensive credit has contributed to the current managed correction and that downward momentum is persisting, the underlying strong labour market continues to offer something of a foundation.

The RBNZ official forecast for property values, which utilises the CoreLogic Quarterly HPI, has the largest quarterly fall occurring in Q3 this year (-2.7%), but further falls are forecasted to take the annual rate of change to -8.1% at the end of 2022. The downturn then culminates in a total forecast fall of -11.8% from peak to trough, come the end of March 2023.

This is not an insignificant drop, but given the recent upswing should be relatively manageable for many people.

If this scenario were to play out, it would ‘only’ take nationwide values back to the same level as at the middle of 2021, limiting the number of recent entrants who could be exposed and in negative equity.

Through the last major downturn (Oct 2007-Mar 2009) values fell 9.9%, but it did take a total of five years for values to recover back to the previous peak, so expectations of a return to an upward trajectory should be tempered.

The impact of the weakening market on property values is becoming clearer, and while the reduced market activity is often related to reduced real estate agent commissions, the broader impacts of fewer market transactions are not often considered.

The latest update to the CoreLogic forecast of residential sales volumes brought to light the reality of how much and how fast conditions are changing in the property market.

CoreLogic expects 78,000 sales throughout 2022, a significant reduction from the 92,000 forecast only three months ago.

The change was mostly driven by the sharp increase in interest rate expectations which impact the amount of money people can borrow and will further slow the market.

Not only will agents be budgeting for less income, there’s also a broad range of industries and professions intertwined with the real estate industry and the transactions within.

The impact of reduced real estate transactions (let alone reduced values) on the broader economy should not be underestimated, and many businesses should consider budget scenarios with up to a 20% reduction on activity compared to 2021.

Quarterly rates of change continued to fall across Auckland in May, except in Rodney, where a minor (-0.1%) fall over the month of May had little impact on the rest of the quarters growth which totalled +2.1% at the end of May.

There were relatively consistent declines across the larger four areas of Auckland in May, with North Shore, Waitakere, Auckland City and Manukau each seeing falls of either -1.6% or -1.7%.

Falls over the three month period to the end of May are greater in Manukau however, which could reflect the significant amount of development across the area, now that developers are finding themselves in trouble – over-leveraged and short on cash due to constrained supply chains and increasing costs.

In Wellington, the Hutt Valley (both Upper and Lower Hutt) have experienced the largest fall in values over the last three months (-6.2% and -4.5% respectively), however values are also scaling back in both Wellington City (-3.6%) and Porirua (-3.1%). Renewed enthusiasm for the Kāpiti Coast, after the competition of Transmission Gully, may be supporting property values in the area.

The quarterly fall of -6.2% in Upper Hutt supersedes the worst rate experienced during the GFC.

Outside the main cities there are a few areas showing sporadic growth, including Gisborne and Queenstown. Opportunistic cashed up or equity-rich buyers appear to still see value in these markets, which is seeing these regions hold up better than in some central and lower North Island cities.