The building research body estimates that 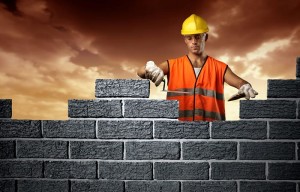 between $95m and $232m is spent each year on repairing or replacing non-conforming or failing building materials and those that are not fit for purpose.

BRANZ says while the cost made up a small percentage of the $25bn of construction work at present, the figures would likely be much higher still.

“There are additional costs apart from reconstruction such as redesign costs, extra council fees, loss of reputation and disruption to business.

“These are likely to be significant and in some cases may be as large as or exceed the reconstruction cost.”

The report notes pressure to manage building costs could lead builders to look for cheaper alternative materials, but it would be feasible to set up an electronic traceability system to help reduce the problem.

Under the scheme, each product would boast a scannable unique ID, similar to those already used on food and minerals.

The product could then be easily tracked and identified, making it easier for builders and inspectors to tell if an installed product was not fit for purpose, fraudulently documented or counterfeit.

BRANZ believes the cost of operating the system could be covered by a six per cent drop in non-conforming product being used.

Similarly, a 30 per cent drop would see a return of $23m a year and could reduce the risk of accidents or death if products fail.

“I mean we’ve known that it is an issue but to be able to put some sort of number around it was quite staggering in terms of the impact economically and potentially on productivity in the industry.”

He said it was something that had become more of a problem in recent years with an increase in imported product where it was particularly important to make sure they’re complaint with the building code.

“The market is going through a boom period, people see opportunities and there’s a highly competitive pricing situation therefore the attraction for lower cost product is extremely high.”

But tracking could take five to 10 years to fully implement and would rely on retailers, in particular, getting on board, Kohn said.

“I think the whole report will give political figures, administrators – particularly regulators, food for thinking very hard and long on this issue.”