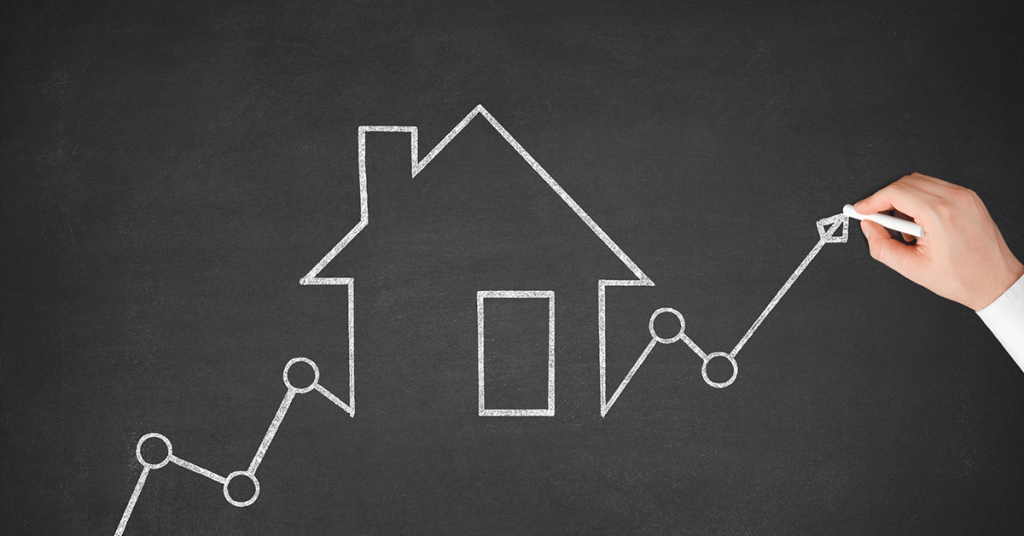 Market activity through spring has been subdued and median prices continue to soften as buyers remain hesitant, according to the latest data and insights from the Real Estate Institute of New Zealand (REINZ).

The regions with the greatest annual percentage decrease were:

When looking at the November figures, we’re comparing to a market at its peak with one that has moderated over the past 12 months.

In a recent survey of REINZ membership, conducted with economist Tony Alexander, real estate professionals reported the top concerns of buyers in the market are high interest rates, access to finance and purchasing and seeing prices soften. Add to these concerns of recession, global economic and geo-political uncertainty.

In late November, the Reserve Bank of New Zealand (RBNZ) raised the OCR by a record 75 basis points to 4.25%. The central bank also forecasts a peak of 5.5% next year and predicts a further rise in inflation. The immediate effect on the real estate market was more hesitancy.

Buyers are again weighing up the likely impact on mortgage rates with current downward pressure on property prices. Those thinking of selling are again looking at the market and asking, ‘Is this the right time?’

For many it is the right time. In November, people continued to transact — 5,525 according to our sales count. 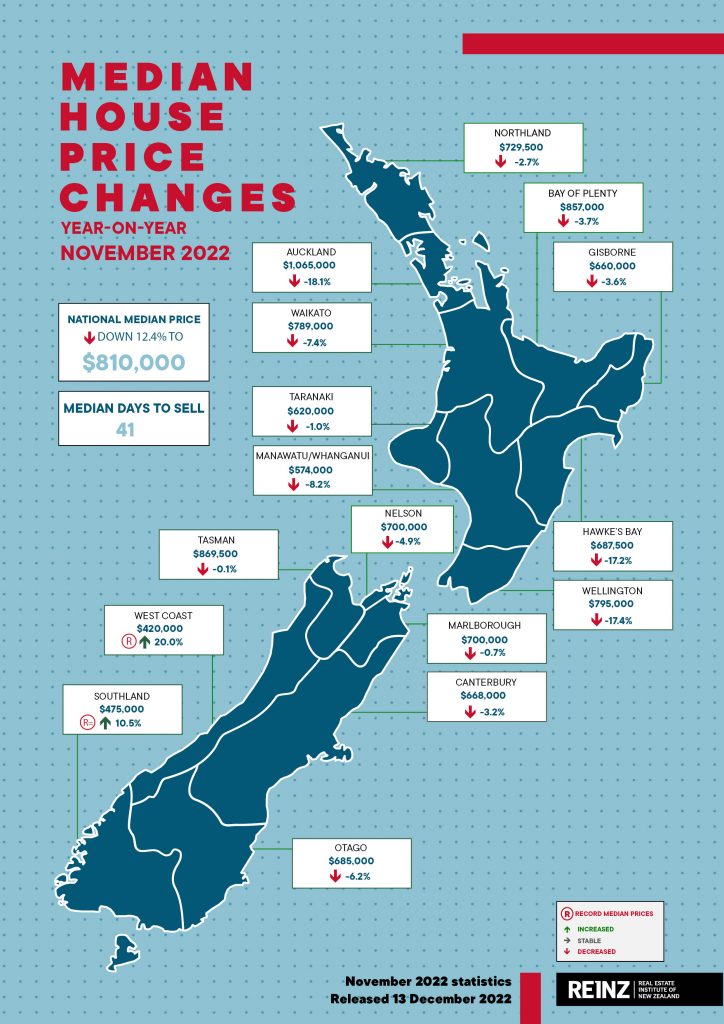 Three TAs achieved record median prices; in the West Coast the Buller District reached a median price record of $420,000, while in Southland the Gore District and Invercargill City reached record medians — at $435,000 and $485,000, respectively. More information on activity by region can be found in the regional commentaries section of the Monthly Property Report.

While property prices have softened, and agents report hesitancy amongst buyers, we see indications sentiment is shifting. Agents around the country say sellers are realistic, they are meeting the market, they are entering negotiations. The most sought-after properties are well-presented and well-marketed.

If you can make the finances work, this is a good time to be a buyer. Firstly, there is significantly more stock on the market. At the end of November, there were 28,449 properties available for sale across New Zealand — an annual increase of 47.7%.

Secondly, the market is less competitive. While owner occupiers remain a strong presence, investors have largely stepped back — for now.

Thirdly, we have seen prices come down 12.4% since their peak last November. Affordability will remain an influencing factor, but for those previously sidelined in last year’s quick-paced market now is a great time to take another look at what’s out there.

The impact of increasing interest rates on mortgage serviceability will put pressure on people, but rates are likely to peak in 2023 and start to fall again.

HPI: all regions see annual decrease in value of property

The REINZ House Price Index (HPI) for New Zealand, which measures the changing value of residential property nationwide, showed an annual decrease of 13.7% from 4,276 in November 2021 to 3,692.

All regions saw an annual decrease in HPI movement. Down 2.2% annually, Southland was the top-ranking region on the Index in November, followed by Otago (-3.4%) and Taranaki (-3.8%).

In November, Wellington again had the greatest percentage decrease in the value of residential property — down 19.5% annually on the REINZ HPI. The region has ranked bottom of the Index for 12 consecutive months. However, we are seeing some positive indicators. When we look at HPI movement over the past three months, Wellington is the sixth best performer (at -2.1%), suggesting the intensity of downward pressure on property value is easing in the region,” says Baird.

Auckland had the second greatest decrease in HPI movement, with an annual decrease on the Index of 18.4%.

Across New Zealand, the median number of days to sell (DTS) a property in November was 41 — up 12 days compared to November 2021’s hyperactive market, and selling three days faster than last month.

For New Zealand excluding Auckland, DTS increased 12 days to 41 — though down three days compared to October.

Southland had the lowest DTS of all regions at 30, an annual increase of three days. Northland and Hawke’s Bay had the highest median DTS at 54.

Median days to sell remain elevated, though down on last month — in part due to transactions taking longer to execute with more sales subject to finance or sale. However, real estate professionals also note buyer hesitancy as they weigh up mortgage rates and the gamble of prices softening post-purchase.

Nationally, listings were down 26.0% annually to 10,185. New Zealand excluding Auckland saw an annual decrease of 16.1%.

Except for Marlborough (no change), all regions saw listings decrease compared to November 2021, with five seeing decreases of 20% or more. Auckland had the greatest decrease in listings, down 39.8%, followed by Gisborne (32.9%), Wellington (24.7%) and Northland (21.5%).

In line with seasonal expectations, we have seeing listings climb since the start of spring. November saw 10,185 new listings. However, this is an annual decrease of 26.0%.

At the same time, there was an annual increase in the number of properties available for sale of 47.7% — sitting at 28,449 at months’ end.

With decreasing demand and more supply on the market, able-buyers have the luxury of choice and time to make informed purchasing decisions.

Salespeople in some regions — such as Gisborne and Central Otago — reported that auctions performed well. That said, compared to November last year, we have seen a significant drop in sales by auction.

The potential of further increases to the OCR and concern around the impact on mortgage rates has caused hesitancy across the market, including in auction attendance. Anecdotally, there has been an increase the number of sales subject to finance or sale, resulting in an increase in other sales methods.