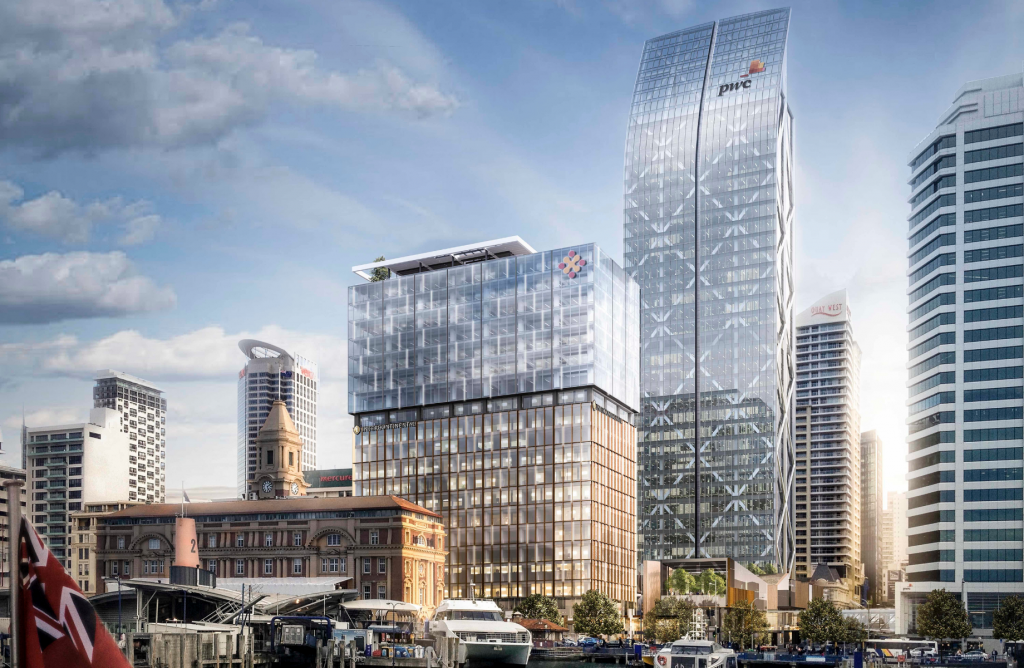 The NZX-listed company is one of the biggest owner-developers of premium city centre real estate in the country, and will redevelop the premium site on the waterfront in the heart of Auckland at a cost of $305 million.

The second stage is aimed to complement the $1-billion Commercial Bay retail precinct and will include a luxury hotel, office space, and food and beverage retail space. It will be integrated with Commercial Bay.

Precinct Properties New Zealand chief executive Scott Pritchard says they had deferred the project last year due to Covid-19. The delay led to a redesign of the tower.

“One Queen Street occupies one of the most prominent positions within Auckland’s city centre, so ensuring the building is contributing to the city centre and Commercial Bay has been a priority,” he says.

“We are excited to announced the recommencement of this project and further progressing the creation of a world-class destination.”

The 21-storey, 5-Green Star building will include 139 hotel rooms across levels 6 to 11 for an InterContinental-branded hotel.

The remaining floors will have about 14,000sq m of premium-grade office space, and a rooftop bar on Level 21.

Overall leasing for the project is already at 59 per cent with Bell Gully taking up 4400sq m of commercial space.

LT McGuinness will undertake construction with completion due in late 2023. The yield is expected to be 6.2 per cent according to a statement Precinct filed with the NZX.