Australia will include minimum accessibility standards in the 2022 National Construction Code, but should New Zealand follow suit? 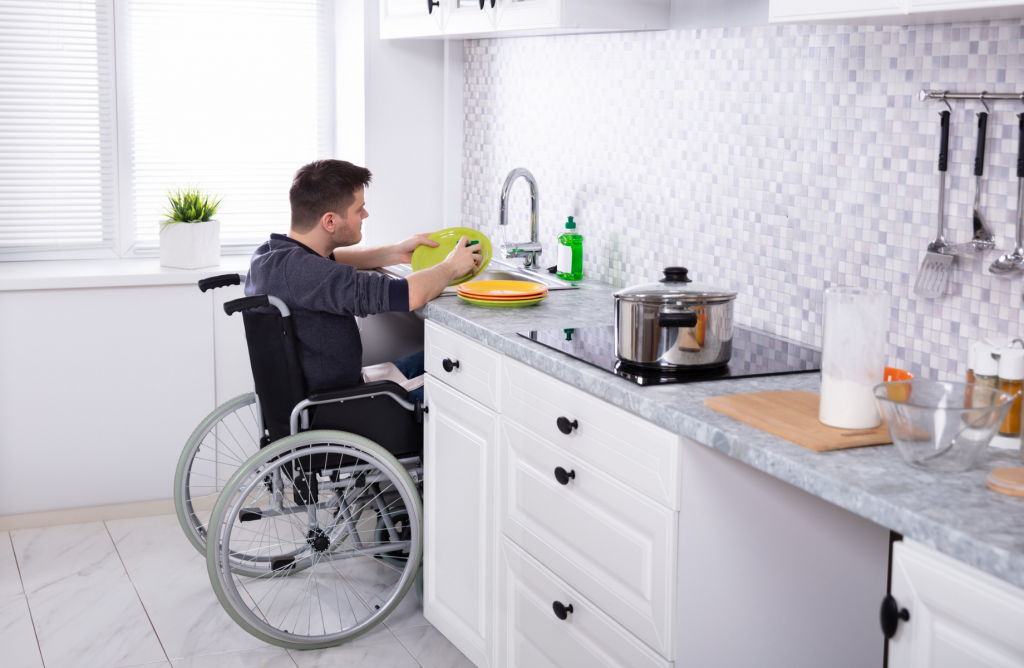 On 30 April, Australia’s building ministers agreed to include minimum accessibility standards in the 2022 National Construction Code. This decision reflects how housing needs to be more flexible to meet the changing needs of an aging population during the next decades.

Within 40 years, the number of Australians with a mobility limitation is estimated to almost double from 3 million to nearly 6 million.

The recent challenges experienced by the aged care sector during the Covid-19 pandemic highlights the importance of enabling people to “age in place” and remain in their own home for as long as possible.

Some simple changes to all new builds will result in a vast improvement in accessibility and future-proof homes. Providing at least one step-free entry to homes, widening internal doorways and making the size of showers more generous are additions that are easy to incorporate at the design stage of new builds.

Including these features will provide benefits to all residents when they use a pram, replace whitegoods, recover from surgery or a sporting injury, and as they age or host extended family and friends in their home.

Creating industry change is difficult. Thirty years ago, policy makers could not understand why anyone needed kerb cuts in footpaths.

We need to reflect back on history and apply the “Curb Cut Effect” to new residential housing in Australia.

“Curb cuts” were an innovation initially implemented specifically for people with disability, but now our entire population benefits from these ramps, whether they be parents with prams, travellers wheeling suitcases, or couriers delivering heavy goods.

Robert Pradolin, director of Housing All Australians and former general manager of Frasers Property Australia, argues that when it comes to accessible design, we all have an obligation to think long-term.

“The industry needs to play its part and the governments need to play their parts in ensuring that what we build is actually something that’s in the long-term interest of our country,” he says.

As these studies indicate, including accessible features during the design phase of new builds is the best way to ensure cost-effectiveness.

Furthermore, targeted exemptions to standards could mitigate issues arising in the minority of homes with site-specific challenges, including complex topography or smaller blocks.

Including accessible design features into the code is not a big ask. The fact that some of Australia’s volume home builders are already incorporating some features as standard suggests that a broader introduction would not be a big step.

Australia’s building industry initially argued for a voluntary code of practice more than a decade ago with the commitment that all new housing would be accessible by 2020. This approach has failed.

Using sporting codes such as the AFL as an example, Venier says that if a rule is voluntary, “people will get around it,” but once a rule becomes mandatory, players will quickly adapt their strategies and learn to work with it.

Venier says he had faith in the capacity of the building sector to adapt, innovate and find practical and cost effective solutions.

Similar to trends related to sustainability, regulation is likely to reduce the cost of some products associated with accessibility.

For example, sustainable options such as LED lights were a specialist feature in homes and expensive when they first became available. Regulation has seen a substantial reduction in the cost of LED lighting.

A new generation of retirees

Pradolin says that as we get older and live longer, we’ll need houses that are different. In the long-term we must be investing in proper, well-equipped and well-designed houses.

As baby boomers enter retirement, Cam Ansell from Ansell Strategic says they will reshape the retirement living sector. They will not accept rationed care and would spend their money on building a retirement lifestyle they wanted.

Paul Browne’s LDK Healthcare is one developer leading the evolution of the industry with a “one-move-guarantee” that is making waves in the retiree space.

“We use a model that is independent living through to the end of life,” Browne says.

Furthermore, developers are already aware of the reputational benefits of building flexible, generous, and stylish dwellings.

For example, Metricon’s EveryOne division specifically focuses on delivering “social, affordable, and accessible housing” for clients.

Accessible design features are often perceived as being too expensive and difficult to include in new homes, or catering to a niche market.

However, two new studies contribute important evidence that supports the inclusion of minimum accessibility standards in the code: an audit of the most popular homes being built by volume builders in Australia, and secondly, a survey of access consultants and architects.

These studies indicate that many accessible features are already being incorporated in new homes, and that the expense and difficulty of including many features in homes are low and virtually cost neutral.

For some, accessibility evokes images of institutional or public toilet-style design and clumsy retrofitting of existing homes.

However, the audit of accessible features in new build house plans demonstrates that accessible design features are already being incorporated into aesthetic modern Australian homes.

Conducted by the Summer Foundation and the University of Melbourne, the study examined 20 of the most popular house designs from Australia’s biggest home builders.

The study audited display homes against the accessibility features currently under consideration by the ABCB, and found that all 20 of the display homes complied with at least seven of 15 accessible design features.

However, these features were not consistently incorporated into new homes in a way that made them usable by people with mobility limitations.

For example a home might have a wide front door but with internal door widths that prohibit the use of a walking frame or wheelchair.

This study suggests that incorporating sensible accessible features into the code for all new dwellings is not a significant impost on volume builders of residential housing.

In part, compliance with some gold or platinum level features most likely reflects the fact that the dwellings assessed were suburban, detached family houses, which in Australia are among the largest in the world.

While caution should be used in assuming similar levels of compliance in inner-city townhouses or apartments, the vast majority of new homes in Australia are built by volume home builders in new and existing suburbs.

A recent study about Incorporating Minimum Accessible Standards in New Housing found that a design-led approach to incorporating minimal accessible features has the potential to include accessible elements with minimal extra cost or loss of amenity.

The Summer Foundation and La Trobe University completed a survey to establish how expensive and hard it would be to include accessible features in new homes.

Twenty-four access consultants and architects with expert knowledge of accessible design were asked to rate the relative cost and difficulty of incorporating 28 accessible features into new houses, apartments, and townhouses.

Survey respondents rated nearly half of the features as being both “virtually cost neutral” and “not difficult at all” to include across all types of new housing.

Many accessible features are common-sense design features that are already usual industry practice.