Anecdotes throughout April told of quieter open homes, a greater share of auctions ‘passing in’ and that a fear of over paying had replaced the fear of missing out, says CoreLogic head of research Nick Goodall 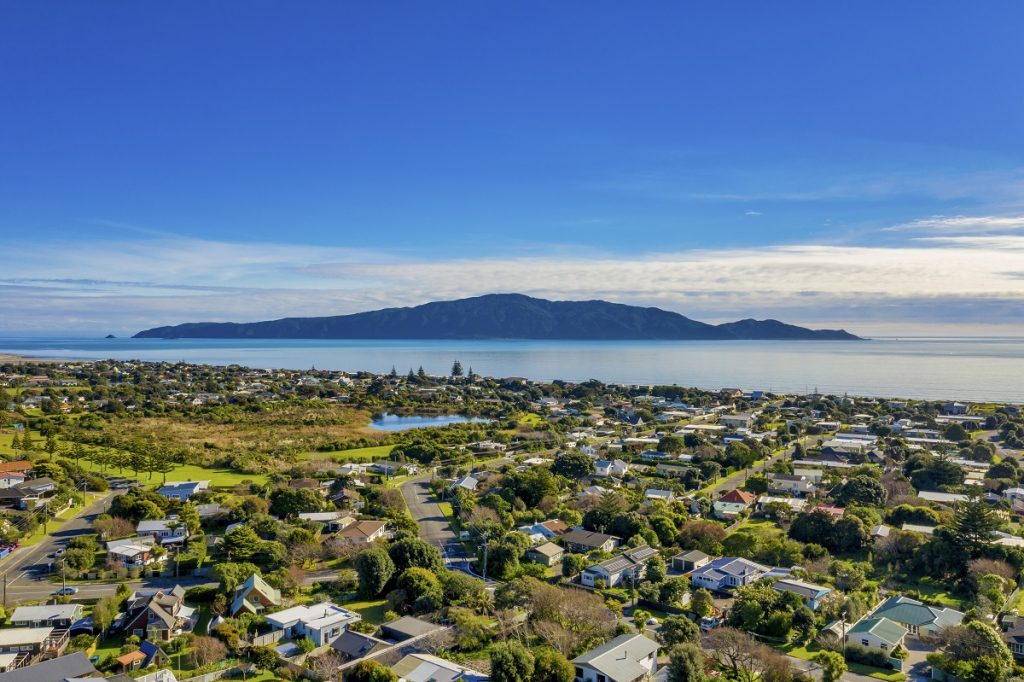 Nationwide values increased by a further 3.1% over April according to the latest CoreLogic House Price Index (HPI). While this brings the annual growth rate to 18.4% up from 16.2% last month, the annual measure is impacted by base affects. A year ago, economic activity, including the housing market, had stalled as the nation moved through the first COVID related lockdown.

It may come as a surprise to see the monthly pace of property value growth accelerate in April after the Government introduced the phased removal of interest deductibility for property investors, however it may take another month or so for these changes to flow through due to the monthly index reading including sales recorded over the past three months. We expect a downside impact on housing market growth to become evident over the coming months.

Anecdotes throughout April were abundant – telling of quieter open homes, a greater share of auctions ‘passing in’ and that a fear of over paying had replaced the previous over-riding emotion plaguing buyers which was of a fear of missing out.

The flow of valuations in April provides some evidence that housing market activity has reduced. Recent valuation orders are down -11% compared to the previous six months.

This could reflect the official reimplementation of the loan-to-value ratio (LVR) restrictions from 1 March (requiring a 30% deposit for almost all investment purchases). It may also reflect the uncertainty caused by the interest deductibility changes, as property investors take the time to assess the broader market impact and their own financial situation.

The drop is probably a lot lower than many have speculated. It seems there remains enough equity-rich investors and/or other home buyers who previously missed out to make up for the pull-back from other buyers. These previously back-row buyers also must have enough confidence in the future to remain active, and this appears the case.

No lift in owners exiting the market

Meanwhile, CoreLogic hasn’t seen any evidence of home owners looking to exit the market. According to Trade Me Property, new listings to market remained relatively steady throughout April, at around 3,000 new listings per week, until ANZAC weekend hit (1,800).

The total number of properties listed for sale on Trade Me Property dropped to 22,300 by the end of the month, from 23,100 at the beginning of the month.  Such tight advertised supply levels are likely to keep some sense of urgency in the market as buyers compete for a relatively small pool of advertised properties.

CoreLogic’s pre-listing measure, which tracks the volume of appraisals generated through Real Estate Agent research tools such as Property Guru, is tracking ‘only’ -6% behind the levels experienced over the last six months, when the market ran red hot.

This drop in appraisals will partly reflect the seasonal difference of vendors favouring to list property through spring and summer and not in autumn, so otherwise illustrates the relative normality of listing activity right now.

What the HPI does clearly illustrate is the significant growth in the market since we exited Alert Level 3 lockdown status almost a year ago, and began to return to a life more normal.

The significant value growth was most pronounced in areas with typically lower values – boosted by interest rates dropping, credit becoming more accessible and the continued attractiveness of property as an investment class.

This attractiveness was only enhanced throughout the pandemic recovery, as the Government stressed their desire to protect asset values, not only through the time of crises, but over the long term too. Gisborne and Whanganui, with average values of $579k and $485k respectively are typical examples of this.

Both regions have seen in excess of 30% growth in the last year, with some suburbs, such as Outer Kaiti in Gisborne experiencing even greater growth still, at 41% taking the median dwelling value to $379k. Looking at the top 10 suburbs nationally for annual value growth, five were in Gisborne, and two were in Whanganui.

Durie Hill values increased by 34.2% to a median of $551k, and Aramoho surged by 32.4% to $420k. Eltham, in South Taranaki, Flaxmere in Hastings and Pahiatua in the Tararua district round out the top 10, all with 30% annual growth or more.

Meanwhile the Kapiti Coast District, as measured by the HPI, also experienced an exceptional rate of growth over the past year, with the average value appreciating to $882k at the end of April, an increase of 32.7%. Kapiti’s appeal to Wellington workers continues to increase, as remote working is more widely embraced and an improved commute (thanks to Transmission Gully) inches closer.

Growth in the property market over the last year has been broad based, with the provincial centres seeing at least 14% annual growth.

Queenstown is the only exception, where the growth rate of even 6.3% was unfathomable a year ago as we shut our borders and pondered the future for areas like Queenstown, so heavily reliant on international tourism.

Looking ahead, our expectation for future gains has been tempered, as the profitability of investment property has reduced due to the tax changes around interest deductibility. This will likely mean a slowing of the recent growth rate over the next few months, which will give the Reserve Bank some time to assess whether they need to announce any intention to limit interest-only loans or put a cap on high debt-to-income lending.

Further communication will be released on these options in late-May, so in the meantime we await the Reserve Bank’s Financial Stability Review on Wednesday, which may provide more insight into their assessment of the current economy and so-heavily intertwined property market.

Plenty of interest will continue to focus on the Government too, as calls for rent controls linger, and we await clarification on some of the detail regarding the announced changes. Most importantly, what constitutes a new build and how long it remains a new build – for both interest deductibility and bright-line exemptions. Many current and future property investors will be very interested in the outcome of those final decisions.

Century 21 New Zealand owner, Derryn Mayne, hopes first-home buyers will feature strongly in the upcoming budget, with measures that actually get them into the property market.

“The Finance Minister has long promised to ‘tilt the balance more towards first-home buyers’ but almost every Kiwi would agree that has yet to be achieved,” she says.

Mayne acknowledges the Government recently lifted the price caps on eligible properties and the income thresholds of first-home buyers applying for HomeStart Grants and First Home Loans. However, she says at best it has turned out to be tinkering with little positive impact so far.

“Try buying an existing house in Auckland for $625,000 or a new build in Auckland for less than $700,000. In fact, since the higher price caps took effect on 1 April, we’ve in turn seen developers bumping up their townhouse and apartment prices to just below the new maximum caps. That’s a terrible public policy outcome and only puts more debt on first-home buyers.”

She says while property prices might be flattening out in some quarters, demand certainly isn’t, with first-home buyers still forced to go beyond the pale to secure a property.

Her comments follow Realestate.co.nz confirming they are expecting even more search traffic this year – a significant finding given 2020 was the website’s busiest year since 2016.

“Demand remains strong, but nationwide real estate agencies of every colour just don’t have the stock to match that demand. In fact, according to Realestate.co.nz the number of houses on the market nationwide in April was down nearly 20% on the same time last year. That’s a significant shortfall of listings,” she says.

The Century 21 leader says while the Government is achieving some sustainable cooling in parts of the property market, it remains miles off being tilted in favour of first-home buyers.

Strong momentum remains in Hamilton, with quarterly growth climbing to 9.4% and the annual rate of growth exceeding 20% (20.5%). “This equals a rise in values over the past year of almost $130,000. The strength of the dairy sector will be supporting economic activity in and around Hamilton, and this is likely to be underpinning the property market too. Mortgaged investors have certainly been very keen on Hamilton, with a 39% share of purchases so far this year – but the latest policy changes will start to impact this group, almost immediately.

The average property value in Tauranga now exceeds $900,000 for the first time ($922k). That is 19.0% higher than a year ago, which equates to a rise of more than $147,000. “Owner occupiers moving house remain an active buyer group in Tauranga, picking up 30% of sales in 2021. However investors, either using a mortgage to secure the purchase or not, continue to pick up the greatest share of sales, at 45% so far in 2021.

Wellington’s property values continue to increase, with the quarterly rate of growth exceeding 10.4% at the end of April. The annual growth rates show strength throughout the region, from 21.3% in Wellington (average value $1.1m) to 35% in Masterton (average value $579k).

Upper Hutt’s rise over the past year has been 29.9%, or more than $188,000. As with many other parts of the country, however, there is now clearer evidence that these rampant gains are seeing more would-be first home buyers drop out of the market, either by choice or because prices have exceeded their borrowing capacity.

The quarterly growth in average property values in Christchurch inched higher, to 6.9% at the end of April, pushing up the annual growth rate to 15.1%. Values in the city are now approaching $600,000 ($594k), up by almost $78,000 from a year ago. Christchurch remains more affordable than the other main centres, but even there, first home buyers are showing signs of ‘fatigue’, and mortgaged investors have certainly intensified the competition. They had a 27% share of purchases so far in 2021, a steady rise from about 21% two years ago.

Dunedin’s average property values rose by a further 2.4% in April, although the annual rate of growth did dip slightly to 15.1% (from 15.4% at the end of March). This equates to a rise over the past year of more than $83,000. The sustained growth rate, which has now seen prices double in just five years is putting pressure on prospective first home buyers, and as has been the case around the rest of NZ, mortgaged investors have been a rising presence – a 31% share of purchases in Dunedin in 2021 is their highest figure on record.