Christchurch now has a surplus of office space as the CBD rebuild winds down, while seismic issues have left Wellington with almost no available prime space. 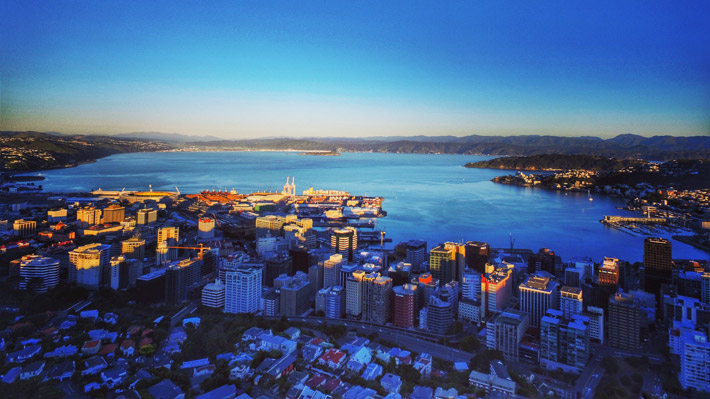 “Office sales are much stronger than the other commercial property sectors, and investor confidence remains high. There is plenty of buoyancy in the market,” he says.

“Provisional figures show $1.5 billion of office transactions of $5 million or more took place in the year to June 2017, outpacing both the industrial and retail sectors.

“Much of this activity took place in Auckland, but we’re still seeing strong demand and value growth across the country, with investors continuing to benefit from solid returns.”

“In the Christchurch market, supply is expected to exceed demand in the short to medium term. As a result, average prime net rents have pulled back from $395 a square metre last June to $370 this year.”

McMahon says a number of private and public sector tenants have settled into their new CBD premises recently, contributing to steady leasing activity. Investor confidence is now picking up to pre-2011 earthquake levels.

“As a result, there are unlikely to be any major office development projects for another five years, at least, unless a large tenant opts for a design build.”

Burrows says there is strong demand from medium-to-small local firms wanting to be in the CBD.

“However, these firms don’t have many options, as developments to date have focused on larger floor plates, many of which can’t be easily subdivided. This has created a potential opportunity for the sale or lease of smaller units.”

Burrows says the substantial number of office workers now in the CBD has been a welcome boost to the retail and hospitality sectors.

“A number of large retail stores have opened recently, while The Terrace hospitality precinct is due to open at the end of the year. All of this is incredibly positive for Christchurch’s CBD.”

In Wellington, the ongoing effects of last year’s quake are continuing to place pressure on the CBD office market.

McMahon says there has been a significant reduction in CBD office stock and noticeable tenant churn over the last 12 months.

“Virtually no prime stock is available, with only 0.1 per cent vacant, as a consequence of buildings being removed from the total stock due to seismic damage,” he says.

“This has driven up average prime gross rents, which have increased 5.5 per cent over the past year to $481 a square metre.”

“Once they overlay their requirements for seismic, size, location and budget there may be very few realistic properties to consider, of which one is a standout and the remaining properties require compromises,” he says.

“Tenants are accelerating their processes to lock down conditional contracts on premises and then undertake due diligence in relatively short periods of time.

“This gives them control over the option and blocks competition from other tenants.

“Tenants who are able to do their ‘homework up front’ and work though their internal approvals in a timely manner are nimbler when dealing with the reduced capacity and the competition from other tenants.”

In Auckland, the completion of new office stock has helped to ease some of the city’s demand pressures.

Auckland’s prime CBD office vacancy rate increased to 3.8 per cent in June 2017, up from 1.9 per cent a year earlier.

“Although a substantial amount of new office stock is due to become available in 2019, this will only address pent-up demand,” he says

“In fact, demand remains so strong that new office developments are being pre-leased well before they are completed.”

Gallaugher points to Precinct Properties’ 39,000sq m office tower development, Commercial Bay, which is already 66 per cent pre-leased as of August 2017 – well ahead of its mid-2019 completion date.

A lack of space in Hamilton and Tauranga has triggered new office developments, while Dunedin’s overall vacancy rate has dropped to a record low 10.5 per cent.