The Government has released the first draft of the Natural and Built Environments Act (NBA), one of the proposed laws meant to replace the cumbersome Resource Management Act (RMA) which has stunted New Zealand’s ability to build more houses 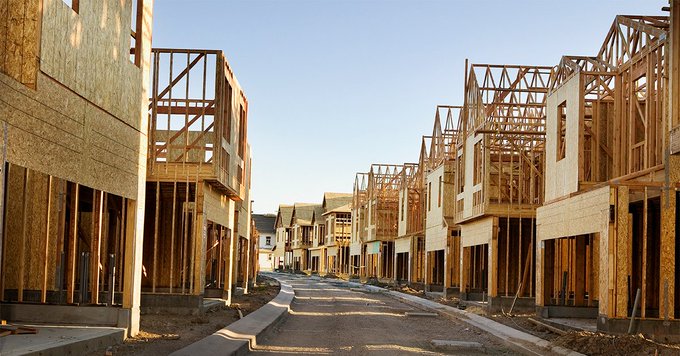 Reforming the Resource Management Act has been seen as a once in a generation opportunity to improve New Zealand’s ability to deliver more housing. While some are praising the Government for taking action, others say the Government has just squandered that opportunity.

“We are concerned that the Bill as it stands will, in some cases, make consenting and development more difficult,” says Property Council New Zealand’s Head of Advocacy, Denise Lee.

“It is hard to see how meeting all of the listed environmental outcomes will make the process less bureaucratic and burdensome. We have always favoured bottom lines to both protect and enhance our natural environment, while simplifying the system to get more developments consented.”

Lee says one of Property Council’s key concerns is the lack of mention of development in the purpose section of the Natural and Built Environment Bill. This seems an obvious omission given the Bill’s requirement to support sustainable development.

“New Zealand is simply not building enough houses, quickly enough, and with the quality and innovation needed to service its growing and changing population.”

“The whole idea is to make the RMA simpler and easier to deal with. The real risk is that at the end of this process we end up with something that is more costly, complicated and cumbersome than we already have.

“The Government needs to act with much more urgency to cut through our complex planning rules and free up housing supply.”

House prices in New Zealand continue to skyrocket, with lack of supply being the chief contributor to this. There is a sense of urgency to repeal the RMA which Collins says the Government has failed to recognise.

“Everyone agrees the RMA needs scrapping, we can’t understand why Labour doesn’t sense the same urgency. We need urgent legislation to free up housing supply because we can’t wait years for the RMA to be replaced.”

Collins says she already has a bill drafted which approaches housing in a similar way to Christchurch, which now has some of the most stable house prices in the country.

“We know what works, National freed up planning rules in Christchurch after the earthquakes and house prices stabilised. My Bill takes the same approach across all of New Zealand, requiring councils to urgently upgrade their District Plans to make it easier for people to build houses.”

Environment Minister David Parker argues that the new system will be more efficient and effective. He says the NBA sets out the ways the proposed system will protect the environment.

“A new national planning framework will provide clear direction on how the new system is implemented.  This integrated set of regulations will include mandatory environmental limits that cannot be crossed to avoid irreversible harm to the environment.

“For the built environment, outcomes include well-functioning urban areas, more housing supply and enabling infrastructure. The new Act will include choice for consumers, contribute to the affordability of housing and the productivity of our economy,” says Parker.

The proposed legislation does reduce the number of plans and policy statements around the country from 100 to 14. Property Council welcomes this, as it will mean a more streamlined approach can be taken to planning.

“But with this needs to be the commitment to resourcing authorities and consenting teams properly,” Lee says.

“Already local authorities are stretched. Ensuring they are resourced to make implementation as seamless as possible, as well as provide support to continue to consent new developments will be critical to the success of the new system.”

“We believe there needs to be a commitment to resourcing territorial authorities to build strategic spatial plans that give regional effect to the proposed National Planning Framework,” says Chair Reginald Proffit.

“Local authorities are already stretched doing core tasks and these changes will come on top of a number of other proposed reforms.

“New and enhanced planning skills will be required at local government level, and this training and education needs to be planned and provided for so the people at the heart of implementation can pick up the reins and run with it.”

“Mana whenua are expected to play a greater role in planning during the development of Regional Spatial Strategies,” Kirk explains.

“However, iwi and hapū often struggle with their current resource management responsibilities, as they are often small organisations that experience consultation fatigue when asked to participate and contribute to all resource decisions.

“If greater responsibility is placed on mana whenua, I suggest they will need to be provided with more support to enable them to most effectively participate.”

Infrastructure New Zealand’s Chief Advisor Claire Edmondson states she is encouraged by the Bill’s overall direction and calls it a radical shift that will see process-heavy matters shifted to a national planning framework.

“This will serve as a key catalyst in achieving a resource management system that is nimble and responsive.

“The national planning framework will effectively be a set of regulations that Cabinet can update or review without having to go through the Parliamentary process as is the case when passing a bill or amending an act.

“A key criticism, amongst many others, has been that the RMA failed miserably in adequately accounting for cumulative effects. We are encouraged to see that the exposure draft shifts away from just managing effects of activities to setting positive outcomes.”

Edmondson says the Bill could be strengthened on infrastructure matters as it still does not go far enough in considering infrastructure an integral part of the resource management system.

“While the Bill is welcomed, what will ultimately matter is how clear national direction is, how well the new law will be applied and how the courts will interpret it. The mismatch between intention, interpretation and application has been a key failure of the RMA and we cannot afford to let that happen again.”