From when the Wellington City property market started to boom (around September 2015) through to March this year, average values rose by 52%, or more than $282,500, but in the past six months, that strong upswing has come to a shuddering halt, CoreLogic Senior Research Analyst Calvin Davidson observes 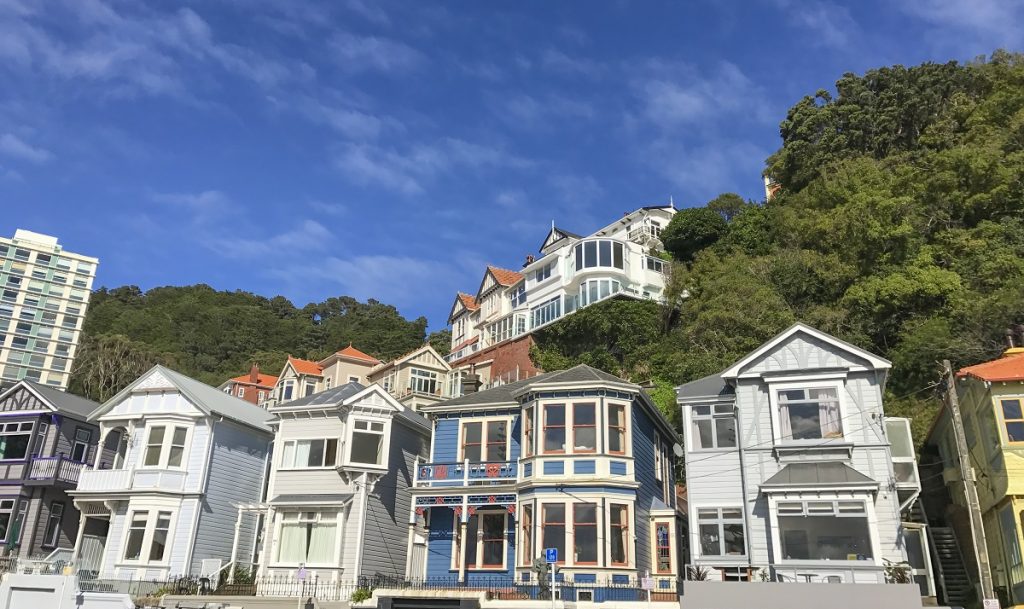 Wellington City’s values have been flat since March (they’re currently $827,436). That’s seen the annual growth rate halve from around 8% six months ago to 4% now.

The first point to note is that the slowdown has been relatively widespread, not just concentrated, for example, in a few expensive suburbs. Admittedly, as the map shows (second chart), there are still a few pockets of growth, e.g. since March, Tawa, Khandallah, and Te Aro have seen values rise by 1-2%. But many areas have been flat, and falls in values have actually emerged in suburbs such as Wilton (-3.9% since March), Wadestown, Central, Kelburn, Hataitai, Newtown, Berhampore, and Island Bay. Those ‘fallers’ are a pretty broad spread of suburbs by geography and value tiers.

Underlying the soft patch for Wellington property values over the past six months there seems to be both a supply and demand effect. On the supply side, listings appear to have bounced up a bit – which is a natural response to the previous strong growth in values. Another natural response is the rise in new dwelling consents, which are now at the highest level in Wellington City for a decade. Then at the same time, the volume of achieved sales has slipped, hinting at softer demand. In other words, buyers seem to have taken a bit of a breather, and are perhaps taking more time now to consider pricing and what they want to offer.

The shift in the buyer mix supports that argument. As the third chart shows, the influence of first home buyers (FHBs) in the capital has waned a bit so far in 2019, while the share of purchases going to mortgaged multiple property owners (MPOs, or investors) has risen. The fourth chart shows that the key investor sub-group recently (12% market share) has been the smaller players; those with two properties – i.e. their residence and another property (e.g. a rental). The key point is that, generally speaking, investors are more likely than FHBs to make cold, hard financial decisions (rather than emotional) and this has probably played a role in the flattening off for prices in the capital.

Indeed, there’s evidence that would-be FHBs in Wellington City have switched and are finding better conditions elsewhere in the greater area. For example, the market share for FHBs in both Porirua and Lower Hutt in 2019 to date is a record high of 35%. Both those markets are about $220,000 cheaper than Wellington City, and also look more affordable on measures such as the price to income ratio, % of income required to service a mortgage, and typical time required to save a deposit.

Overall, it’s possible that this may just be a temporary pause for property values in Wellington City, before growth resumes over the next few months. However, it’s interesting that many of the features of this soft patch look similar to what we’ve seen in Auckland and Christchurch for about 2-3 years now. As such, it certainly wouldn’t be a surprise to see a quieter Wellington property market from here on.