The loan-to-value ratio restrictions are hurting house sales across the country and should be revamped for first-time buyers, the real estate industry trade body claims. 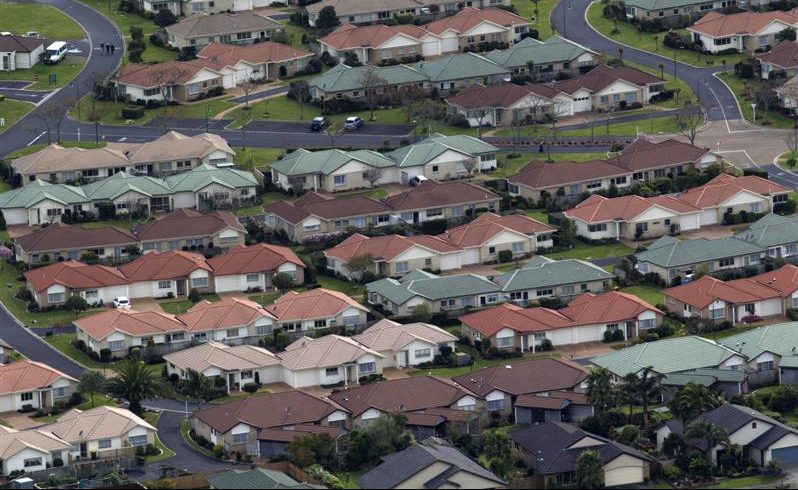 The number of properties sold across New Zealand in July fell by a quarter (24.5 per cent) when compared to the same time last year.

The number of properties sold in Auckland fell by 30.6 per cent for the same period according to the latest data from the Real Institute of New Zealand (REINZ) – source of the most complete and accurate real estate data in New Zealand.

From a national perspective, this represents the lowest number of properties sold in a non-Christmas month (i.e. December/January) since August 2014.

“A key reason for this is that the two biggest hurdles to purchasing a house right now are access to finance as the banks continue to tighten their lending criteria and loan-to-value (LVR) restrictions.

“This creates an intimidating barrier to entry to the real estate market, particularly for those saving for their first home.

“No matter where we are in the country, agents tell us that there are a good number of buyers out there, but that these two issues are impacting both investors and first-time buyers alike.

“When you throw in an election, winter, school holidays and one of the wettest Julys on record, it’s little wonder the number of properties sold last month fell so significantly.

“The LVR restrictions have done their job of slowing the market, but now it seems they are acting as a handbrake, which is why REINZ is calling for LVRs to be reviewed for first-time buyers,” says Norwell.

The REINZ House Price Index, which measures the changing value of property in the market, showed that the value of dwellings in New Zealand overall increased by 1.2 per cent.

Excluding Auckland, national values increased by 7.5 per cent, whereas in Auckland dwelling values have decreased by 2.1 per cent.

“Most notably this growth is seen in provincial towns rather than the bigger cities – much of this can still be attributed to people looking to exit the bigger cities for more affordable and relaxed lifestyles,” she continues.

“While the median house price for Auckland has fallen slightly, the housing shortage coupled with the increased population growth means the City of Sails is likely to be protected from significant price decreases in the short term.”

The median number of days to sell a property nationally increased by 4 days (from 31 to 35) when compared to July 2016.

Regionally, Nelson had the shortest number of days to sell (24), followed by Wellington (28) and Otago and Southland (both on 29).

Property on the West Coast took the longest to sell at 111 days (a significant drop on the 162 days it took in July last year), followed by Northland on 46 and the Bay of Plenty on 45.

The number of properties sold by auction continues to decline across New Zealand with 767 auction sales in July representing 14 per cent of all sales.

For the year to June, the number of auctions has declined by 31 per cent or 6,328 sales.

The number of properties available for sale nationally rose by 1,441 (7 per cent) compared to 12 months ago.

Additionally the number of properties for sale in the Auckland region increased by 2,648 (49 per cent) providing more choice to buyers.

Excluding Auckland, the number of properties for sale fell by 1,207 (-8 per cent) highlighting the impact Auckland has on the overall picture.

The regions with the biggest decrease in inventory were Southland (-32 per cent), Otago (-25 per cent) and the West Coast (-23 per cent).

The issue is purchasers being hamstrung by finance and LVR restrictions, she maintains.

“However, in the lower South Island, listings are down making it even harder for investors and first-time buyers to compete for properties,” concludes Norwell.