REINZ’s latest figures are a clear indication that despite intervention from the Government and the Reserve Bank, house prices will continue to skyrocket until supply catches up with demand 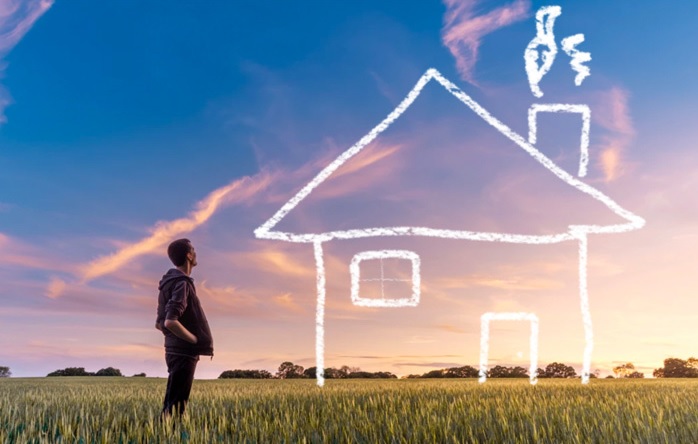 Median prices for residential property across New Zealand increased by 32.3% from $620,000 in May 2020 to $820,000 in May 2021, driven by inventory levels being at their lowest point ever. Despite this, houses continue to sell at a record rate.

“The market is still damn hot and will be until buyer demand can be met,” says Century 21 Owner, Derryn Mayne.

“Price growth will undoubtedly slow, and possibly to single figures, but less than 1% is not going to happen as long as the housing shortage continues, consumer confidence ticks along, and servicing a mortgage remains cheaper than paying rent,” she says.

“Median prices haven’t significantly eased yet as many had hoped would be the case, and things are certainly not getting any more affordable for first time buyers.”

In addition to Auckland, 3 other regions reached record median prices and 1 region was a record equal:

“Whilst we haven’t seen as many record median prices in May as we’ve seen in the past few months, with some of the regions starting to show signs of prices easing, it’s hard to know whether this is a direct result of the 23 March announcements or just the usual winter slow down,” Alexander says.

“This is particularly true given that the Auckland market is still forging ahead, with another record median price seen in May. There are now only two districts in the Auckland Region where the median house price is less than $1 million – Franklin District ($822,000) and Papakura District ($900,000). 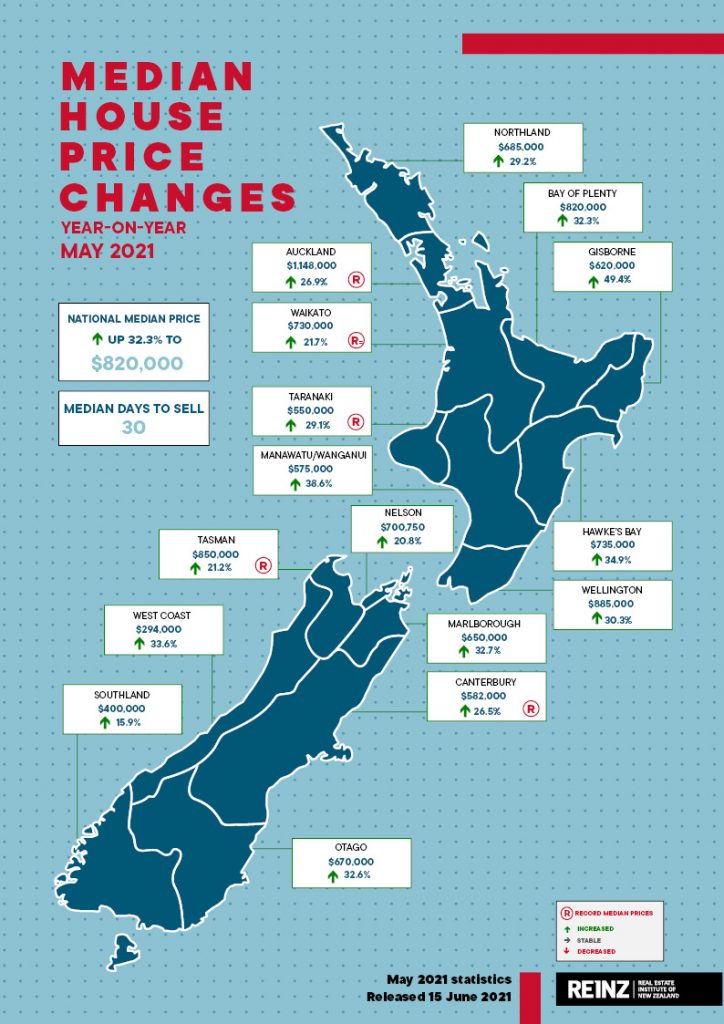 “Looking at the overall picture, we’re still seeing that the lack of total housing supply is continuing to push up house prices,” Alexander continues.

“In May, there were less than 15,000 properties available for sale across the entire country. This is the second lowest level of total inventory we’ve seen since we began collecting records, and properties are still selling relatively quickly for this time of year which is when we usually start to see things slow down a bit.”

All 16 regions saw annual increases in sales volumes. Auckland saw the busiest May month in 5 years with 2,766 properties sold, a 3.7% increase on April 2021 and a 133.4% increase on May 2020. In addition to Auckland, regions with the biggest increases were:

“It’s also worth noting that some of the annual sales volume comparisons are still a little skewed by the impact of the COVID-19 Level 3 lockdown in May 2020 so it won’t be until next month that we get a clearer picture of how things are really going,” points out Alexander.

“Much of the overall growth looks to be driven by the Auckland market, as many regions have actually seen the lowest number of properties sold for a May month (excluding May 2020) for a number of years. This would suggest that the re-introduction of LVRs is having a strong influence on people’s ability to save the required deposit given how much house prices have risen of late.

“Looking forward, we would expect sales volumes to remain relatively stable over the winter months, however, if we don’t get more listings coming onto the market, it could be a very quiet winter indeed.”

The low amount of housing stock could explain why the median number of days to sell a property nationally decreased 28 days from 58 to 30 when compared to May 2020, the lowest for a May month since records began.

Auckland saw the median number of days to sell a property decrease by 30 days from 62 to 32, the lowest for the month of May in 6 years.

Eight regions across the country had a median number of days to sell of 30 or less – the first time we’ve seen this in a May month since May 2005.

For the first time since January 2014, Gisborne had the highest days to sell of any region at 36 days. 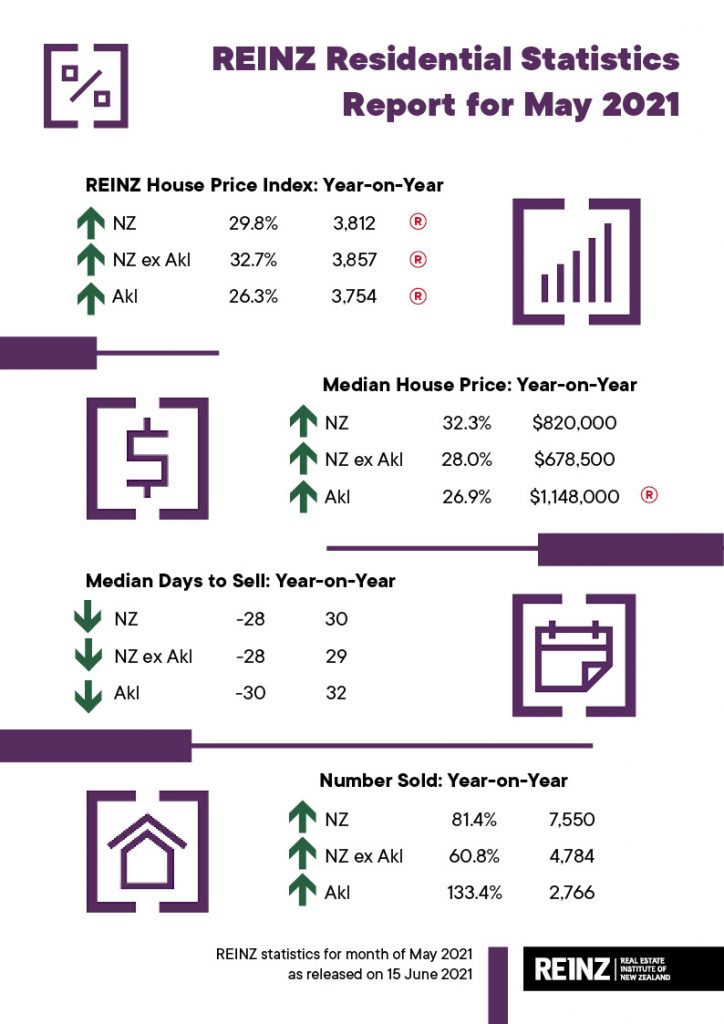 Nearly a third of all properties sold by auction (28.5%) – the highest percentage of auctions for a May month ever, showing that auction rooms aren’t showing the usual signs of a winter slowdown just yet.

“This growth is underpinned by some very strong results in the REINZ House Price Index (HPI), which reached a new high and represented the highest annual percentage increase in the New Zealand HPI that we’ve seen since records began,” says Alexander.

The REINZ HPI, which measures the changing value of property in the market, increased 29.8% year-on-year to 3,812 a new high on the index. This is the twelfth consecutive month that we’ve seen a new high, showing the continued strength of the market.

The HPI for New Zealand excluding Auckland showed house price values increased 32.7% from May 2020 to 3,857 in May 2021, a new high on the index and the highest percentage increase since records began.

Mayne says given the strength of REINZ’s latest numbers, it’s time for the Government to revisit its price caps to enable more first-home buyers access to First Home Grants and Loans.

“They were lifted slightly on 1 April, but they’re still woefully inadequate which is killing the Kiwi homeownership dream for thousands. Auckland’s new caps of $625,000 for existing homes and $700,000 for new builds are already a joke. The Housing Minister now needs to take an urgent proposal to Cabinet to revise the price caps nationwide.”