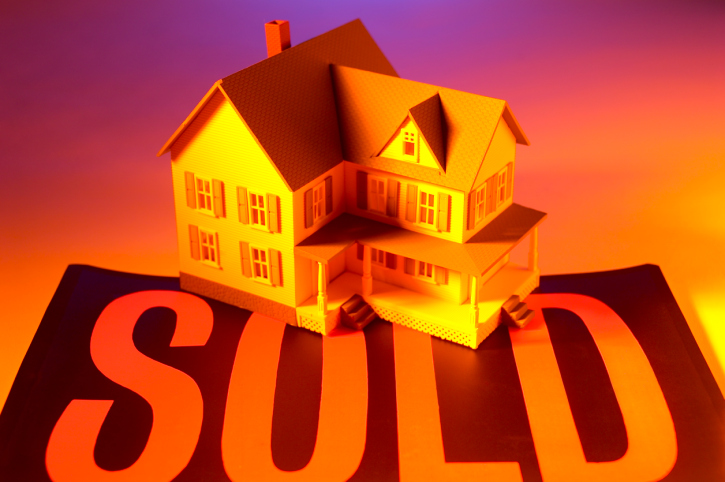 “We’re seeing houses sell at their fastest pace in a March month ever and the highest percentage of auctions the country has ever seen since REINZ began keeping records, showing just how quickly the market is moving,” says REINZ acting Chief Executive, Wendy Alexander.

“The national median also reached a new record, increasing by $46,300 since last month, showing just how much pressure has been placed on house prices and how we desperately need more supply to come to the market.”

“March threw a Level 3 lockdown at Auckland, higher deposit requirements for all buyers, the Government wiping interest tax deductibility and extending the bright-line test to 10 years, and yet the market in March didn’t even blink,” says Century 21 New Zealand Owner, Derryn Mayne.

“While the impact of these measures hasn’t been reflected in the March numbers, I strongly suspect April’s numbers will be a little calmer.”

Alexander expects house prices to continue rising over the next couple of months, but hopes this will be at a slower pace than over the last 6 to 12 months.

“Hopefully the re-implementation of the LVRs, changes in government policy and the move towards winter will slow the rate of growth down a little, but only time will tell what effect they will have,” she says.

Mayne points out that from 1 May, LVR restrictions only get tougher. Property investors will be required to stump up a 40% deposit, which she says will definitely take out many ‘mums and dads’ contemplating buying a rental property.

“With interest rates still rock bottom and economic confidence reasonably positive, I’d be selling this side of winter.” 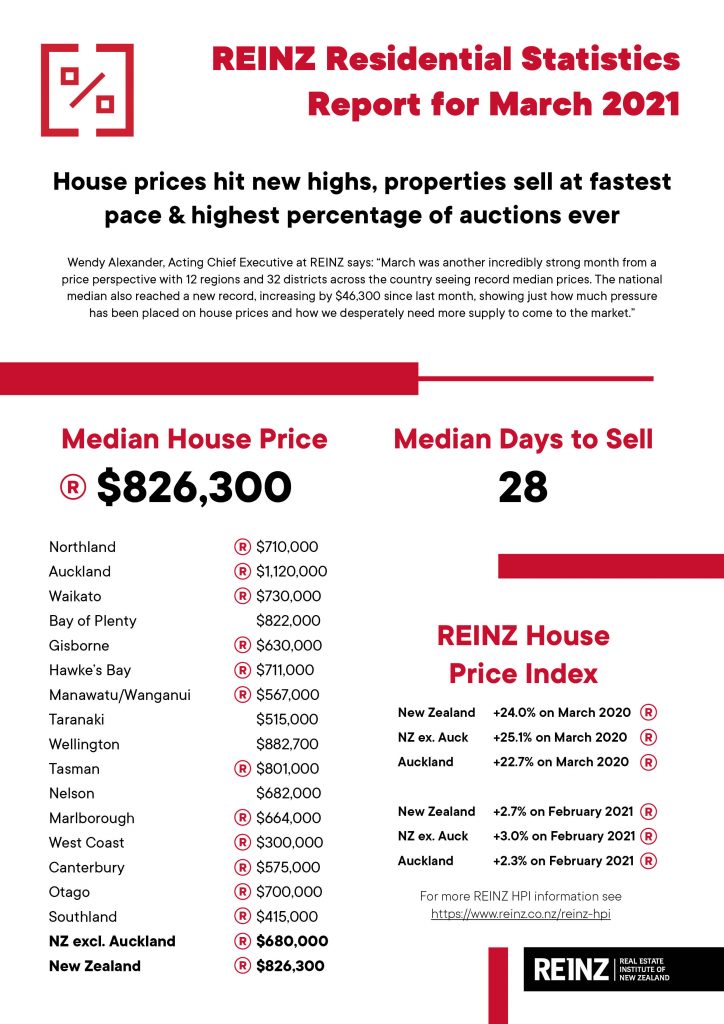 “March was another incredibly strong month from a price perspective with 12 regions and 32 districts across the country seeing record median prices,” says Alexander.

In addition to Auckland, 11 other regions reached record median prices. They were:

“The Manawatu/Wanganui region has now had 9 record median prices in a row,” continues Alexander.

“These sorts of price rises are unsustainable and show just why New Zealand continues to top the league tables of most unaffordable nations in international studies.” 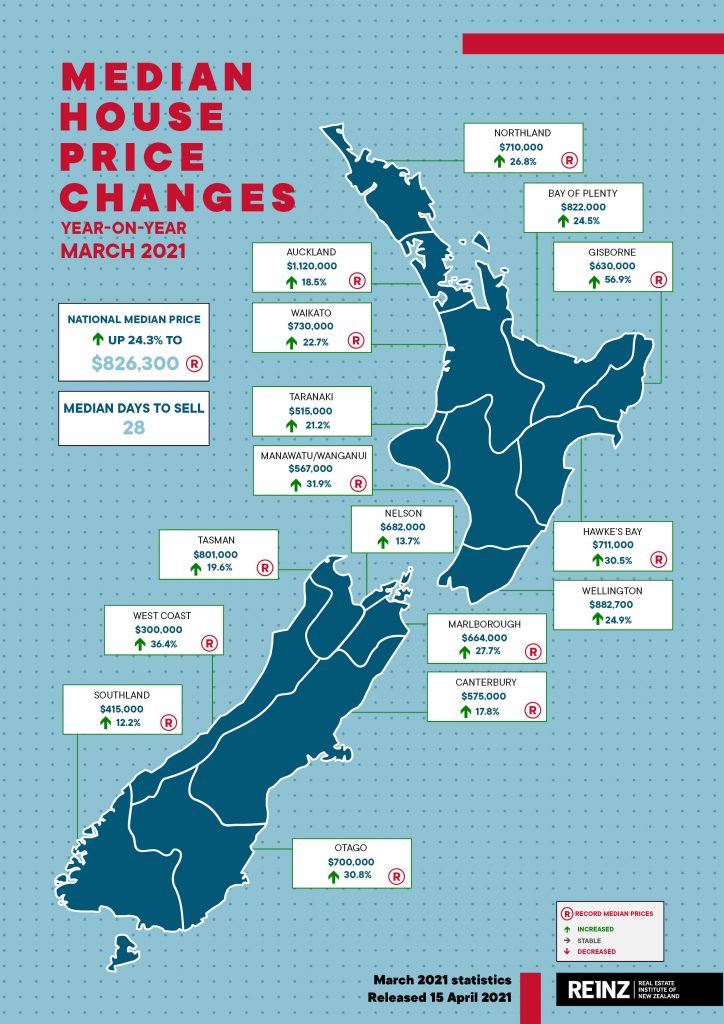 “The number of properties sold in March was the highest we’ve seen for a March month in 14 years (March 2007), with 2,313 more properties sold when compared to March 2020 – an additional 75 properties per day,” Alexander says.

“March’s result is much higher than many commentators would have expected, as on 1 March the first tranche of the LVR restrictions came back into effect with investors requiring a 30% deposit and owner-occupiers requiring a 20% deposit.

“Therefore, we would have expected sales volumes to slow a little as buyers took this into account, however, it might just be that we need a few more months for this to really start to take effect.”

In March, 12 out of 16 regions saw annual increases in sales volumes. In addition to Auckland, regions with the biggest increases were:

“The West Coast has now had five months in a row where we’ve seen annual increases in sales volumes in excess of 40% – the last two months alone have seen an 80.0% increase and this month it’s been a 120% increase showing how strong interest levels are in the region right now.

“Given how affordable the region is, we would expect sales volumes to continue at a strong pace for a few more months yet,” continues Alexander.

Auckland saw the median number of days to sell a property decrease by 2 days from 33 to 31, the lowest for the month of March in 6 years.

Three quarters of the country (12 regions) had a median number of days to sell of less than 30 – the first time in we’ve seen this in a March month ever.

Properties in Manawatu/Wanganui have sold at the fastest rate of any region in New Zealand, with the median number of days to sell at 20 – a record low for the region – compared to 23 days in March 2020.

Northland had the highest days to sell of any region at 35 days, albeit down from 52 days at the same time last year – the lowest for the month of March since records began.

Wellington had the lowest level of inventory in the country at 6 weeks, followed by Waikato and Bay of Plenty with 7 weeks’ inventory.

The REINZ House Price Index (HPI) for New Zealand, which measures the changing value of property in the market, increased 24.0% year-on-year to 3,756 a new high on the index. This is the highest annual percentage increase in the HPI that we’ve seen in 205 months (February 2004), and is the second highest on record, showing just how strong the market was in March.

Auckland’s house price values increased 22.7% year-on-year to 3,749 meaning house values in the City of Sails have increased by more than 270% since 2003 when the index base level was set.

Additionally, every region reached a new high on the index.

In March, Gisborne/Hawke’s Bay again had the highest annual growth rate in house price values with a 32.4% increase to a new record index level of 4,220. In second place was Manawatu/Wanganui with a 31.7% increase and in third place was Wellington with a 31.2% annual increase in house price values. Both Manawatu/Wanganui and Wellington’s increases were the largest HPI movement for the respective regions since records began. 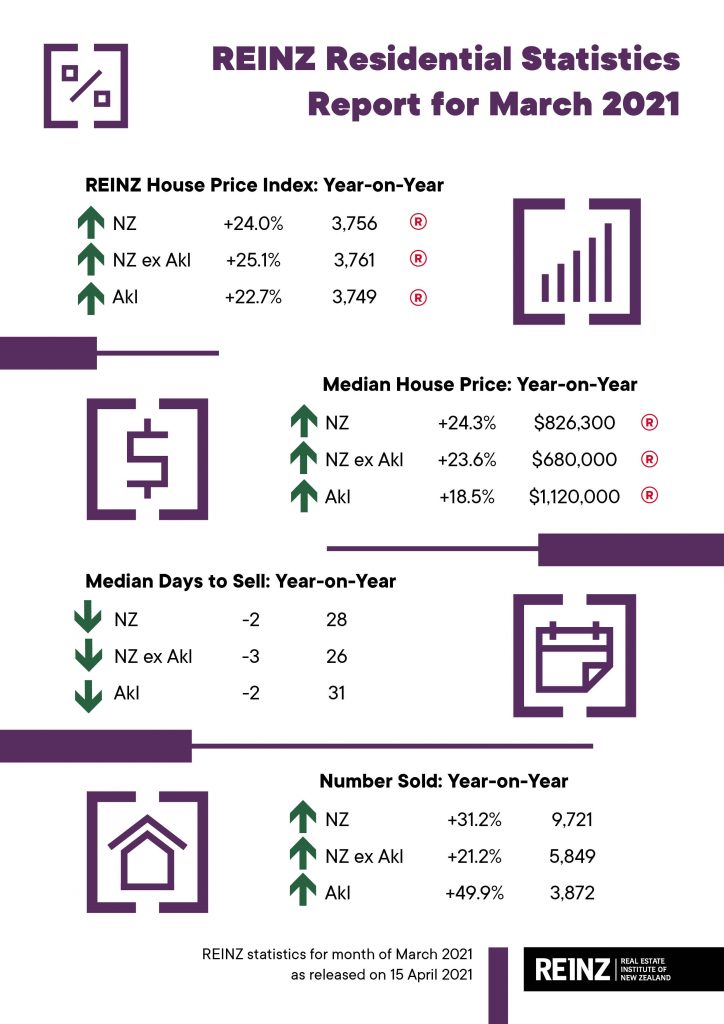