Despite Government measures to cool the property market, this year saw the most properties sold in June for five years while New Zealand’s median house price rose again to $820,000 according to the latest data from REINZ 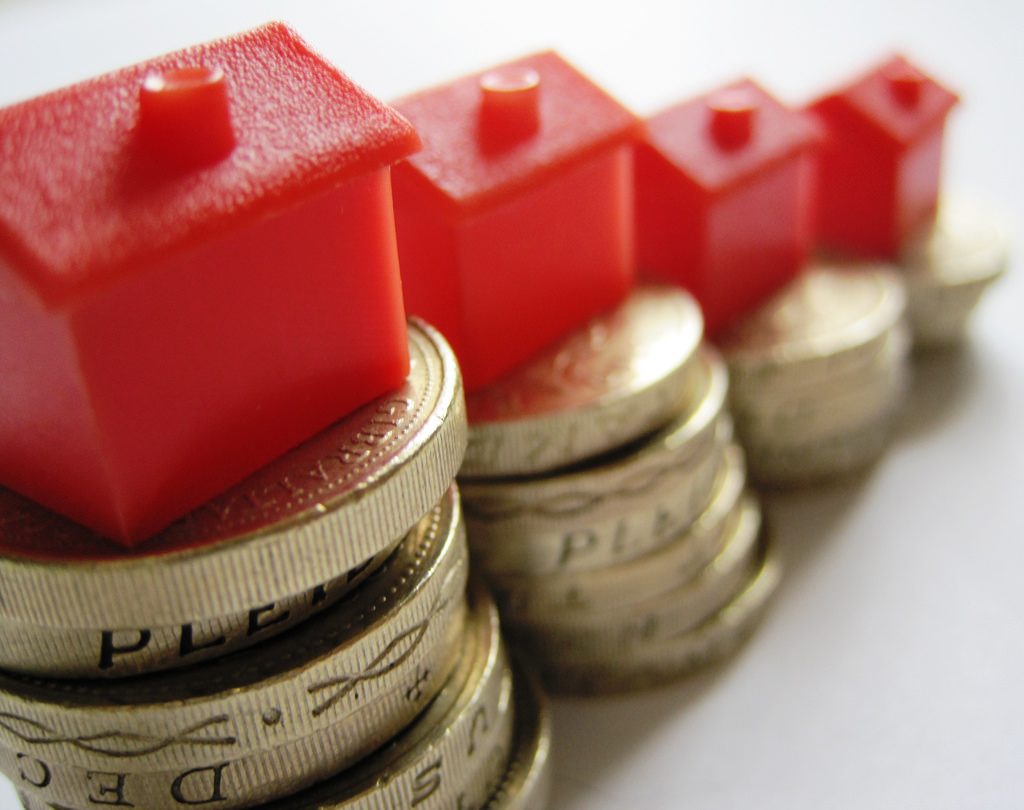 In addition to Auckland, 4 other regions reached record median prices and 1 region was a record equal. They were:

Jen Baird, Chief Executive at REINZ says house price rises have continued to defy expectations with every region in the country seeing an uplift in median house prices when compared to the same time last year, and five regions seeing outright records in June.

“Even the month-on-month data has shown a slight uplift (+0.3% nationally), and more than half of the regions saw an uplift when compared to May suggesting that the market is refusing to cool.

“Once more, we’re seeing this story echoed by some very strong results in the REINZ House Price Index (HPI), which again reached a new high on the index. Every region saw an uplift in HPI values compared to the previous month – and the three months prior – suggesting that the market will hold strong for a few more months yet.

“Those buyers hoping for a bargain over winter might be disappointed, and today’s data really points to how important it is to address the housing supply issues we have,” she continues.

“We’ve talked about FONFA (the fear of not finding anything) before, but with less than 14,000 properties available for sale, this is becoming a real issue across parts of the country – especially when houses are selling as quickly as they are at the moment,” points out Baird.

Century 21 New Zealand owner Derryn Mayne says low listings remain the biggest problem for agents and buyers alike. However, potential sellers need to seriously consider getting onto the market sooner rather than later.

She says real estate agents have reported a bounce – four months after Government and Reserve Bank policies started to take effect to try to cool the housing market.

July’s REINZ & Tony Alexander Real Estate Survey was recently released. It revealed a net 53% of agents continue to feel that prices are rising in their area, compared to 32% last month. At the same time, a gross 60% feel that FOMO (fear of missing out) remains a factor for buyers – up from 51%.

Mayne says that Treasury’s forecast back in May of house price growth falling to 0.9% by June 2022 is looking increasingly unlikely. The number of residential properties sold in June across New Zealand increased by 6.2% when compared to the same time last year (from 6,913 to 7,345) – the highest for a June month for 5 years.

For New Zealand excluding Auckland, the number of properties sold decreased by 4.0% when compared to the same time last year (from 4,769 to 4,579) – the lowest for a June month in 2 years.

In June, 6 regions out of 16 saw annual increases in sales volumes. In addition to Auckland, regions with increases were:

Regions with the biggest annual decrease in sales volumes were:

“Despite the reintroduction of the LVRs just a few months ago and the 23 March announcements to try and cool the property market, June saw the highest number of properties sold across the country in a June month for 5 years highlighting the underlying strength in the market,” says Baird.

“Reports from agents around the country are that there are still good numbers of attendees at auctions and open homes; and that both first time buyers and investors are still relatively active in the market.

“Again, much of the national growth has been driven by the Auckland picture, but the market hasn’t seen the full winter slow down we normally expect,” points out Baird.

“Looking forward, we would expect sales volumes to continue at a solid level for the next couple of months unless we see any significant changes in the underlying fundamentals,” concludes Baird.

The REINZ House Price Index (HPI) for New Zealand, which measures the changing value of property in the market, again increased 29.8% year-on-year to 3,844 a new high on the index. This was the highest annual percentage increase in the HPI that we’ve seen since records began and is the thirteenth consecutive month that we’ve seen a new high, showing the continued strength of the market.

The HPI for New Zealand excluding Auckland showed house price values increased 33.4% from June 2020 to 3,904 in June 2021, a new high on the index and the highest percentage increase since records began.

In June, Manawatu/Wanganui had the highest annual growth rate in house price values with a 48.7% increase to a new record index level of 5,049. The first region in the country to cross the 5,000 mark meaning that the value of houses in Manawatu/Wanganui have increased by more than 400% since 2003.

In June, the median number of days to sell a property nationally decreased 15 days from 46 to 31 when compared to June 2020, the lowest for a June month since 2016.

Auckland saw the median number of days to sell a property decrease by 22 days from 54 to 32, the lowest for the month of June in 5 years.

Eight regions across the country had a median number of days to sell of 30 or less – the first time we’ve seen this in a June month since records began.

For the second month in a row, Gisborne had the highest days to sell of any region at 41 days – the only region with a median days to sell in excess of 40 days.

June saw more than a quarter of all properties sold by auction (26.9%) up from 10.7% in June 2020. This is the highest percentage of auctions for a June month since records began, highlighting that auction rooms are still not showing the usual signs of a winter slowdown.

New Zealand excluding Auckland saw 17.8% of properties sold by auction, up from 6.2% in June last year – the highest percentage of auctions for a June month since records began.

Gisborne was close behind in third place with 34.1% (15) properties sold under the hammer – down from 46.3% (25) in June last year. This was the first time since January 2020 that Gisborne wasn’t in the top two when it came to percentage of auctions. 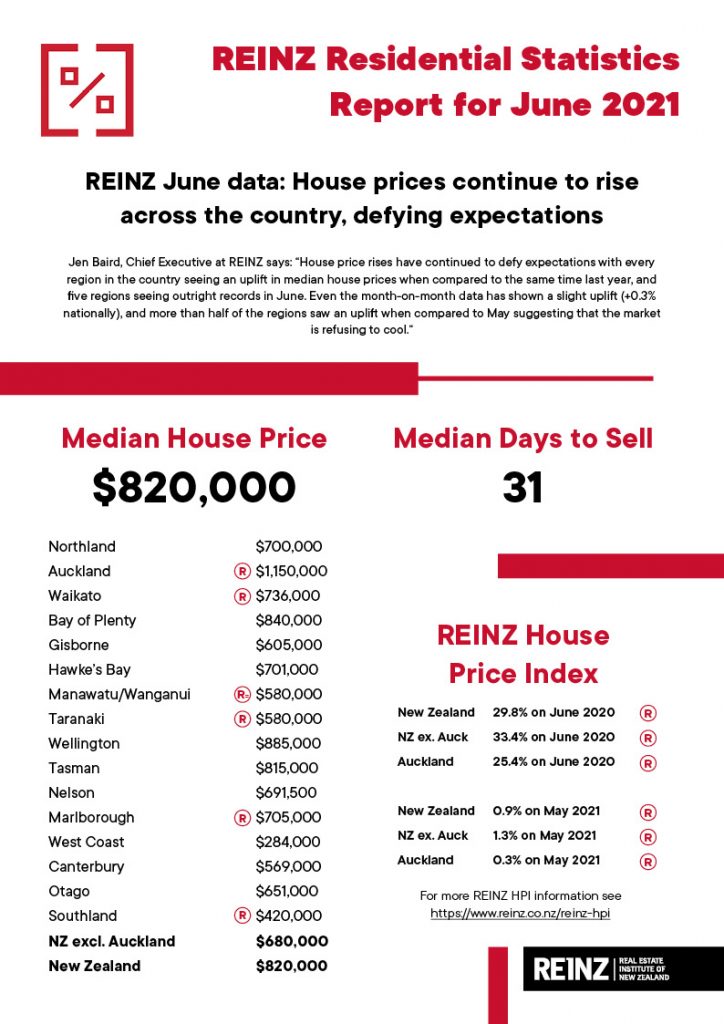