Last week’s housing announcement has drawn attention all over the country, and with CoreLogic data showing the highest rate of value growth in 15 years, it would appear this heightened attention is justified – CoreLogic Head of New Zealand Research Nick Goodall explains 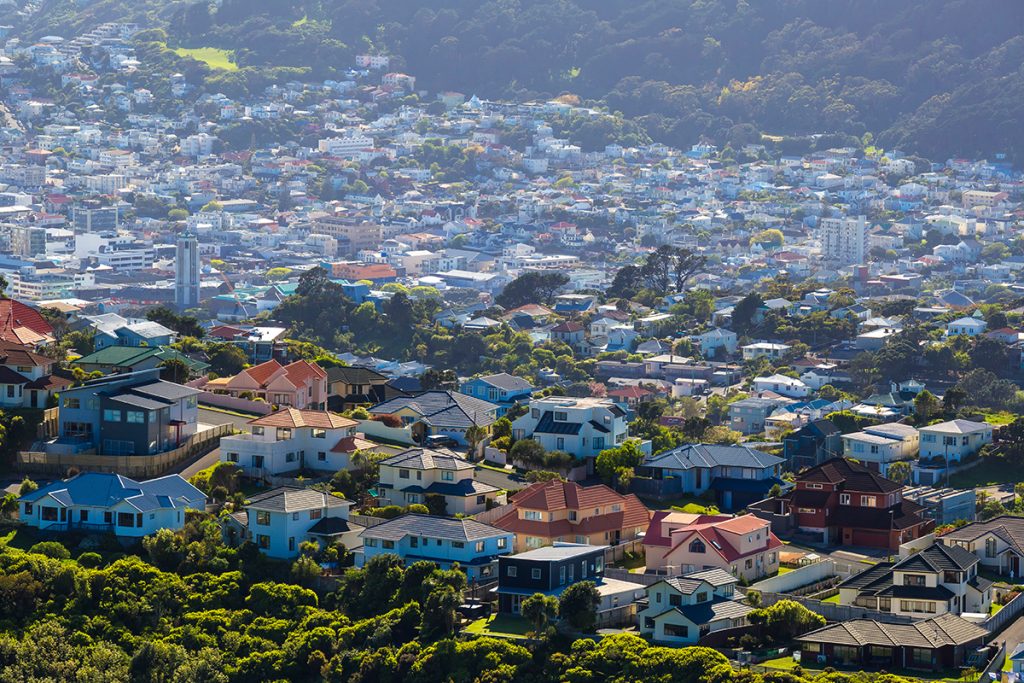 Nationwide values increased by a further 2.2% in March, which takes the annual growth rate to 16.1%, the highest rate of growth since January 2006.

This prolonged period of value increases provides a compelling backdrop to the Government’s recent housing announcement, which has been met first with shock and then with a mix of relief (for would-be first home buyers), concern (from renters) and criticism (from property investors).

The policy which caused the most surprise, and subsequent attention, has been the proposal to remove the ability for property investors to deduct their interest expense from their tax returns.

This has led to a discussion on whether the cost will be passed through to tenants, via rents and also whether the change will result in investors withdrawing from the market, which could also worsen the state of the rental market.

Previous analysis has shown that tenant income acts as an anchor to rent increases, with landlords often unable to pass on increased cost to their tenants. Low mortgage interest rates and the phased introduction of the interest deductibility removal will also lessen the immediate impact to current investors and therefore limit any major sell-off.

Investor demand for existing property will be impacted however, and the ability for highly leveraged investors to both extend their portfolio and hold a high debt position has also decreased.

This may reduce the need for the Reserve Bank of NZ (RBNZ) to introduce limits on interest-only lending which were previously expected to be implemented in the near future. This is due to this type of lending carrying a greater interest cost burden and thus making property investment less profitable if on these terms.

Similarly there will be less pressure on RBNZ to include debt-to-income ratio restrictions in their toolkit, once again as the interest deductibility proposal will naturally punish highly leveraged investors.

Despite the market being tipped further in the balance of first home buyers we’re not expecting a significant exodus or pull back from investors. The long term appeal of property investment remains – using debt to access a valuable asset and having ‘someone else help pay off your mortgage’ in a bid to provide passive income and wealth in retirement. The Prime Minister’s continued commitment to protecting the value of that asset should also provide confidence to current owners and future buyers.

Longer term the appeal is likely to shift towards new builds.  If this is the case, it should provide a variety of benefits, including increased investment demand for newly built homes as well as a boost to housing supply which remains scarce. A key constraint on new construction remains in the form of the industry being at or near capacity, both for materials and labour, as the current timber shortage is clearly illustrating, and our closed borders are exacerbating.

The interest rate outlook will also be closely monitored by investors, with this group likely to be more sensitive to changes in the cost of debt. They will take some comfort then that the Reserve Bank is expected to remain in a stimulatory mood due to a still-weak economy, as evidenced by the GDP figures for Q4 as well as increasing stories of faltering businesses, particularly in international tourism reliant locations, such as Queenstown. The Official Cash Rate is unlikely to rise any time soon, to assist the economy, which should hold down mortgage interest rates.

The granular index data shows consistent growth across the country, including in Tauranga which showed some weakness in the prior month’s results. Monthly growth across Tauranga of 2.5% fully reversed the dip in February, with values now up 2.4% over the last three months.

A scan over the provincial centres’ data reveals further strength around the country, with the main surprise being the (-2.4%) monthly drop in average value in Gisborne, previously the standout area due to prolonged strong growth. However market fatigue may now be setting in, with the average value of $531k stretching affordability in our eastern most city. Once again the lesson of Tauranga remains – one month of data does not make a trend.

What of the future then? As discussed, the likelihood of further intervention from the RBNZ has reduced, especially with loan-to-value ratio restrictions to tighten on the 1st of May, which were expected to reduce demand and dampen upward pressure on prices.

Early market indicators again become invaluable from both a supply and demand perspective.

The number of market appraisals generated by agents provides a lead indicator of listings coming to market. Appraisal numbers have remained relatively consistent over the month, which is good from a supply perspective as we remain near all-time low levels for properties on the market.

Meanwhile the volume of mortgage related valuations ordered by banks had already started to dip in the second half of March, but stabilised at the end of the month. This series will be of key interest in the coming weeks as investor behaviour adjusts to the reduced attractiveness and profitability of the property market.

Auckland saw average property values rise by another 1.7% in March, which was smaller than February’s 2.9% increase, but still pushed the level above $1.2m for the first time. The increase over the past 12 months has been 14.4%, or about $153,000. Although Auckland spent time in alert levels two and three over the first couple of weeks in March, there hasn’t been any obvious impacts in terms of property values, but the flipside is that affordability continues to worsen, and indeed first home buyers’ share of the market has started to wane. It has been about 23% so far in 2021, down sharply from a peak of 29% in Q3 last year (and 25% in Q4).

The pace of monthly changes in average property values cooled a little in Hamilton in March, down from 2.7% in February to 2.3%. However, that was still a strong figure, and in fact the annual growth rate accelerated to 17.0% – equating to a rise in values over the past year of roughly $106,000. The strength of the dairy sector will be supporting economic activity in and around Hamilton, and this is likely to be underpinning the property market too. Mortgaged investors have certainly been very keen on Hamilton, with a 38% share of purchases over January/February – but of course we’ll have to wait and see how this is affected over the coming months by the latest policy changes.

As we thought would be the case, Tauranga’s small dip in average values in February (-1.5%) was fully reversed in March (+2.5%), with the level now just short of $898,000. That is 16.2% higher than a year ago, which equates to a rise of more than $125,000. Tauranga is already the least affordable of our main centres for households on the average income, and this problem is acute for first home buyers – our latest reading (Q4) showed that it took 12.1 years to save the average deposit in Tauranga (versus national figure of 9.0), and that will have only worsened in the past three months.

Wellington’s property values spiked higher yet again in March, with each of the main sub-markets seeing increases of at least 3%. The specific figures are 3.1% in Lower Hutt, 3.4% in Wellington City, 3.5% in Porirua, and 5.4% in Upper Hutt. On an annual basis, only Wellington City has seen a gain of less than 20%, but it’s hardly been weak either (up 17.4%). Upper Hutt’s rise over the past year has been 25.7%, or more than $161,000. As with many other parts of the country, however, there is now clearer evidence that these rampant gains are seeing more would-be first home buyers drop out of the market, either by choice or because prices have exceeded their borrowing capacity.

The rise in average property values in Christchurch was 1.9% in March, up from February’s figure of 1.5%, pushing up the annual growth rate to 11.9%. Values in the city have now topped $575,000, up by more than $61,000 from a year ago. Christchurch remains more affordable than the other main centres, but even there, first home buyers are showing signs of ‘fatigue’, and mortgaged investors have certainly intensified the competition. They had a 28% share of purchases over January/February, a steady rise from about 21% two years ago.

Dunedin’s average property values rose by 1.6% in March, quite a bit slower than the 3.2% rise in February, but that was such a rapid gain that some kind of slowdown in March was always on the cards. The rise in Dunedin over the past year has been 15.4%, or $82,965. That gain is again putting pressure on prospective first home buyers, and as has been the case around the rest of NZ, mortgaged investors have been a rising presence – a 32% share of purchases in Dunedin over January/February is their highest figure on record.