As the number of Omicron cases rise, Colliers looks to Australian cities to see how New Zealand’s office, retail and industrial markets could track in the future 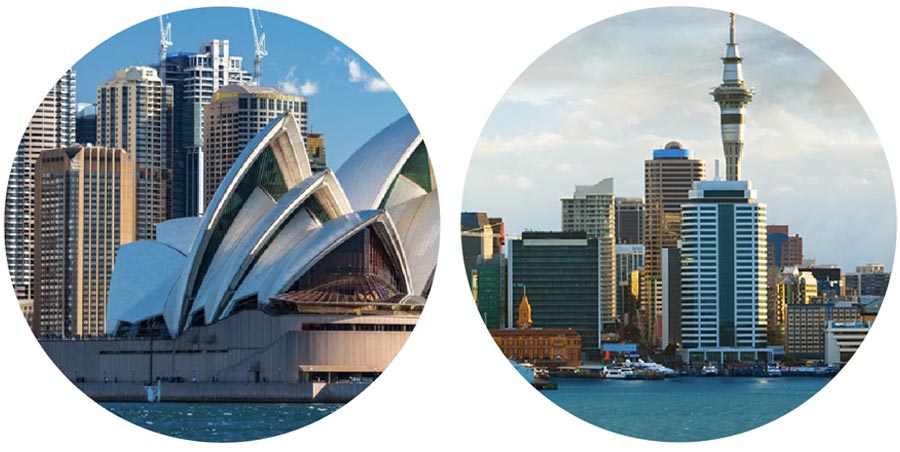 While the past two years have seen vacancy rates rise from cyclical lows in Auckland, Sydney and Melbourne, the Auckland metropolitan market as well as the Wellington CBD have not experienced the same level of vacancy rises in office accommodation, remaining relatively strong in comparison to other markets and by historical standards.

Sydney and Auckland’s vacancy rates, which are at 9.0% and 10.9% respectively, have now started to ease from the escalation in vacancy arising from Covid-19.

New ‘back to work’ initiatives in Australia are likely to assist pull vacancy rates downwards and while Auckland’s Omicron wave is upon us now, the Auckland market is expected to also have reached a vacancy peak.

Wellington’s CBD continues to remain resilient, a feature of the lack of high quality stock available and solid government demand for office space. However, with ongoing seismic resilience requirements and only 22% of stock considered prime (premium and A-grade) quality space in comparison to 50% to 70% for Auckland, Sydney, Melbourne and Canberra, etc, new development activity will be key to alleviating availability pressures and unlocking the capital’s long-term growth prospects.

Investor demand for core office assets has resulted in yield compression over the last two years. Average prime yields in both Auckland and Wellington have firmed by approximately 50 basis points since the end of 2019 to 5.2% and 5.5% respectively.

While increasing interest rates suggest that yields will ease over the course of 2022 the impact is likely to be limited by the weight of capital which investors have accrued and plan to deploy within the sector.

The strong demand for New Zealand assets has been well illustrated by the recent confirmation that Precinct Properties has agreed to inject five of its properties, valued at about $590 million, to seed a new strategic investment portfolio with the Singaporean sovereign wealth fund (GIC).

A further uplift in overseas activity within the market is anticipated later in the year as border restrictions are eased.

Demand and supply pressures are prevalent across Australia and New Zealand, with land supply, cost constraints and a massive boost to demand from online retailing and infrastructure key to the sector’s performance.

With such tight leasing markets and rising costs in NZ, the pressure on rents to increase continue to mount.

While prime rental growth of 3% p.a. in Auckland and Wellington is forecast, the pressure for this to increase at higher rates are increasing steadily as inflation continues to rise.

Despite the disruption which constantly changing COVID-19 related rules and sanctions is having on the economy, New Zealand’s manufacturing sector has expanded for the fifth consecutive month.

The BNZ Business Performance of Manufacturing Index (PMI) recorded an index of 52.1 in January 2022. (A PMI reading above 50 indicates that manufacturing is expanding, below 50 signifies that it is contracting).

With the exception of August 21, a month impacted by a COVID-19 enforced national lockdown, the PMI has registered growth every month since December 2020.

Of the main sub-indices only employment registered contraction.

The strongest results were delivered by Deliveries (53.8) and New Orders (53.3). New Zealand’s rating compares favourably with both Australia and China, which, according to J.P. Morgan’s Global Manufacturing PMI index, experienced contraction in the opening month of the year registering ratings of 48.4 and 49.1.

While CBD prime rents have increased over the past decade in NZ and Australia, the gap between rents for the two country’s remains high. With ongoing border limitations in NZ versus an opening in Australia’s border restrictions and a return of CBD office workers, the gap is likely to increase further moving forward.

Core retail spending increased by $273 million influenced predominantly by a 9.4% increase in spending on consumables and a 5.7% lift in sales of durables. Only the hospitality sector saw a decline in sales values with total spending contracting by 2.9%.

The expansion of online retailing has accelerated over the last two years. Figures released by NZ post show that in 2021 online spending reached $7.67 billion. This represents annual growth of 21% which, following a huge year of growth in 2020, sees online spending now 52% larger than it was pre-pandemic.

With border restrictions gradually easing in NZ, more so in the second half of 2022, a boost in offshore sales activity is expected that will lift overall sales values back in line with more recent sales trends over the past few years.