2020 saw increased vacancy rates in the office, industrial and retail markets with mixed yields in each sector, but Colliers research says it is not all about COVID 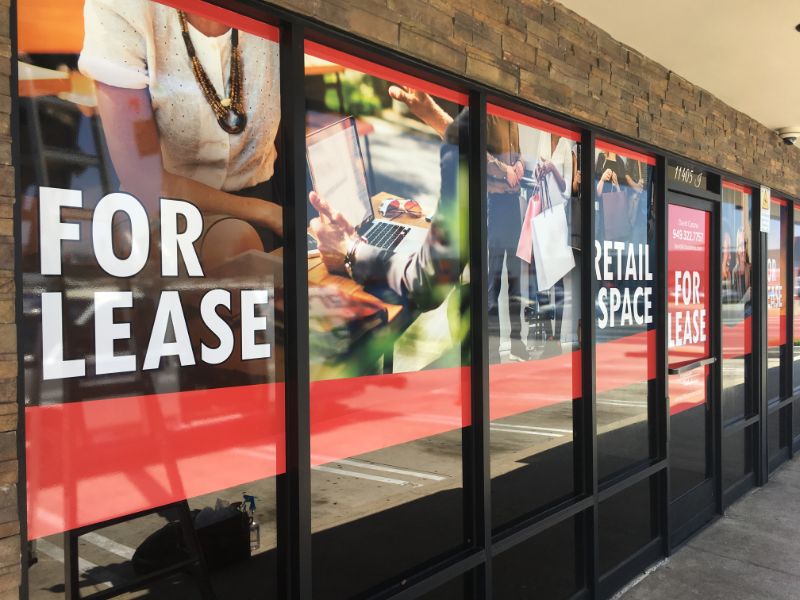 While the adverse economic impact of COVID-19 was a rightfully expected influence, other market dynamics pre-COVID (such as vacancy rates that were at historic lows and increasing development activity)
also played their part.

While the general trend has been upward, the rate of change has differed across market sectors and locations as illustrated by the results of the latest Auckland and Wellington office, industrial and retail vacancy surveys.

Auckland CBD’s overall vacancy rate increased from 4.7% to 8.8% between December 2019 and December 2020. In Wellington the increase in vacancy over the same period has been much more muted, rising from 6.1% to 6.9%. Further increases in vacancy are projected for 2021 in both centres.

The Wellington market has, to an extent, been insulated from the immediate economic impact of COVID-19 by the high proportion of government tenancies.

While a number of mooted projects have been put on hold earlier in 2020, confidence is returning about the future. This is showcased by some project commencements we are aware of that are expected to be announced soon as well as the marketing by Precinct Properties of their innovation precinct schemes citing occupation dates of Q4 2023. The two buildings will provide approximately 16,500 sqm of floorspace.

The extent to which flexible working is adopted by occupiers will have a longer-term influence upon vacancy rates. Flexibility will be a key driver of the market over 2021, needed by staff, tenants and owners.

Sublease options have also increased the availability of high-grade stock, which has been in short supply, this has seen a number of companies taking the opportunity to upgrade their accommodation. Therefore, future increases in vacancy will predominantly be within the secondary market with prime property continuing to enjoy better demand.

Industrial vacancy rates edged up from historic lows in both Auckland and Wellington over the course of the year. In the Auckland region, the overall vacancy rate climbed from 1.7% to 2.1% in the year to August 2020. In Wellington, vacancy reached 2.4% in November 2020 up from 0.9% a year earlier.

In both centres the level of inventory increased; by around 125,000 sqm and 20,000 sqm in Auckland and Wellington respectively. However, it is likely that the upward trend in vacancy is close to, or already at its end.

The rapid rebound in the economy, growth in online retailing, a booming construction sector and the prospect of massive government expenditure on infrastructure projects is fuelling tenant demand for industrial workspace.

The COVID-19 pandemic has both accelerated changes in the retail market that were already apparent and created additional head winds. Chief amongst the latter being lockdowns and border closures which have halted the arrival of overseas tourists and international students.

Vacancy rates have increased in both Wellington and Auckland. In the former case rising from 6.7% to 7.6% over the year to December 2020. Over the same period, Auckland’s rate increased from 3.8% to 4.5%.

Increases would no doubt have been higher had it not been for the support measures introduced by the government and Reserve Bank.

Further, not all retail property sectors are feeling the same challenges, and investors are starting to search for opportunities. A noticeable rise in investor demand for large format retail premises is one example.

There is also growing support for prime shopping centres which have, in many instances, gone through a pricing correction over 2020.

Over the first half of 2020, office yields in Auckland and Wellington held relatively stable, softening only an
average 25 basis points before firming in the latter half of the year.

The better than expected economic performance and sustained government support contributed to a resurgence in investment confidence.

The limited ability to travel globally provided onshore investors the opportunity to secure quality
graded assets with limited offshore competition. In the capital, the premium grade Deloitte House at 20
Customhouse Quay transacted for $220 million to NZX listed Stride Property at a yield of 4.5%, a record low for Wellington.

After the usual brief contraction throughout the December holiday period, manufacturing activities in New Zealand kicked off the new year with a strong start.

The BNZ – Business Performance of Manufacturing Index (PMI) recorded an index of 57.5 in January 2021. (A PMI reading above 50.0 indicates that manufacturing is expanding; below 50.0 represents that it is contracting). This was an increase of 9.2 points compared to the 48.3 registered in December 2020, and 9.6 points ahead when compared to the same month last year.

The index has now recorded expansion in seven of the last eight months. New Orders increased the largest from Dec-20 to Jan-21 recording a score of 62.4, whilst Employment reached 55.4, the highest since 2017.

Despite the on-going global pandemic, total actual retail sales values in the 2020 year increased by 4.9%, approximately $1.3 billion in additional spend compared to the 2019 year.

The December 2020 quarter saw its usual growth trajectory, up 5.3% when compared to the same quarter the previous year and ahead of the 4.0% growth between December 2018 and December 2019.

11 of the 13 core industries recorded growth compared to the same quarter last year with electrical and electronic goods increasing the most at 19%, followed by non-store and commission based retailing, hardware, building and garden supplies.

Growth in these industries were bolstered by the strong housing market which has encouraged home improvements and upgrades.

Increased adoption of online retailing is also evident with nonstore and commission based retailing recording 18% growth and is one of three sectors to have sustained consecutive positive quarter on quarter growth over 2020.

The lower for longer interest rate environment drove a lift in syndication activity in 2020 despite the disruption to the economy caused by the COVID-19 pandemic.

While this disruption caused a number of schemes to be withdrawn, demand for offerings brought to market saw the total value of funds raised via syndicated property, over the course of 2020, surpassing $525 million.

Over the course of 2020, approximately 25 syndicated property schemes were successfully offered to investors, a combination of single asset offerings and multi-property funds (excludes private syndications).

The total value of funds raised across the offerings was just over $525 million, ahead of the previous high of approximately $485 million raised in 2018 and approximately $100 million more than the total recorded in 2019.

The total would have been higher had it not been for the disruption caused by the COVID-19 pandemic which saw a number of offerings withdrawn. These offerings, which included large scale tourism and retail property assets, would have looked to raise just under $300 million.

Given the economic uncertainty that the COVID-19 pandemic has introduced, investors within the syndicated property sector have placed an increased priority on security of tenure and surety of return. As a result, syndication companies have looked to provide investors with low risk options by prioritising factors such as property sector, location and tenant covenant.

The industrial and bulk retail sectors have been favoured asset classes over the year, accounting for approximately 30% of funds raised when the industrial element of mixed property portfolios is taken into account.

Both sectors offer strong defensive fundamentals. Supermarkets, classified as an essential business, were able to trade through all restriction levels. Retail spending in DIY and electrical goods stores lifted sharply over the second half of 2020.

Industrial vacancy rates have held at low levels as tenant demand has been underpinned by growth in occupier sectors such as online retailing and construction.

Office assets which have been brought to market have benefitted from strong tenant covenant anchored by
government or blue chip international or national companies.

Approximately 55% of funds have been raised for assets located within the commercial property market’s golden triangle of Auckland, Waikato and the Bay of Plenty. A further 15% of assets were located within Wellington.

With low interest rates likely to persist for an extended period, the search for higher returns is likely to drive ongoing interest in syndicated property offerings.

A fast start has been made to 2021. Oyster Property has brought an expansion to its industrial fund to market, Mackersy Property is marketing an industrial portfolio while Centuria (Augusta) launched its Visy Glass occupied industrial offering.

These, along with other proposed schemes currently being prepared for launch soon, will see 2020’s momentum being maintained in 2021.