The National Policy Statement on Urban Design (NPS-UD) and the introduction of Medium Density Residential Standards (MDRS) are the latest steps being taken by the government to compel city councils to accelerate intensification of development, Colliers says 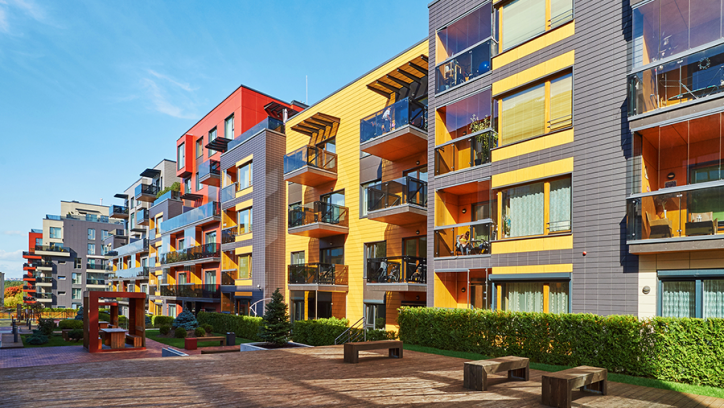 The legislation has significant implications for city planners, developers and property owners. Advocates argue that intensification will lead to better functioning, more sustainable cities and will enable the development of more homes in areas closer to places of work, public transport and community facilities.

Critics argue that the scale of intensification which the legislation allows will adversely change the character of communities, lead to the loss of heritage homes, and place additional pressure on existing infrastructure.

Over recent years central government has adopted a more prescriptive approach to town planning issues within the nation’s largest cities. As stated above, intensification of development has been adopted as the primary goal of legislation.

The approach aims to ensure the most efficient use of land resources and, via the promotion of medium density
development, reduce housing shortages and reduce pressure on pricing.

Both the NPS-UD and MDRS legislation is therefore being imposed upon the nation’s Tier 1 cities, Auckland,
Hamilton, Tauranga, Wellington and Christchurch along with Rotorua which was brought under the umbrella of the new rulings in March this year.

The latest moves by central government will see the provisions of the NPS-UD brought forward by a year, from
August 2024 to 2023. Councils are obligated to set out new development standards by August 2022 at which time they must publicly notify plan changes.

The introduction of the MDRS, which takes legal effect from August 2022, will expand areas within cities in which higher density development can take place. The legislation will enable the development of up to three dwellings of up to three storeys per site as a permitted activity without the need for resource consent.

The MDRS will apply in all residential zones (except large lot residential and settlement zones), including areas that are being rezoned as residential.

Consultation but limited options for variation

Councils are currently seeking feedback from residents on the proposed new rulings however the scope for variations is limited. There is however scope for movement on issues such as the extent of walkable catchments within which more intensification should be enabled.

Councils may exempt some areas and properties from the intensification rules through the application of “qualifying matters” which are characteristics where intensification standards may be reduced to protect or recognise a particular feature or quality such as sites of cultural, historic or ecological significance.

Following consultation, councils will prepare plan changes for public notification by the 20th of August 2022.

As the country’s largest and most populated city the impact of the legislation will be particularly significant to
Auckland. Auckland Council’s initial response to the new legislation has been set out in proposed changes to the
Unitary Plan.

Intensification is to be encouraged within walkable catchments of metropolitan and town centres and adjacent to public transport routes.

The walkable catchments and heights of development proposed are:

Land within the proposed light rail corridor through Dominion Road, has not yet been zoned for intensification,
however the Council signalled potential changes by designating the corridor a precinct under investigation.

Other precincts also remain under investigation.

The MDRS has resulted in a majority of land previously zoned as residential single house and mixed housing
suburban being changed to mixed housing urban. Another significant change being made by council, in order to meet its statutory requirements, is the removal of minimum requirements for onsite car parking.

Concerns over change in character

Council is taking steps to address these concerns through confirmation that it is proposing to include identified
Special Character Areas (SCA) as a qualifying matter. This would ensure the continued protection of many of the
city’s older built character areas.

What constitutes ‘special’ along with a number of other contributing factors are all up for discussion.

The impact of the new legislation on land values will vary across cities and suburbs. Land values have been rising in the county’s growth cities driven by high demand for housing which has led to increasing development activity.

The introduction of greater intensity, and therefore development potential in areas of Wellington, Hamilton,
Christchurch and Tauranga will likely exert further upward pressure.

In Auckland, there is likely to be greater variation due to the fact that the Unitary Plan has been operative for
some time. Higher density development has therefore been permitted within areas close to the city centre,
metropolitan centres and adjacent to public transport hubs.

Scope for further increases in land values within these areas is therefore likely to be more reserved, capped by development feasibility, particularly given the current rapid escalation in building costs.

Scope for increased land values seems greater in areas in which the MDRS is permitting increased development
of sites for the first time. A mitigating factor however is the scale of land which falls within this category and the
necessary infrastructure to support high levels of growth. This could see property owners facing heightened
levels of competition when bringing their property to market.

Multi-unit development to be bolstered

Increases for land zoned for greater intensification of development will further bolster the trend towards multi-unit development which has been increasingly apparent over recent years.

Figures released by Stats New Zealand show that in the year to March 2022 a record number of new homes were
consented in New Zealand with 50,828 homes approved.

In Auckland the influence of higher intensity development is more significant. In the year to March 2022, 15,007 multi-unit dwelling units were approved, a new record number, up by approximately 38% on the 2021 figure.

Multi-unit development comprised 70% of residential dwelling consents across Auckland in the year to March, a
figure which stood at 22% a decade prior.

Where to from here?

Scrutiny over the processes that enable this government directed level of intensification will be the next key
consideration. Public consultation in Auckland closes May 9th, and we expect some changes and alterations will
occur as a result of the process. But how much change is unknown given the intense desire to enable faster
change.

While some short-term uncertainty is evident in residential market conditions presently that could stall the
outcomes, and ongoing challenges will continue to arise from high building costs and suitable levels of
infrastructure, it is certain that greater intensification will form a key role in the future development of our Tier 1 cities.