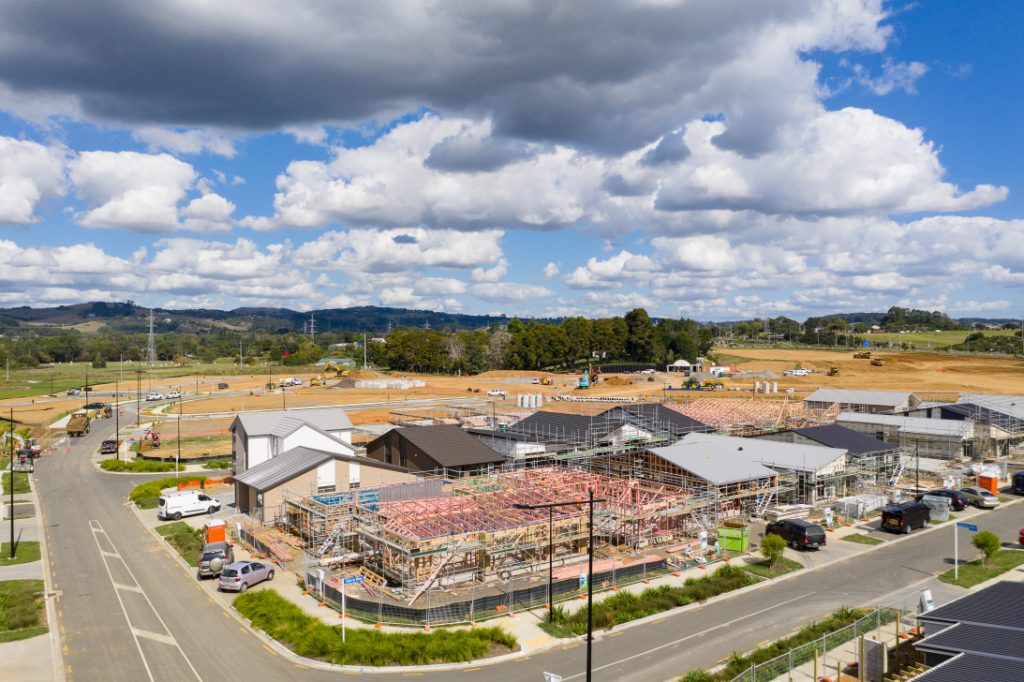 While many finance companies are having to restrict new lending due to capital shortages, New Zealand Mortgages & Securities (NZMS) say its market position continues to strengthen.

Now, a further $150m funding injection for the Auckland development community has been announced by James Kellow – Director of NZMS and leading Auckland property development financier.

“In the coming months our lending book will exceed $430m. We have $280m in existing commitments and a further $150m of new money for Auckland projects has become available,” he says.

NZMS is now on the hunt for experienced developers to work with. Over the years the Ponsonby-based lender has financed the development of thousands of townhouses, residential sections, apartments, and commercial developments in the Auckland region.

This funding announcement follows the success of a range of new developments across Auckland, one of which is moving two years ahead of schedule due to such high demand.

Over half a billion dollars worth of housing at the Hunua Views subdivision, part of the 361 hectare mixed-use precinct Drury South Crossing, was originally scheduled for completion over the course of six years. A chronic shortage of affordable housing in the region has seen this completion timeline now brought forward to 2024 – two years earlier than first planned.

Demand for the homes has been so high, sales managers for build partners at the development say they are not being marketed online – having been sold off-plan to a waiting list of buyers who have pre-registered their interest.

Peter Cooney, Classic Group director, says the new construction timeframe will allow hundreds of first home buyers to get a foothold in the property market.

“This timeline has been pulled forward to meet market demand and help address the housing shortage in a city that desperately needs quality affordable housing. This community was designed from its very inception to be as accessible as possible to a range of people, including first home buyers,” he says.

The third of ten construction stages is set to begin this month, providing 62 families with completed houses by the middle of next year. Under the advanced construction programme, a further 200 houses will be built by the end of 2023.

Scott Keene, development manager for Classic Developments, says their expectation was that many of the houses would be purchased by some of the 5,000+ workers who will eventually be employed by businesses to be built in the new industrial area.

“Since planning for this development began we have seen a convergence of economic factors which has created a shortage of affordable housing in the Auckland region.

“The high demand for the homes in the first two stages of construction caught us by surprise as business at Drury South Crossing is not yet underway.

“What we can see from the sales data is around half of those purchasing properties are first home buyers.

“We know that many of them are being priced out of the market further north and are buying in Hunua Views as a way of getting an achievable foothold in the property market,” he says.

Keene says national supply contracts have meant they are well insulated from the building product supply shortages which have impacted parts of the construction industry.

He says they are applying for resource consents for larger stages which allows for overlapping consenting and construction phases.

Stephen Hughes, CEO of Drury South Crossing, says the 50ha residential development has been carefully planned over a number of years. He says consents are already in place, and the project is not being advanced under the Covid-19 Recovery (Fast-track Consenting) Act 2020.

“When completed in 2026, Drury South Crossing will be home to around 2,600 new residents and employ thousands more workers in a new purpose-built industrial area.

“Over a decade of planning has gone into this project with 90 hectares being dedicated to new community facilities including a new childcare centre, recreation areas, wetlands, parks, walking and cycling tracks.

“A number of environmental considerations have been also made as well with the planting of half a million native plants and trees currently underway.

“Every house will also feature a zinc free roof and rain water tank which holds water runoff before being treated in our stormwater management system – helping to mitigate the impact of large volumes of water reaching local streams,” he says.

NZMS meanwhile has observed big demand for Auckland townhouses. Its latest round of new lending will see NZMS focus squarely on medium to large scale townhouse developments. The financier says they aim to continue funding at least 250 units under construction at any one time.

“Townhouses work for Aucklanders – they’re relatively cost-effective to build, often on freehold titles, and young families like the outdoor amenity too. That’s why Auckland’s seeing so many townhouses springing up,” he says.

NZMS is keen to continue to support quality yet affordable developments in existing urban areas that have been upzoned in the Auckland Unitary Plan for greater residential intensification.

Recently, the Real Estate Institute of New Zealand reported that Auckland’s median house price in August was up 26.4% in 12 months to a record $1,200,000.

“We like supporting projects that pulldown Auckland’s median house price, not inflate it. Hence many of the developers we partner with sell townhouse product with a price point of around $650,000 to $850,000. We’re really comfortable with that. It’s what the region desperately needs and it’s what young couples can afford.

“The $150m is earmarked for funding presold townhouses, and we expect that money to be totally allocated by the end of the year,” he says.

With much of the region’s zoning a lot more permissive, and Auckland Council now more agreeable and efficient at issuing consents, Kellow says the risk for both developers and lenders has reduced.

In fact, in some cases NZMS has funded experienced developers 100% of their project’s cost, comforted by the fact that consumer demand remains so strong. He says it’s not unusual for 80% of townhouse units to be sold within two weeks of a consent being granted.