New Zealand rounded off the decade with the highest number of residential properties sold for the month of December in three years and price rises in 15 out of 16 regions, according to the latest data from the Real Estate Institute of New Zealand (REINZ) 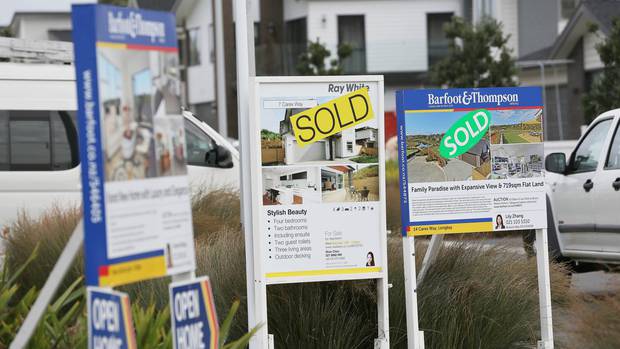 For New Zealand excluding Auckland, the number of properties sold increased by 5.8% when compared to the same time last year (to 4,425 up from 4,184) – the highest for the month of December in 3 years.

Regions outside Auckland with the highest percentage increase in annual sales volumes during December were:

Bindi Norwell, Chief Executive at REINZ says: “The property market had a solid end to the decade with a 12.3% increase in the number of properties sold in December 2019 when compared to December 2018. That’s an additional 22 houses sold each day around the country in December, which is not an insignificant number. With insufficient properties on the market to satisfy buyer demand, it suggests that buyers are being more definitive when it comes to purchasing as they are aware of the need to move quickly on properties and areas with high demand. This is backed up by the decrease in the median number of days to sell which is at its lowest point for 3 years.

“Sales in Auckland were the highest for the month of December in four years, with particularly strong uplifts in sales volumes in Papakura District (+65.0%), North Shore City (+63.6%) and Waitakere City (+58.3%),” points out Norwell.

“December saw 15 out of 16 regions with annual increases in the median house price and 5 regions with record median prices, reflecting the continued uplift in residential property prices that we’ve seen for a number of months now.

“Southland, Manawatu/Wanganui and Gisborne again saw really strong uplifts in price, with demand for properties in these regions outstripping supply and adding to the premium people are prepared to pay. There’s also likely to be an element of increasing vendor expectations adding to the price increases as month after month sellers in the region are reading stories of higher property prices,” continues Norwell.

“Looking at the Auckland region, Manukau City hit a new record median high of $900,000 in December, with Rodney District not far behind with a median of $890,000. North Shore City also saw a 7.1% annual uplift in median price, reaching $1,050,000 – the first time the median has been over the million-dollar mark in four months,” concludes Norwell.

The REINZ House Price Index for New Zealand, which measures the changing value of property in the market, increased 6.6% year-on-year to 2,915 – a new record high.

The HPI for New Zealand excluding Auckland increased 8.9% from December 2018 to 2,902 another new record high.

The Auckland HPI increased by a solid 4.0% year-on-year to 2,931 a new record high and the second consecutive positive annual increase in 15 months.

In December, 10 out of 12 regions reached record high HPI levels; the only exceptions were Taranaki (+10.4%) and Canterbury (+2.9%) showing the overall strength of the property market.

In December the median number of days to sell a property nationally decreased by 4 days from 35 to 31 when compared to December 2018 – the lowest days to sell in 3 years. This figure was 2 days fewer than November 2019’s figure of 33 days.

Southland again had the lowest days to sell of all the regions at 21 days, down 2 days from the same time last year, but 3 days higher than November 2019’s figure which was the lowest median days to sell since August 2007.

December saw 6 regions with the median number of days to sell below the 28 mark, the highest number of regions with property selling that quickly since April 2017.

Gisborne again had the highest percentage of sales by auction across the country with 47.7% (or 21 properties) in the region sold under the hammer – up from 35.2% (19 properties) in December 2018.

The total number of properties available for sale nationally decreased by -24.5% in December to 18,230 down from 24,158 in December 2018 – a decrease of 5,928 properties compared to 12 months ago and the lowest level of inventory since records began.

Again, all regions across the country saw an annual decrease in total inventory levels, with the largest percentage decreases in:

Gisborne has the lowest number of weeks’ inventory with 5 weeks inventory available to prospective purchasers – the equal lowest inventory since records began.

The West Coast had the highest number of week’s inventory with 59 weeks’ inventory available to prospective purchasers – the highest in 14 months.