You are at:Home»Commercial»Well-known Taupo motel up for sale
November 11, 2019 Commercial

The travelling New Zealand public will know the Rainbow Point Motel well. On the outskirts of Taupo heading south, and close to the airport, the familiar property is now on the market 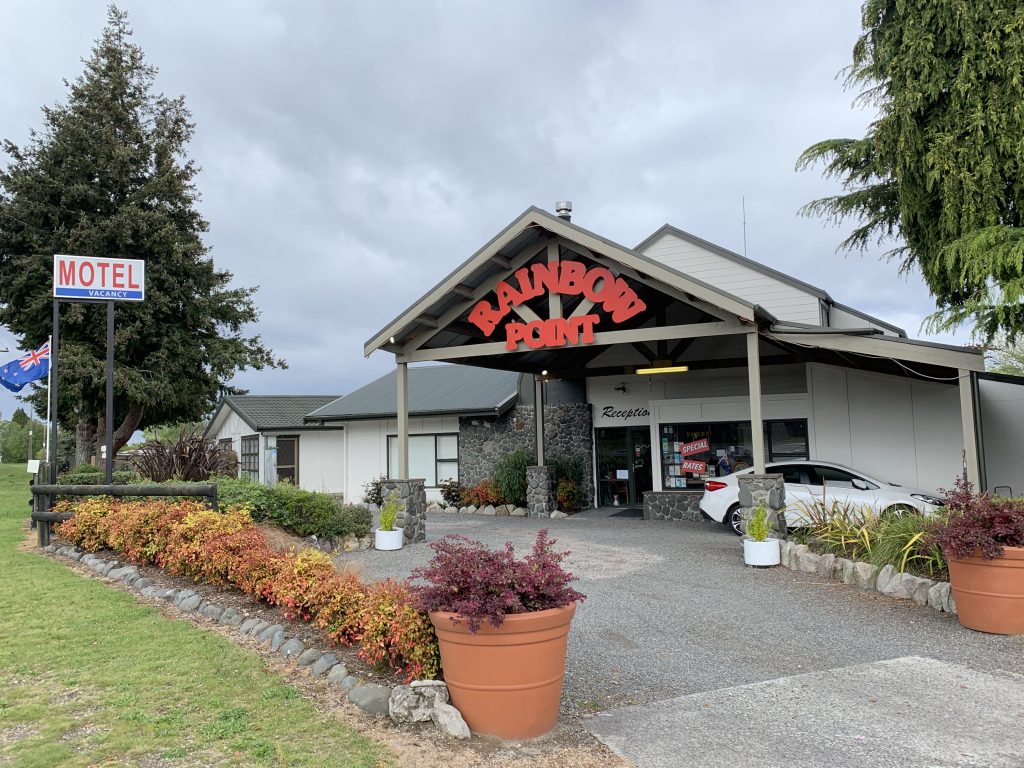 “It doesn’t quite go back to the days when Taupo was just pumice roads and clouds of dust come summer. Nonetheless, having been built in 1962, it is one of Taupo’s earliest motels,” says Terry Campbell of Campbell Realty who’s exclusively marketing the site.

Mr Campbell says the original owners had some great foresight as the motel has both easy access to the lake and great roadside frontage. Directly across Rainbow Drive is the popular Ploughman’s Restaurant & Bar, a local dairy, and The Fish Box – ‘the best fish and chips in Taupo’.

What’s more, the locality has only become more attractive over the past decade. In 2010 the East Taupo Arterial was opened, diverting most of the heavy traffic away from the township, making Taupo’s Lake Terrace and Rainbow Point even more sought-after.

With a high-profile location, but set well back from the old main road, it’s easy to see why the Rainbow Point Motel has remained a popular mid-range choice for visitors since the original and smaller motel opened 57 years ago.

These days it’s described as a complex which sits on a large land holding boasting three frontages and all desirable addresses – Lake Terrace, Rainbow Drive and Charles Crescent.

At 3,316sqm, or well over three-quarters of an acre, the freehold site zoned residential is on four titles already, providing the next owner with options – subject to Taupo District Council approval.

“This is a rare jewel for any smart investor. It could continue as a motel, possibly be further subdivided to create a residential development, or the existing buildings removed for a new complex,” says Mr Campbell.

He says the existing Taupo owners have decided to sell after 16 years, with the motel selling as a freehold going concern.

The north-west facing site slopes towards the shores at Rainbow Point and is close to swimming, fishing and boating from either the Two Mile Bay or Three Mile Bay boat ramps. The 29 Charles Crescent address also has easy access to the beautiful Lion’s Walk along the lakefront for walking and cycling.

“Rainbow Point is a classic Taupo address, and has always been very sought-after. The opportunity to secure such a good-sized parcel of land in such a tightly-held established area won’t come up again for a long time,” says Mr Campbell.

He says Taupo’s real estate has enjoyed a good lift over the past five years, and the population and footprint of the township continues to grow.

To view the listing: https://www.realestate.co.nz/agent/216384/terry-campbell