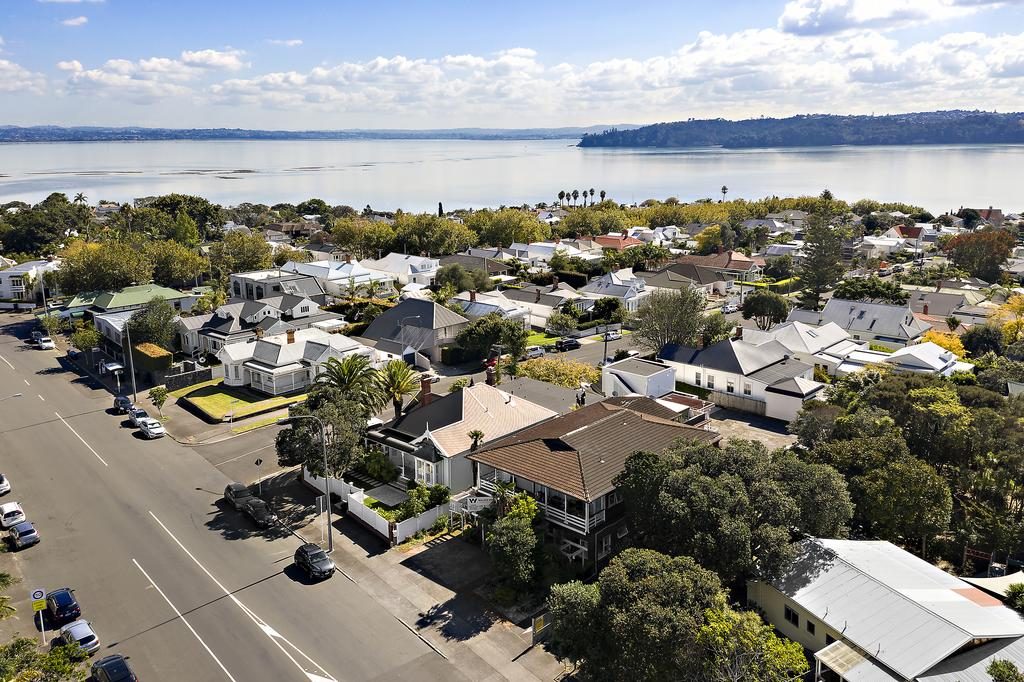 New Zealand is in the middle of an unexpected, unpredicted property boom – so who received the biggest Christmas present in the form of equity increases? Broadly speaking, property owners in the central Auckland suburb of Herne Bay remain at the top of the tree, with the highest median value in the land – $2,681,650. The Bay of Plenty town of Kawerau boasts the greatest five-year change in median values (200.7%), with the greatest 12-month change in median values being Outer Kaiti, Gisborne (39.7%).

Other key data about the national top-performing suburbs from the CoreLogic Best of the Best Report:

All is revealed in CoreLogic NZ’s latest ‘Mapping the Market’ (December 2020) report, which delivers location analytics and geospatial expertise to consumers, investors and property agents. The updated visualisation tool uses a geographic information system (GIS) – and millions of data points in the background – to deliver an easily interpreted explanation of the current property market. By clicking on any New Zealand suburb in the interactive map, users can instantly see its current median property value, values one year ago, and the % and $ change over that period.

CoreLogic Senior Property Economist Kelvin Davidson says, “The constantly changing dynamics of the New Zealand property market mean many would-be homeowners often find it challenging to understand which suburbs match their budgets. That’s especially true in this new COVID world. The ‘Mapping the Market’ tool puts this information at their fingertips and updates every three months. The map is colour-blocked so at a glance, it’s very easy to see which local suburbs sit within a particular budget and which have changed the most or least.”

The latest refresh of the data confirms the post-COVID rebound across most of the country, with suburbs around all of the main centres seeing strong gains. Indeed, recent growth means Auckland now has 117 suburbs with a median property value of at least $1m, while Mount Maunganui’s rise (to $1.01m) means that Tauranga joins the $1m+ club too. Wellington has 12 $1m+ suburbs; Christchurch four.

The property market heat is showing through beyond the main centres. In fact, all of the top four suburbs for median value growth over the past year are in Gisborne – Outer Kaiti taking the prize, with a 39.7% increase (to $335,900).

Across the country, 46 suburbs have seen their median value increase by at least $100,000 in the past year, with 33 of those in Auckland.

In addition to the visual demonstration, the smart map also provides key market commentary from the CoreLogic research team, with data highlights and trends provided for each major city. However – users can easily focus in on any part of the country they want.

The year that’s been

Among 2020’s many unanticipated events has been the strong post-lockdown rebound in the housing market, says Davidson. “That growth certainly didn’t seem likely back in April and May, when sales activity collapsed and prices were looking fragile. In fact, the property upswing has been so swift that the political pressure has already ramped up to levels that would have taken far longer to get to in previous cycles. The Reserve Bank has not escaped scrutiny either.”

What actually happened this year? Pre-lockdown, there were signs that sales activity and prices were strengthening, with mortgage rates edging lower and the stock of property actually listed/available to buy at historical lows. As COVID hit and the Government injected a huge amount of money into the economy (primarily the wage subsidy), the Reserve Bank (e.g. delayed capital requirements, removal of loan to value ratio rules, quantitative easing) and the trading banks (e.g. mortgage payment deferrals) also played a large role in helping businesses and households to negotiate those tumultuous months over April, May, and into June.

Speaking about the various buyer groups, Davidson says, “This time last year we speculated that 2020 could be the ‘year of the investor’, and although the circumstances have been very different to what we or anybody else envisaged, that call has proved to be pretty accurate.”

Indeed, mortgaged investors’ market share has continued to rise in recent months (27% in October), due to the removal of the LVRs, low returns on savings in the bank, and also how cheap it is to borrow to buy property. But first home buyers have also been very active, with their share of purchases hitting 25% in Q3, a record high.

Davidson says, “In terms of the actual sales numbers, then, it’s remarkable to think that, despite the lack of listings and the ban on activity in lockdown, the total volume of transactions this year is on track to be about 85,000 to 90,000, the same as 2019 and similar to the long-term average. Meanwhile, the rise in average property values for 2020 as a whole could be in the vicinity of nine to 10% – pretty remarkable when measured against some forecasts made during lockdown that prices could fall by 15 to 20%.”

Looking ahead to 2021, the impetus from low mortgage rates and a tight supply of listings could keep a fair degree of upwards pressure on property values in many suburbs for at least the first half of the year.

Davidson says, “It’s fascinating how quickly the property market has become political in recent weeks, and although the Finance Minister’s public letter to the Reserve Bank Governor (and his subsequent reply) may not drive immediate change to the RBNZ’s official policy targets, it does demonstrate that it might not be plain sailing for the property market in terms of regulatory measures in 2021. Indeed, there’s already speculation emerging about an extension to the Brightline Test (a capital gains tax that currently applies if an investor sells a property within five years), while debt-to-income ratios for new mortgage lending are also rearing their head too.

“Meanwhile, the reinstatement of the LVR speed limits on 1 March 2021 seems to be a done deal, with the banks having already made the move anyway. This won’t affect owner-occupiers too much (they’ll just continue to require 20%), but some investors could be frozen out by now having to find a 30% deposit rather than 20%. However, with general demand still so strong, it seems unlikely that the return of the LVR rules will be a game-changer. Of course, as we saw back in 2016, pushing investor deposit requirements back up to 40% could be more significant – and while it doesn’t seem to be on the table at present, that couldn’t be ruled out if market momentum remains strong.”

Other concerns that have been lingering for a while about how the end of the wage subsidy and mortgage deferrals might affect the property market seem to be less relevant now. After all, the wage subsidy has already ended without any real fuss, and although the unemployment rate has risen to 5.3%, the peak could now be less than 6.5% – a far cry from lockdown forecasts that it could reach 10%. Similarly, after peaking at more than $22bn in May, the value of mortgages with a deferral in place has already dropped markedly to less than $4bn. Again, those ‘exits’ from the scheme don’t appear to have been too stressful.

Overall, provided COVID continues to be managed successfully, it’s hard to see the property market being seriously thrown off its current course in 2021, says Davidson. “For sure, housing un-affordability will remain an issue between the ‘haves’ and ‘have-nots’, but the key drivers for the market that we’ve seen this year seem likely to remain in place next year. For example, low mortgage rates and a tight supply of listings. After all, many would-be movers are sitting tight (therefore not listing their own property), few investors are actually selling to make their next purchase, while first home buyers obviously don’t sell anything either. That all amounts to further restraints on listings volumes.”

CoreLogic’s central assumption is that property sales volumes in 2021 will be similar to 2020 (again in the range of 85,000 to 90,000), as low mortgage rates support activity but low migration flows provide a dampening effect. Davidson says, “For property values, it wouldn’t be a surprise to see another increase in the range of 5-10% next year. However, 2020 has taught us that nothing can be taken for granted, and no doubt there’ll be plenty of twists and turns in store for 2021.”