You are at:Home»All News»Property Trends»New Zealand house prices might be going up more than you think
May 8, 2019 Property Trends

Property values in New Zealand continue to show modest growth, with the CoreLogic QV House Price Index for April showing an increase of 2.7% over the past year, yet this number is actually dragged down by Auckland 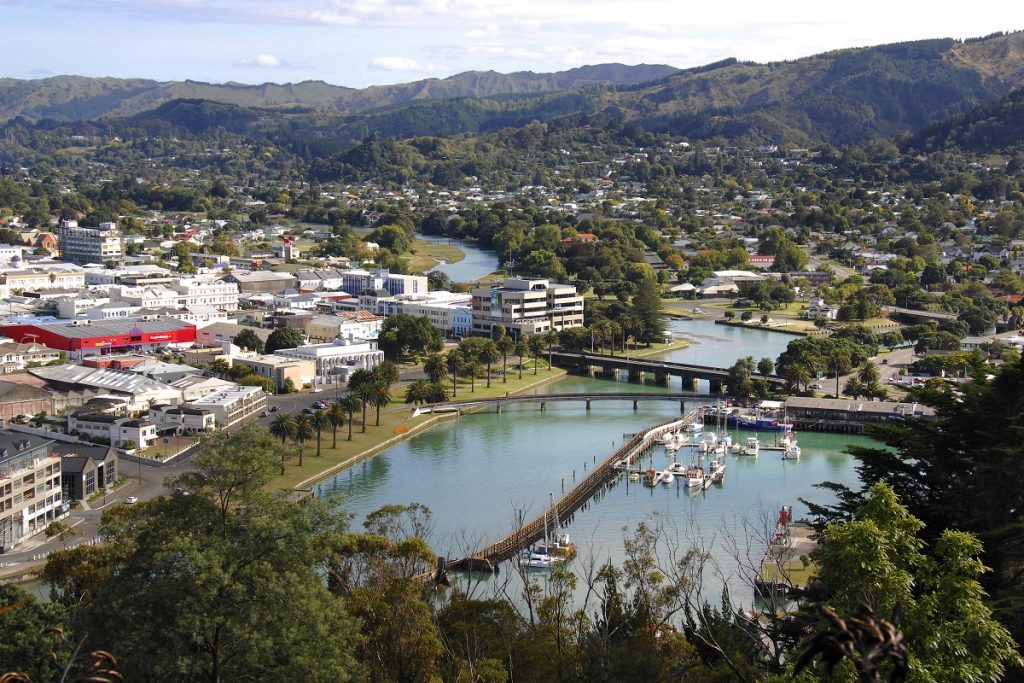 The weakness witnessed across Auckland’s property market has continued to weigh down headline results, with the annual fall of 1.5% at the end of April, exactly the same as reported last month. The continued strength in the provinces is clear however, with dwelling values tracking 8.2% higher over the year across the combined thirteen provincial centres.

The stronger markets of Wellington (+8.2% pa) and Dunedin (+13.0% pa) showed some signs of a loss in momentum in April, however they still remain the best performing main centres. Hamilton (+5.1% pa), Tauranga (+5.1% pa) and Christchurch experienced notable lifts in the annual growth rates. In Christchurch, annual growth picked up from 0.6% to 1.3% – still subdued, but the highest figure since April 2017. 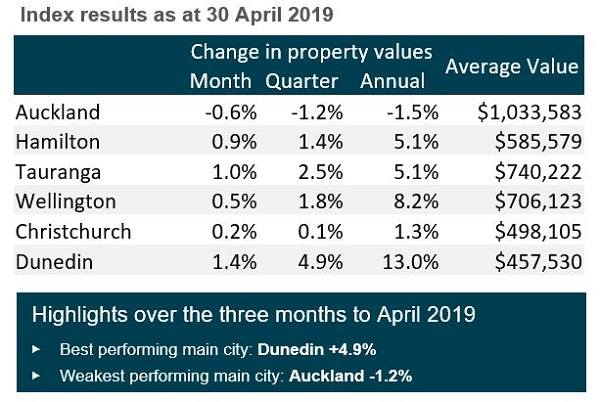 Commenting on recently released statistics indicating a 30% price drop in some Auckland suburbs, Head of Research, Nick Goodall said, “When evaluating market performance it’s important to recognise that a median sales price measure is not indicative of the overall market. For example, the 30% drop in Mount Albert simply reflected a change in the type and value of properties that sold between the two periods analysed and not a drop in value of all properties there. The value of a typical property in Mount Albert had actually dropped by a far more modest 1.1% over the last year.” 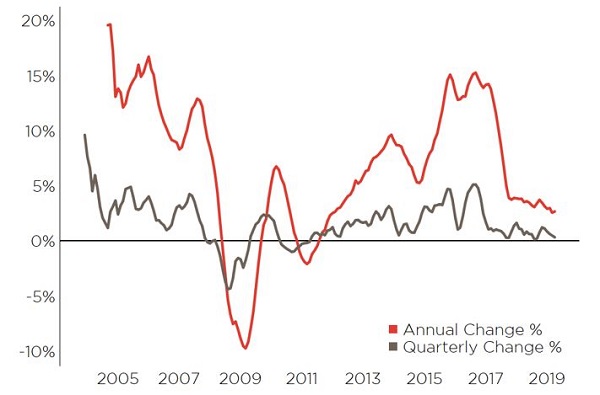 Outside of the main centres, Queenstown Lakes District experienced a significant reduction in the annual rate of growth, from 7.1% last month to 3.3% at the end of April (the lowest rate since October 2013). The average property value has now dipped back below $1.2m, with the foreign buyer ban, now in place for over six months, one of the most likely causes of reduced demand and subsequent value weakness. Statistics NZ’s ‘Property transfer statistics’ report for Q1 to be released this Thursday (2 May) will provide more detail around whether there has been a reduction in the number of sales to foreign buyers.

Meanwhile, Gisborne saw a significant increase in the rate of annual growth, from 11.2% last month to 13.9% at the end of April. Values in the eastern-most city now average more than $350,000, which still compares favourably to other provincial centres in terms of affordability.

First home buyers and people moving house are the most active groups in Gisborne, while mortgaged investors are less active now than they have been in the last few years. Loan-to-value (LVR) restrictions and stricter income/expense testing have likely dampened demand across this group.

Palmerston North also continues to experience strong value growth, with the annual rate lifting to 14.4% at the end of April. Mortgaged investor activity increased in Q1 2019 (26.5% of sales) after it dropped to all time low levels of below 21.5% in the second half of 2018.

Property value growth in the wider Wellington region is strongest in the more affordable centres, with the annual rate in Upper Hutt (13.0%), Carterton (12.3%) and Masterton (12.2%) exceeding the other centres by roughly 4% (Lower Hutt next greatest at 8.8%).

A similar pattern is evident within Wellington City, where the more expensive western area has dwelling values rise 4.2% over the past twelve months, compared to 9.3% in the more affordable northern area. 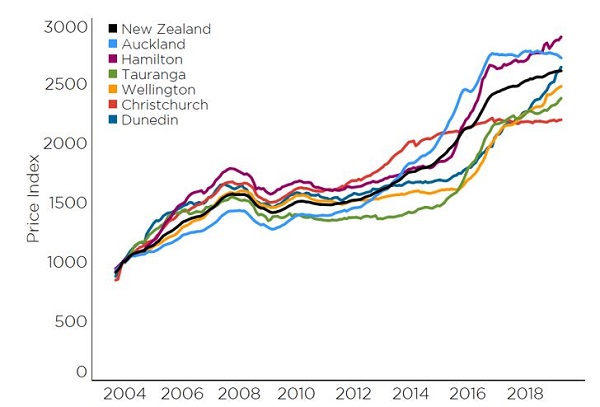 Head of Research, Nick Goodall says that “With the relative shock of the Government completely ruling out a more comprehensive capital gains tax in April, attention now shifts to the Reserve Bank and their official cash rate (OCR) announcement and Monetary Policy Statement release on 8 May. Market expectation is for a reduction in the OCR to 1.50%, which would be supportive of the property market at a time when banks are already competing fiercely for mortgage market share, via low interest rates.”

“While any adoption of the Tax Working Group’s capital gains proposals wasn’t expected to have too much of an impact on the market anyway – especially in the short term, the Government’s staunch response in ruling out a tax change for residential investment property will have caused a collective sigh of relief among landlords. Property investors are already dealing with a number of changes impacting their profits, including the tax ring-fence proposal advancing through parliament, increased heating and insulation standards via the healthy homes guarantees act and limited wage growth restraining their ability to increase rents in line with their costs.”

“It’s also worth noting that property speculation has already reduced over the last few years, with the extension of the bright-line test for investment property ensuring there is some form of a capital gains tax for short term (less than 5 years) capital gains, and the natural property cycle slowdown meaning gains are reduced anyway.”

In summarising the current market and outlook, Goodall added: “While sales volumes remain weak across the country and value growth has subsequently eased in many areas, the outlook for the property market remains robust.” 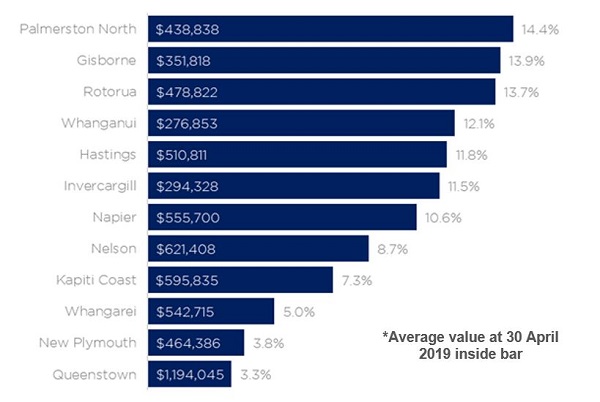 “The number of properties listed for sale outside of Auckland remains low, meaning there is still some price pressure for those properties which attract a number of possible buyers. With record low interest rates continuing, and likely remaining low for at least the rest of the year, the pool of buyers with the required deposit or built-up-equity and able to satisfy bank income/expense testing appears to be healthy, especially with the recent loosening of LVR restrictions adding to that pool.”

“A supportive macroeconomic environment, where the economy continues to expand (albeit at a slower rate), the labour market continues to grow (and unemployment stay low) and consumer confidence has begun to lift, provides a solid foundation which should limit near-term downside risk, even in the face of a continued fall in property values across the ditch.”