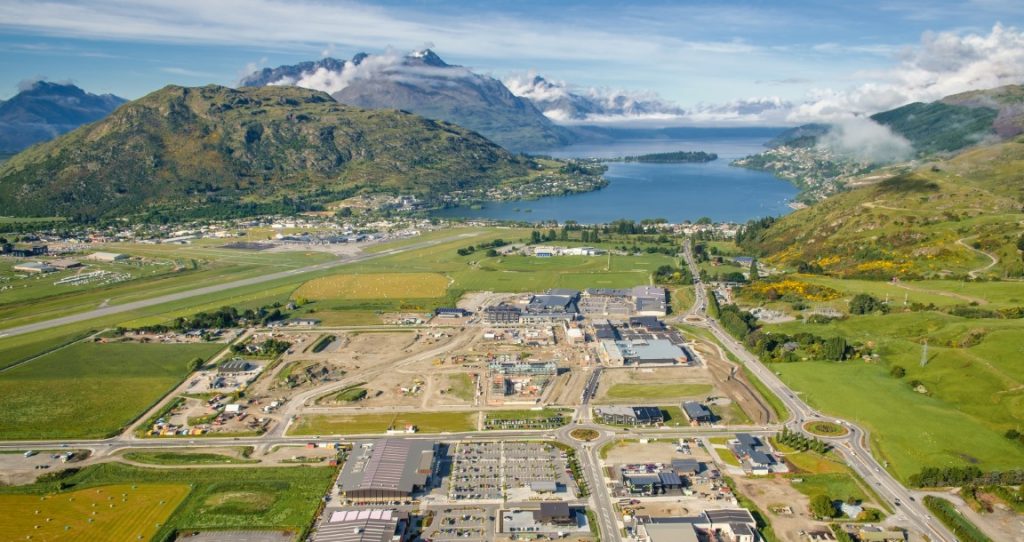 The latest quarterly Residential Property Market Outlook Survey, found a net positive 15 per cent of respondents expect median house prices to increase over the next 12 months.

This means more respondents expect median residential property prices to rise than those who expect a decline.

The Colliers survey was undertaken during the release of the Tax Working Group’s final Future of Tax report, which recommended broad reform of New Zealand’s taxation system, including a well-signalled capital gains tax.

When asked how much sale prices would be impacted by the introduction of a capital gains tax, 42 per cent of respondents indicated less than 5 per cent, while 37 per cent stated more than 5 per cent.

Just over a fifth (22 per cent) indicated a capital gains tax would have no impact on sale prices.

The Tax Working Group’s recommendations are only proposals at this stage, and a significant process lies ahead before any tax changes are introduced by 2021.

“Queenstown held onto its top spot for the tenth consecutive quarter, with a net positive 39 per cent of respondents expecting house price growth.

Dibble says median price expectations in Auckland overall were negative for the first time, with a net negative 10 per cent.

“This reflects the current market conditions, with REINZ data showing median prices have decreased by 0.5 per cent over the past year.”

A higher proportion of respondents still expect median prices to increase over the next year in Wellington.

This was also the first time that respondents were more positive about Wellington new apartment median prices rising over new terraced and detached houses.

“The lack of supply due to planning and resourcing issues is a problem for the government, developers and builders,” Evans says.

“KiwiBuild is providing new supply but the current undersupply of new dwellings in almost all regions is unlikely to be resolved in the short term.”

The latest quarterly Commercial Property Investor Confidence Survey, shows a net positive 22 per cent (optimists minus pessimists) of respondents expect investment conditions to get better over the next 12 months.

This is broadly in line with the last four quarters.

The survey was undertaken during the release of the Tax Working Group’s final Future of Tax report, which recommended broad reform of New Zealand’s taxation system, including a well-signalled capital gains tax.

No distinguishable shift in trends was recorded during the survey period.

Chris Dibble, Research and Communications Director at Colliers, says 10 out of the 12 regions surveyed recorded a net positive score.

“While the Tax Working Group’s recommendations could have far-reaching impacts for the commercial property sector, if implemented, our survey shows investors remain broadly positive about conditions in the year ahead.”

Dibble says it’s important to remember the Tax Working Group’s recommendations are only proposals at this stage, and a significant process lies ahead before any tax changes are introduced by 2021.

Colliers International’s latest survey returned Queenstown to the top spot for commercial property investor confidence, after being eclipsed by Tauranga/Mt Maunganui in the previous quarter.

Queenstown recorded a net positive 52 per cent, up 6 percentage points on the December 2018 quarter.

Alastair Wood, Managing Director of Colliers Otago, is upbeat about the market’s fundamentals.

“Population and tourism growth continue to underpin confidence within the Queenstown commercial market, with significant investment forecast in both infrastructure and construction over the next decade,” he says.

Tauranga/Mt Maunganui may have lost the top spot but remains one of the most confident markets in New Zealand, coming in at second place.
It recorded a net positive 51 per cent – only 1 percentage point behind frontrunner Queenstown.

“We’re seeing record prices for quality investments, with yields in the 4 per cent to 5 per cent range being achieved from investors from all over the country.

“I think this year Tauranga will remain in high demand from investors who find it a safe-haven for their funds, with strong population growth and a booming regional economy.”

Wellington took out third place in the survey overall, with a net positive 43 per cent, followed by Auckland (32 per cent) and Hamilton (30 per cent).

The office sector was the stand-out in Wellington, where tenant demand remains high and vacancy rates are low, despite premium new stock coming onto the market.

Richard Findlay, Managing Director of Colliers Wellington, says the Wellington office and industrial markets are continuing to tighten with vacancy rates across both sectors at historically low levels.

“The growing premium office stock is seen as a positive in a tight A and B Grade office market where tenants are demanding more from their buildings and using space more intensively.”

Napier/Hastings had a standout result with a net positive 24 per cent – the highest on record since the survey began almost a decade ago.

Christchurch recorded a 15 per cent net negative score, with pessimists outweighing optimists. However, 45 per cent of respondents in both the office and retail sectors were neutral, indicating they expect current positive investment conditions to remain steady.

New Zealand’s industrial sector continues to be a top performer. In Auckland and Christchurch, respondents were most optimistic about industrial.

In Wellington and Christchurch’s retail sector, pessimists outweighed optimists. However, 47 per cent and 45 per cent of respondents respectively expected conditions to remain steady.