Auckland’s suburban apartment market is outperforming the once-dominant CBD, with a recent Colliers survey finding the best-selling project is located in the suburban hub of Albany 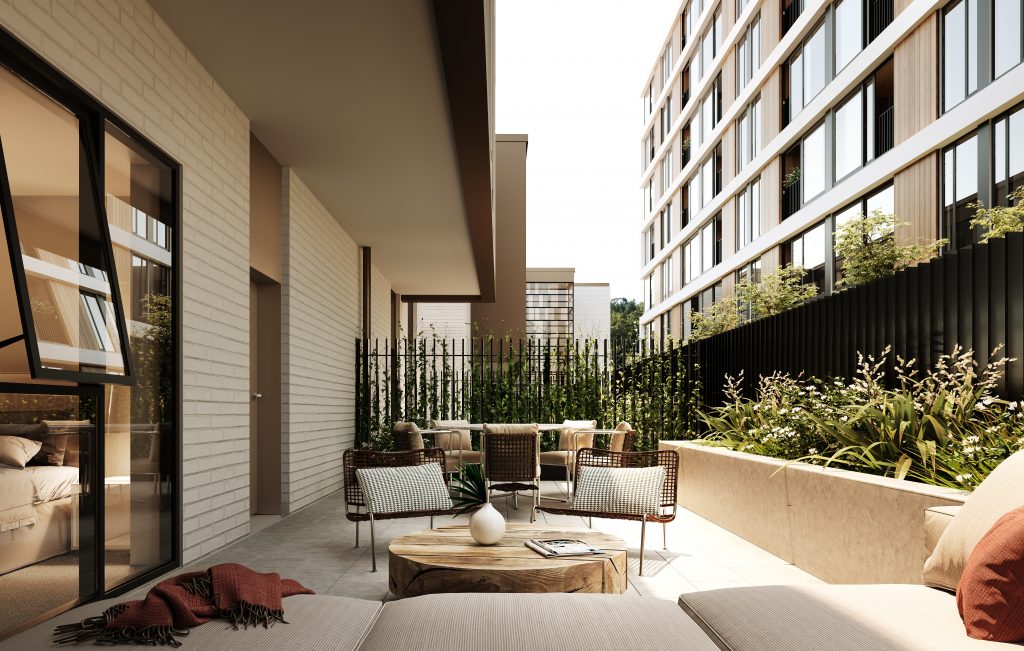 It was the first new apartment project in New Zealand to commence construction after the Covid-19 lockdown, and is now the best-selling project in Auckland.

That’s according to Colliers International’s latest Auckland Apartment Project Survey, which looked at 58
projects across Auckland with a total of 3,733 units.

The survey found suburban apartments accounted for more than two out of every three sales in the first half of 2020. The once-dominant CBD apartment market now only accounts for 12 per cent of sales and the city fringe 21 per cent.

Risland Albany had the highest number of new sales in the first half of 2020, with 60 unconditional sales.

“Risland’s success shows that with low interest rates, which are likely to get even lower, investors are starting to return to Auckland’s new apartment market.

“With Labour now set to govern for a second term, investors are likely to remain confident that a capital gains tax won’t be introduced in the near future. This certainty makes residential property an appealing investment, especially as low interest rates continue to limit returns from term deposits.

“New apartments also offer an affordable first step onto the housing ladder. Projects like Risland, which combine good design with excellent access to transport and amenity, are particularly sought after – as the sales results show.” Risland Albany is located on a gently sloping site at the heart of Albany, beside the roundabout where Munroe Lane meets Don McKinnon Drive.

It is central to everything Albany has to offer, including abundant retail and entertainment options, outstanding schools, a university, top sports facilities, and easy access to the rest of the North Shore and its famed beaches, as well as the wider Auckland region.

Risland Albany has been designed by renowned architecture firm Leuschke Group, which has created many of New Zealand’s most distinctive buildings over the last 30 years.

Leuschke Group has delivered a considered design that uses three low to medium rise buildings to create a
vertical village around a central landscaped courtyard. The design makes the most of the site’s natural northsouth orientation, allowing all apartments to face east or west for sun and views.

The project is being delivered by experienced international property development company Risland, which is dedicated to providing dynamic, human-centric living solutions. The company has delivered numerous projects around the world, including the United States, United Kingdom, Australia and across Asia.

Its first New Zealand development, Neo, is currently under construction in the Auckland city fringe suburb of Grafton, and scheduled for completion in 2021. Neo was also designed by Leuschke Group, which has created more than 2,000 completed projects and has particular expertise in luxury residences, apartments and boutique commercial projects.

Alice He, Project Sales Manager at Risland, says location is key to the project’s appeal.

“Situated at the heart of Albany, this development is ideally positioned to benefit from an excellent mix of
amenities, jobs, motorway access, public transport and most importantly, the enormous economic growth of the area.

“Risland Albany features a sophisticated palette of exterior materials that pairs the texture of painted brick, rough concrete and grooved panelling with the warm hues of timber and dark bronze.

“The apartments have simple, modern interior design underpinned by a neutral palette of monochromatic tones against a timber floor. These freehold, high-quality, low-maintenance apartments are ideal for owner-occupiers and investors.

“Quality features that stand out from other developments include winter gardens, high ceilings, heat pumps, and sleek kitchens with dual-tone cabinetry and engineered stone benchtops.

“Risland Albany offers a great combination for buyers – certainty to build, affordability to buy, quality to live in, and ease to maintain. We are very pleased with the sales success so far.”

Risland Albany benefits from a highly accessible location, only a two-minute drive to the State Highway 1 onramp, providing easy access to central Auckland. It is also a short walk from the Albany Bus Station, where residents can commute to the CBD in as little as 20 minutes via the Northern Busway.

The development is a 1.6km walk from Massey University and in zone for Albany School, Junior School, Senior School and Pinehill College. The prestigious Pinehurst and Kristin Schools are also close by.
Risland Albany is strategically positioned to ride a wave of residential intensification and population growth
fuelled by infrastructure improvements and commercial development. 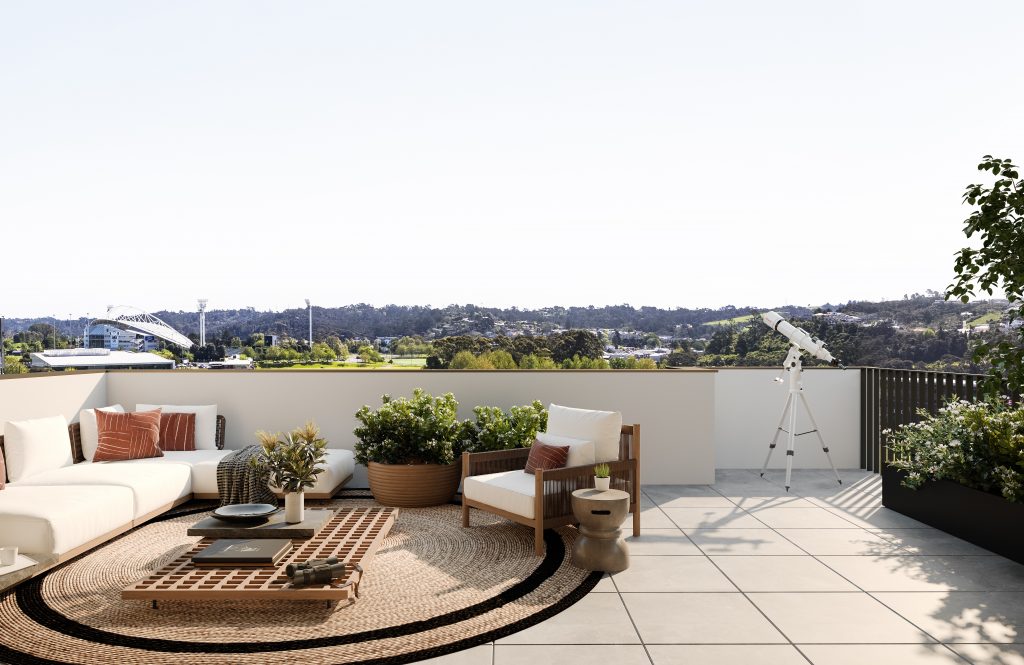 Albany has been identified by Auckland Council as a key growth node and the northern hub of Auckland. This has translated into a surge in development, with Scentre Group announcing its intention to spend $500 million to make nearby Westfield Albany one of the largest shopping centres in New Zealand. Albany and the surrounding suburbs also form a key employment hub. By 2026 there will be an estimated 200,000 to 300,000 jobs within a 45-minute commute, creating an increase in demand for housing in Albany.

House prices in Auckland are continuing to trend upward, spurred on by record low mortgage rates and high demand.

Apartments in Risland Albany are expected to generate a gross yield of 4 to 5 per cent and with interest rates on term deposits at an all-time low, this allows buyers to get a higher yield and potential for capital growth.

As a new build, Risland Albany offers both lower restrictions on overseas investment and lower deposits than an existing property, at 10 per cent for residents or 20 per cent for non-residents.