Autonomous vehicles will change the way commercial properties are designed, the facilities they offer, and where they are located, an occupier services expert believes. 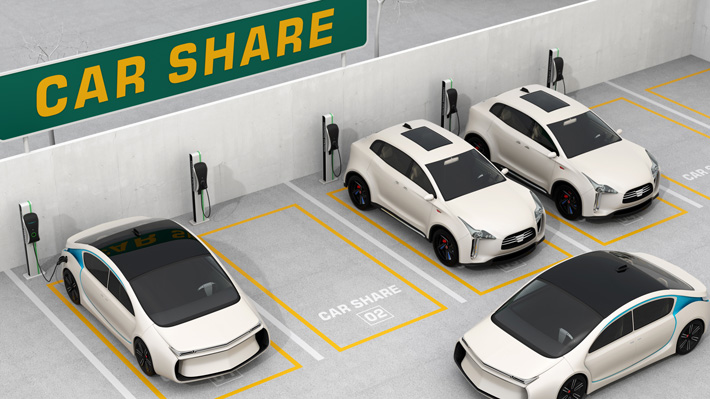 Chris Farhi, Strategic Consulting Director at Colliers International, says it is too soon to predict exactly what impact driverless cars and trucks will have on commercial property.

But he says there’s no doubt tenants will need adaptable spaces to cater for a mix of parking, electric charging, and autonomous pick-up and drop-off zones.

Driverless cars are also likely to have a noticeable impact on congestion, allowing a rethink of where premises are located.

“Autonomous vehicles will dramatically change the way people and goods are moved about, which will inevitably have an impact on commercial property,” Farhi says.

“All the major vehicle companies are investing heavily in driverless technology, as well as deep-pocketed tech companies like Google, Apple, Tesla and Uber.

“The question isn’t if, but when, autonomous vehicles come to dominate our roads – and commercial property tenants and owners need to be ready to adapt.”

“People will no longer need to own private cars – instead, they will be able to make use of shared autonomous vehicles, when and where they are needed.

“That is likely to prompt a shift away from individually assigned car parks towards more shared parking spaces.

“It could also reduce the overall number of car parks that commercial premises need.

“We’re already seeing some tenants worrying about locking in large amounts of parking for a long time because they may not need it.

“From a leasing perspective, tenants should look at achieving flexibility from their landlord over the number of carparks that they lease – for example, the rights to drop carparks that aren’t needed.”

Farhi says building owners and developers will also need to adapt to the design challenges that autonomous vehicles will bring.

“We’ll need more electric charging stations, as the shift towards hybrid and electric vehicles goes hand in hand with driverless technology,” he predicts.

“Investors should also be careful that their buildings are future-proofed for changes.

“For example, substantial basement car parking with low floor-to-floor heights could become problematic because it is difficult to repurpose for alternative uses.”

Driverless vehicles could also change the way goods are delivered and picked up, Farhi says.

“Ideally, driverless cars will enable fully automated pick-up and delivery – but the automation of the final exchange of goods could be challenging.

“The idea of a courier walking a package to a receptionist on level 27 of a building won’t work.

“Office buildings may need to be designed with exchange points so that parcels can be automatically picked up and dropped off securely.

“Logistics companies and large format retailers may also need to redesign their inward and outward goods facilities to allow for greater automation in the supply chain.”

Farhi says current research has conflicting views about the impact of driverless cars on congestion.

“Some predict a major reduction in congestion, while others predict an increase – particularly in the transitional years where driverless cars are the minority.

“I support the idea that congestion will reduce, if anything because you’ll get rid of distracted drivers causing delays and accidents.”

Farhi says autonomous vehicles could have an impact on where businesses choose to locate.

“For freight and logistics, the choice of locations is super critical because it impacts both the travel time and the risk of delays – for example, longer journeys with high congestion are more exposed to delays.

“Driverless vehicles may enable businesses to be more flexible about their choices of locations.

“Companies could move further out into cheaper locations, or even reconfigure their network of depots.”

Autonomous vehicles are being extensively tested on public roads overseas, but their use in New Zealand has been limited so far.

The Ministry of Transport says changes to road infrastructure won’t be needed, given that autonomous cars rely on their own sensors and computers to navigate.

However, the ministry and the New Zealand Transport Agency are reviewing current legislation to clarify the legality of testing driverless cars in New Zealand, particularly when it comes to liability.