Construction output is expected to grow by 5.5% in 2021, with growth continuing until 2025, a GlobalData report finds 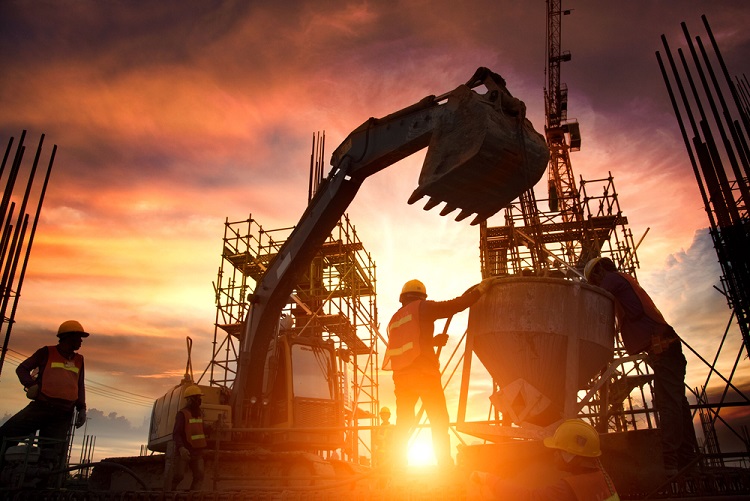 New Zealand’s construction industry recorded an annual average growth rate of 6.6% between 2016 and 2019 before lockdown restrictions in the first half of 2020 saw the industry contract by 7.3% in real terms.

However, growth is expected to return in 2021, with the industry forecast to record real growth of 5.5%. The industry’s recovery will be driven by investments in shovel-ready projects, as well as a sharp recovery in output levels compared to periods when works were not permitted or were severely restricted in 2020.

GlobalData’s report, ‘Construction in New Zealand – Key trends and opportunities to 2025 (H1-2021) ’, reveals that the industry is expected to register an average annual growth rate of 3.5% between 2022 and 2025, supported by investments in residential, transport, institutional and renewable energy projects.

GlobalData Economist, Willis Rooney says the Government’s plans to fund large shovel-ready infrastructure projects, identified by the Infrastructure Reference Group (IRG), will have a considerable multiplier effect on the economy as a whole – supporting growth in the construction industry, facilitating job creation and supporting related industries.

In terms of sector, the highest value of projects was announced for community development, worth NZD1.2bn ($858.8m), followed by transport infrastructure projects, with a value of NZD1.1bn ($787.3m). Housing projects worth NZD974.6m ($697.5m) were also announced – the third highest by value.

In terms of region, the highest value of projects was announced in Auckland at a total value of NZD1.2bn ($858.8m), followed by Otago and Canterbury.

“The construction sectors most likely to benefit will be in infrastructure and residential,” Rooney says.

Infrastructure expenditure in New Zealand’s 2021 budget makes up a significant portion of new spending. Crown infrastructure investment over the period 2021–2025 has been increased substantially to NZD57.3bn ($41bn), including a further NZD1.3 billion ($930.2m) investment for KiwiRail and the National Land Transport Fund. Further capital investment includes NZD700m ($500.9m) on healthcare infrastructure, NZD300m ($214.6m) for the redevelopment of Scott base in Antarctica and NZD300m ($214.6m) for the Green Investment Fund.

“While maybe not as expansionary as some may have hoped, the budget is likely to generate substantial economic benefits for New Zealand and drive the 4% GDP growth forecasted by the IMF this year,” Rooney says.

“The budget will also provide much needed support to a construction sector in the early stages of recovery from the downturn last year.”