“Timely delivery of trunk infrastructure is a major constraint on developers’ ability to deliver housing across New Zealand,” he 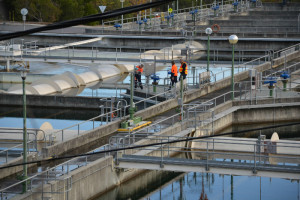 “Under this model, Crown Infrastructure Partners (CIP) will facilitate partnerships between the government and local councils to enable private investment in roads and water treatment plants to unlock land for development.

“Traditionally councils have been unable to deliver infrastructure soon enough because of other demands on funding and political constraints on their ability to increase property rates and fund debt.

“Under this model, the debt will be covered by private investors.

“The $600 million seed fund announced today will enable CIP to cover initial demand risk until the developments are in place and new ratepayers are able to pay for the infrastructure.

“As the crown is repaid, it will then be able to recycle that capital into new developments.”

A key advantage of this approach is that the cost of the infrastructure is not included in the upfront cost of a home, Selwood adds.

“Instead, home owners will pay for the infrastructure services over time through targeted rates on their properties.”

The crown partnership agency is similar to the successful Scottish Futures Trust model in Scotland and the Municipal Utility District approach in the US, Selwood notes.

“Both countries use these models to deliver better outcomes sooner by leveraging private capital and expertise.”

“Crown Fibre Holdings has a track record of successful partnerships with the private sector and this approach has enabled a step change in the roll out of high speed broadband.

“Successful evolution of that model into integrated development of infrastructure and housing at scale could transform housing supply and make a significant contribution to delivering affordable homes sooner rather than later,” Selwood says.