Construction insolvencies made up a quarter of all business insolvencies in the country, spurred further by construction cost rises due to increased demand and supply shortages, the Australian Constructors Association finds 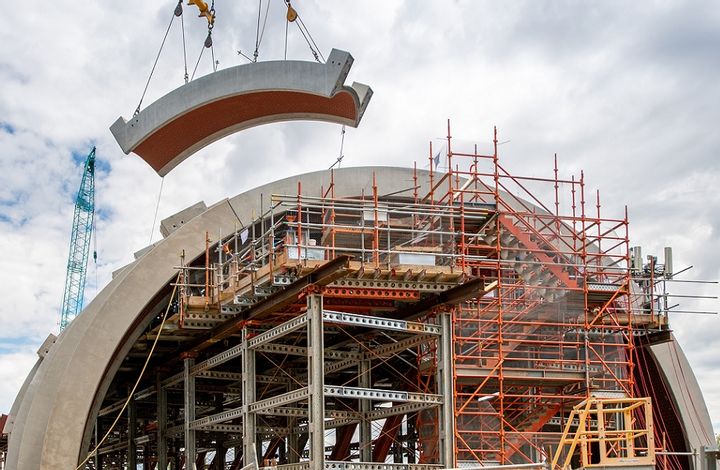 More needs to be done to increase productivity and reduce insolvencies before Australia’s infrastructure activity doubles to the projected $52 billion in 2023.

This was the finding from the latest scorecard for the construction industry, focused on NSW and Victoria’s record pipeline.

The two state governments had improved on 90 per cent of their reform commitments but there was still work to be done with construction growth lagging behind other major industries by 25 per cent during the past three decades.

This report surveyed 26 projects valued between $200 million and $500 million and found the greatest improvements had been made in standardising contracts and procurement methods, establishing consistent government policy and creating a transparent pipeline of projects.

However “wasted effort” was easily identified in the lengthy bid process, multiple layers of design review and contractors being required to undertake their own site investigations despite this being included in the tender documents.

Productivity could also be upped with a more diverse employees, namely women who made up just 12 per cent of the workforce.

Collaborative contracts, which accounted for less than 50 per cent of the projects, also led to better outcomes for the industry shifting away from procurement methods which allocated more risk to contractors.

ACA chief executive Jon Davies said this showed the government had made progress in matching expectations.

“The greatest improvements have been recorded against the government’s commitments to standardise contracts and procurement methods, and develop a transparent pipeline of projects,” Davies said.

“In fact, the transparency of the pipeline is now exceeding expectations.

“Face-to-face interactive briefings with industry have been well received and helped to elicit industry feedback on the market’s capacity to deliver the forward pipeline, along with options for packaging and phasing of individual projects.”

Davies said despite the gains, consistent government policy continued to lag other commitments.

“Further improvements are desperately needed to address the industry’s many challenges including high rates of insolvencies, low productivity growth, lack of diversity and poor mental health,” he said.

“With the construction industry missing out on employing approximately half the working population, immediate action is needed to reverse the decline in industry diversity.

“Achieving this reform by leveraging government procurement practices is preferred to quotas that don’t alleviate the underlying issues and can have unintended consequences such as increasing the cost of construction.”