Despite property values dropping less than before, future increases to the Official Cash Rate will likely shoot down any optimism in the housing market, CoreLogic NZ Head of Research Nick Goodall says 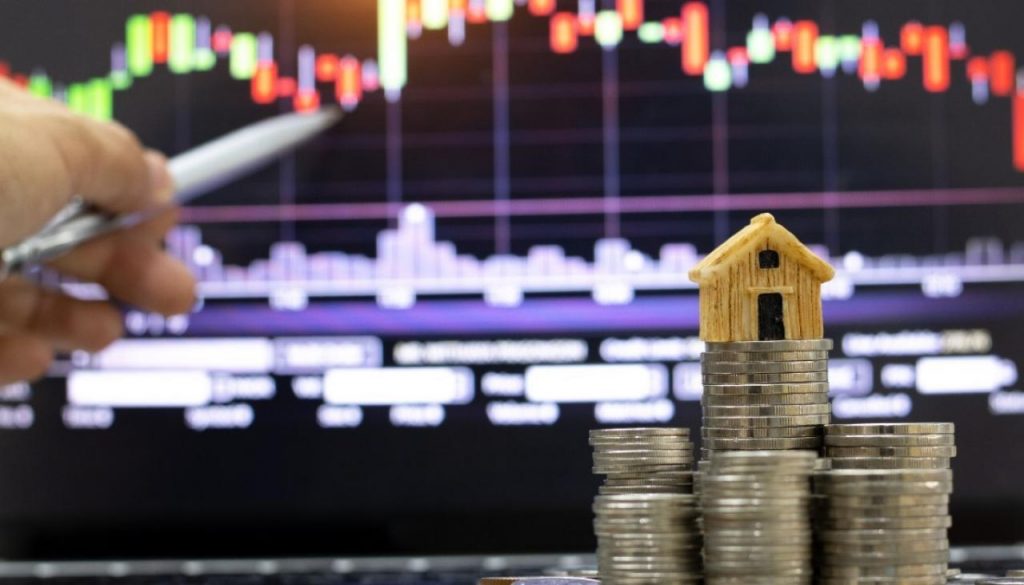 The housing market downturn slightly eased in October, with values falling by -1.3% over the month after tracking down -1.5% in September.

However, any shoots of optimism are likely to be cut short by future increases to the Official Cash Rate (OCR), starting with the next Monetary Policy Statement from the RBNZ on 23 November.

The biggest constraint on the housing market right now is affordability, with potential buyers stretched by both increasing mortgage interest rates and the more stringent serviceability test rates.

The latest CPI inflation figures for Q3, which shocked all predictions coming in at 7.2% annual growth, led to an across-the-board upward adjustment of OCR forecasts.

Assuming the RBNZ follow suit on 23 November the OCR will move to 4.25%, which could see the floating rate approach 8% and the 1 year fixed rate top 6%. This will likely lead to a lot of belt tightening by mortgage holders – the exact desired effect the RBNZ wants.

The average floating rate at the end of October was roughly 7.1% and the average 1 year rate was 5.6% – although some individual banks have already pushed it to 5.99%. Meanwhile the serviceability test rate was already above 8% for at least one main bank and with multiple increases to the OCR forecasted, this test rate could lift to as high as 8.5%.

Furthermore, this market downturn continues to compare unfavourably to the last major downturn, following the Global Financial Crisis in 2008. The national quarterly rate of fall at the end of October of -4.5% now exceeds the worst quarter from that period, which was -4.4% at the end of August 2008.

The annual rate of change has now fallen into the negatives (-0.6%), only a year after experiencing the strongest rate of growth on record (28.8% in the year to the end of October 2021).

Stretched affordability is constraining the ability and willingness of all buyers to get or extend a mortgage, while property investors looking to grow their portfolio are also faced with tighter tenancy regulations alongside increasing costs and reducing rental growth.

This all leads to reduced demand and contributes to falling prices for our largest asset.

It mightn’t be too long before the RBNZ shifts away from their current focus on containing inflation, and also consider more deeply the impact of tightening monetary policy on the economy, employment and property values.

For now, the impact has been manageable and limited, but with each OCR hike comes a heightened risk of a deeper and longer recession and with it growing unemployment and financial stress.

Property values continued to fall across all four main centres in the North Island in October with Wellington yet again continuing to experience the weakest performance. Values across the broader capital area (including the Hutt and Porirua) fell a further -2.6% over the month, although the quarterly fall of -7.5% was a slight improvement on the three months to end of September (-8.5%).

The annual fall has grown to -13.1%, extending the record for the region, first broken last month.

Both Christchurch and Dunedin saw reductions in the rate of value falls over the month, in Dunedin’s case back to 0.0%, from -1.7% in September. It’s too early to call the end-game for the southern-city however, with persistent monthly falls below -0.5% since February 2022 and the quarterly drop of -4.2% illustrating a more relevant trend of a market in retreat.

Affordability will once again be a factor in these markets experiencing particular weakness, with both Wellington and Dunedin seeing strong growth in the run-in to the onset of the pandemic – notably in the latter half of 2019.

For the other main centres in the North Island, values are now lower than they were a year ago for the first time since this downturn began.

In Auckland, after a minor improvement in the quarterly rate of fall in September (to -4.0%), the rate deteriorated again in October (-4.8%) illustrating continued uncertainty and weakness in our largest city.

The weakness across the Wellington region is persistent and continuous, with Lower Hutt in particularly seeing large falls, down -3.1% over the month, -9.5% over the quarter and -16.8% over this time last year.

Strong growth prior to the pandemic-induced upswing meant affordability was already stretched before values sprung 39% in the year to the end of October 2021 and a total of 45% in the 18 months up to the end of December 2021.

At the end of March 2020, as we were plunged into lockdown, the Lower Hutt housing market had already seen 17.2% growth in the prior year – it had a head-start and buyers then fully embraced the cheap, easily accessible lending available to continue investing in housing, including in new developments.

Despite a diverse city of property types, locations and prices, the relative weakness across Auckland was evident everywhere in October, with values falling across the board, from -1.3% in both the North Shore (average value $1.52 million) and Franklin ($980,000) to -2.2% in Papakura ($1 million).

On the longer term annual measure, the smaller outer areas of Rodney, Papakura and Franklin have held up better, with average values in these areas remaining above the same time last year. Something that can’t be said for the more populous areas closer to the central city.

The monthly results were more mixed in the other main urban areas with mini-bounces in value occurring in both Nelson and Gisborne after prior monthly falls. Values remain down on the quarterly measure everywhere except Queenstown, but New Plymouth has shown similar resistance to the adventure capital of the world with values still 10% above the same time last year.

On 5 October the RBNZ considered a 75 basis point OCR lift and it will almost certainly not only consider it this month but likely settle for it, especially following the recent inflation figure and assuming another strong labour market result on Wednesday.

Perhaps of most interest when the Monetary Policy Committee next meet, and publish their OCR decision on November 23, will be their forward guidance. Not only for the OCR, but also for GDP, the unemployment rate and house prices too.

All banks have revised their house price forecasts down in the wake of the latest data and if we assume an -18% fall from peak-to-trough, that would take the average price to $855,000, still a lot higher than March 2020. The average value prior to the pandemic hitting our shores in Feb 2020 was $723,000. To get back to that value would necessitate a -31% fall – not something anyone is forecasting, yet.

While the RBNZ has acknowledged the banks are well capitalised and have shown a willingness to fight hard on rates and cashbacks, the competition has appeared to recede more recently, with some turning an eye to favourable buyers who may remain more active than other groups – first home buyers.

The latest CoreLogic Buyer Classification data showed this group has managed a bit better than other buyer groups in the tightened environment, with 24% of sales going to them in September – their highest proportion since March 2022. Short-term uncertainty perhaps playing less of a part in their decision making than other buyers, particularly investors.

Those investors could also well be looking at greater yield available elsewhere, especially as the residential property market remains surrounded by regulation, has reduced capital growth prospects and appears to return a stubbornly low yield.

In contrast a one year term deposit now averages 4.11% return (as reported by the RBNZ) for not much effort on the savers part. This is of course the desired intention of raising the cash rate, not just discouraging borrowing but encouraging saving elsewhere.

Time will tell whether the latest data releases and upcoming decisions and commentary will be enough to rein in spending and encourage more saving to produce a meaningful reduction of inflation – if not, the RBNZs job is going to get much more complicated.