CoreLogic data shows New Zealand’s property growth rate experienced a mini-bounce in October, but can we expect this to continue into summer? 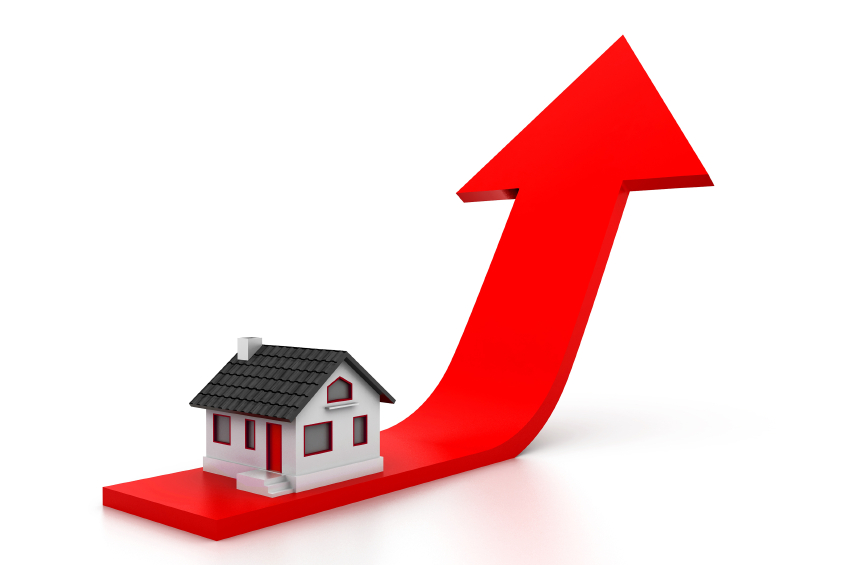 Nationwide property values rose 2.1% over October, up from 1.4% in September and the first time in six months that price growth accelerated. CoreLogic NZ Head of Research Nick Goodall is not surprised by the latest numbers.

“This acceleration in the monthly rate of growth can probably be explained by factors related to the Delta outbreak, including a renewed tightening of advertised supply while demand for housing remained high.

“Aotearoa’s Alert Level 4 settings, which were enforced nationwide for two weeks on August 18 and lasted for five weeks in Auckland, had a noticeable impact on total listings.

Already low levels of supply dropped further during this time and while inventory levels have since started to recover, advertised supply is likely lower now than otherwise may have been, which would have placed renewed upwards pressure on prices.

“At the same time, demand for housing appears to have been less affected. Confidence in the property market remains high and while tighter credit conditions, worsening affordability and increasing interest rates will weigh on market activity, the promise of tougher conditions in the future can actually lead to increased competition in the short term as buyers aim to beat any further policy intervention,” says Goodall.

From November 1, fewer owner occupiers have been able to secure funding at a high LVR (>80%), with the RBNZ mandated speed limit halving from 20% of new lending above 80% LVR, to just 10% of new lending.

The standard 1 year fixed mortgage interest rate is already typically 100 basis points higher than in July, and with the Official Cash Rate (OCR) forecast to steadily grow over the next nine months borrowing conditions are only going to get more difficult.

“Last week the Bank of New Zealand announced a DTI cap of 6 for some borrowers, which if implemented across all banks for all mortgage originations would impact one in four first home buyers nationwide,” says Goodall.

The October House Price Index reveals the recent boost in prices were evident across each of the main centres.

Value growth in Hamilton slowed slightly over the month (3.7%), but the monthly figure has been relatively volatile recently and the September rate of growth (5.2%) was unlikely to be sustained.

The average property price in Tauranga increased by 4.3% in October, and 9.7% over the last three months – the fastest rate of quarterly growth of the main centres. The annual rate of growth, at 35.8%, is now the strongest on record (back to 1990).

Similarly in Christchurch, the annual rate of growth, at 31.9% is the strongest on record. With values increasing by 4.1% in October, and 7.6% over the last three months, the average property value in the Garden City is now $693,864. This takes it above the average value in Dunedin ($683,060) for the first time since November 2019, when Dunedin overtook the then stagnant Christchurch property market. After a month of no growth in September, values in Dunedin grew by 1.6% in October.

Property values in our largest city, Auckland, jumped a further 2.6% in October taking the annual rate of growth to 26.3%, yet another record. This is a staggering result, considering the average property value of $1.38 million, meaning values have increased by an average of $288,051 over the last year.

Incredibly, the dollar value of growth in the last year was higher in Wellington, where the average property value now exceeds $1.1 million; an increase of 36.1% over the last 12 months (or $292,501), yet another record.

“The average value in New Plymouth dropped by -1.6% over the month and the rate of growth slowed, but remained positive in each of Rotorua, Queenstown, Porirua, Kapiti Coast and Hastings. Meanwhile quarterly growth of 10.2% in Queenstown takes the average property value beyond $1.5 million – the most expensive in the country.”

“As we approach the end of the year potential borrowers and current owners must prepare for increasing costs of home ownership, along with increases in other living costs. Regulation is also unlikely to go away as affordability continues to worsen and the property market remains a politically sensitive topic.”

Goodall says the latest lift in houses prices was not unexpected and the longer term trend of slowing sales volumes and values will likely reassert itself before too long, due to rising mortgage interest rates and tighter tax and lending rules.

“However, in lieu of a big rise in unemployment, sharper falls in house prices still seem unlikely.

“It’s no surprise that house price growth will likely ease, and it will get a bit tougher to borrow money. Nonetheless, the New Zealand property market remains an attractive proposition for those taking a longer view,” says Tim Kearins, Owner of Century 21 New Zealand.

“While it is a time of turmoil in many respects, let’s not forget that New Zealand enjoys great political, financial, economic, and social stability. That has helped underpin a relatively prosperous housing market over the years. Yes, the Reserve Bank stands by its forecast that the rate of growth is likely to slow, but Kiwis’ confidence in the housing market will continue as will their demand,” says Kearins.

The Century 21 leader agrees the likes of 25% annual median house price growth was never sustainable, but the good news is any easing will likely be sure and steady.

The Reserve Bank is not predicting a sharp correction, but it does raise some concerns about recent buyers borrowing more to their relative income, making them more vulnerable to higher mortgage rates.

Hence, the central bank has said it will consult on the merits of implementing debt servicing restrictions and expects banks to be more cautious about high debt-to-income loans.

“No one wants to see young Kiwis over commit and then get caught. In that regard, the Reserve Bank’s soundings and possible actions are designed to minimise such risk,” he says.

Early last month, the Reserve Bank lifted the Official Cash Rate by 25 basis-points to 0.50% – the first OCR hike by the central bank in over seven years. Interest rates remain low, with all eyes on the next OCR review on 24 November.

“Mortgage rates are still very low, rents are at record highs, housing demand remains strong, and despite the pandemic and lockdowns, economic confidence and unemployment are in relatively good shape. All things considered, we’re not expecting a red-hot summer, but it will be a busy one.

“Yes, there are massive stresses in certain sectors and regions, but history shows us that residential housing in New Zealand is a safe and proven medium to long-term investment.”

Share. Twitter Facebook Google+ LinkedIn Email
Previous ArticleDigital solutions to the financial complexities of construction
Next Article BIMSafe NZ could be a health and safety game-changer