A new CoreLogic report on women and property reveals more about the apparent gender wealth gap, finding that men own 31,000 more properties than women in New Zealand 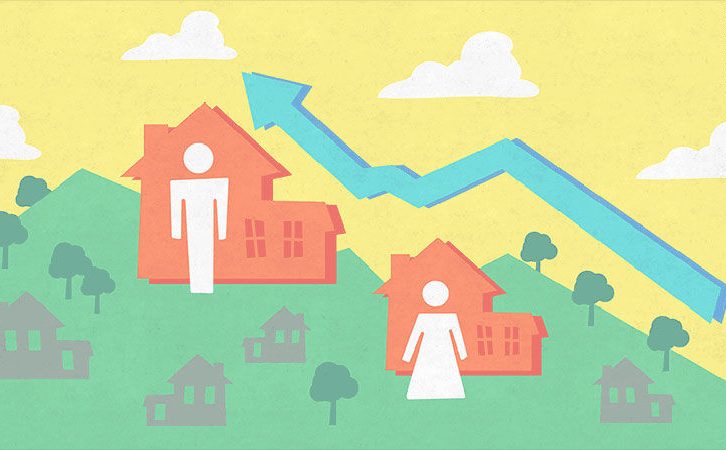 CoreLogic’s latest comprehensive report, Women and Property: State of Play, provides an enlightening view of who is most engaged in the property market by gender, why the numbers break down as they do, and what institutions can do to promote higher rates of property ownership across the board.

Using analysis of the comprehensive CoreLogic property data universe, we can understand more about who owns residential property wealth, which is worth more than $1.3 trillion in New Zealand and $7.5 trillion in Australia.

Women lag behind men in property ownership in both countries

“As property ownership is ultimately a function of income, fixing the gender wealth gap in property could be about fixing the gender pay gap, which in New Zealand is -9.5% between men and women, and -13.4% in Australia. The lower the income, the harder it is to access property, and this has significant implications for women – especially if we are trying to create an environment where there is equal opportunity for property acquisition.”

In New Zealand, where 1.7 million properties were analysed, the 1.8% difference in sole ownership amounts to over 31,000 more properties that are owned solely by men than women.

“The distinction between sole male and sole female ownership may seem small and relatively minor on paper, but it is not minor when you account for the flow-on effects in the real world, from wealth creation throughout working life to the ability to self-provide in retirement,” says Moors.

In both countries, the most common type of ownership was property where men and women had shared ownership. This accounted for 56.8% of the properties analysed in New Zealand and 43.9% of properties in Australia.

“Shared ownership implies two or more incomes were used to buy the property, so the high level of ‘mixed gender’ ownership could speak to affordability constraints trying to buy on just one income,” says Moors.

“As we had expected before we conducted the analysis, we found a lower rate of property ownership for females, likely because of the gender pay gap to some degree. Lower income means tougher access to property, and may explain the relative majority in New Zealand of women sharing ownership with men and a further 2.9% of joint female ownership, because they are less able to afford to buy on their own.”

Across New Zealand and Australia, rates of female ownership of property tend to be higher in major cities. This may be influenced in part by a higher rate of units and apartments, which are generally more affordable than houses. At a regional level, Auckland has the highest share of female-only property ownership, at 23.7%, followed by the Gisborne Region (21.2%), closely followed by the Wellington Region (21.0%).

At the other end of the spectrum, the West Coast Region has just 16.9% female-only ownership, followed by the Tasman, Nelson and Marlborough region (17.9%) and Northland (18.2%). It is noteworthy that 12 of the 14 regions covered had figures in the reasonably tight range of 18-21% female-only ownership.

CoreLogic found seven Territorial Authority regions in New Zealand where the rate of exclusive ownership was higher among women than men. The Kapiti Coast District’s rate of female ownership, 21.5%, was the highest level above the male-only ownership rate (18.4%).

CoreLogic Senior Property Economist Kelvin Davidson says it is reasonable to conclude that the distinction in gender of ownership in cities versus more provincial areas is due in part to the mix of jobs.

“On the West Coast, where exclusive female ownership is comparatively low at 16.9%, that is likely attributable to some degree to the agri-business focus of economic activity in that region, such as farming, forestry, fishing or mining, which tend to be male-dominated professions. The employment bases in cities and smaller centres, and the gender division in those jobs, has a role to play in who owns properties in each geographical area.”

The significance of the findings for institutions in NZ and AU

With property ownership being a “pillar” of retirement in both countries, outright property ownership reduces housing costs when income has generally dropped, and can significantly reduce the incidence of poverty in retirement. Housing can also provide a source of wealth accumulation to help maintain living standards, service health care or aged care costs, or support intergenerational wealth.

Moors says the gender pay gap presents a greater barrier for entry into the property market among women than men.

“The challenge of property ownership on a single income is also revealed by the large discrepancy in ownership rates for single people. CoreLogic suggests that savings and investment solutions from lending institutions for lower or sole-income people can help provide a leg up into the wealth accumulation that is associated with property ownership.

For more information or to access the full Women and Property: State of Play Report, visit www.corelogic.co.nz.