Over the last 10 years since the most destructive of Canterbury’s earthquakes, former Senior Structural Engineer with HERA (Heavy Engineering Research Association) Charles Clifton has analysed why certain structures (such as the CTV building) failed and what goes into making buildings more resilient under severe seismic stress 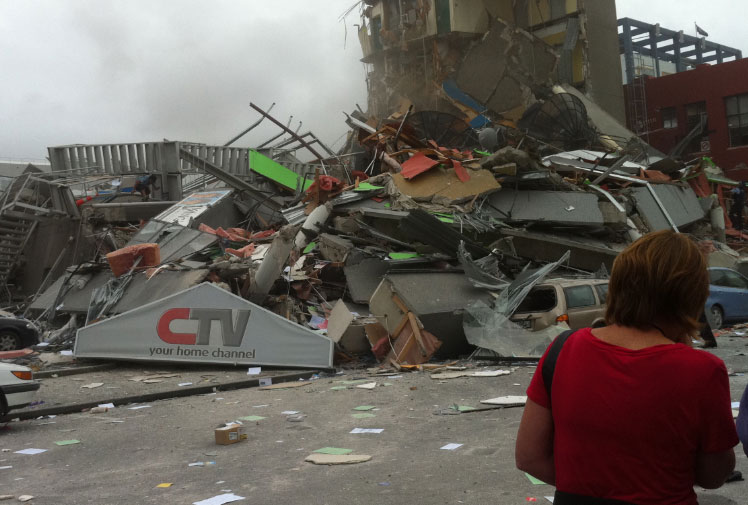 Through my collaboration with HERA (New Zealand’s Heavy Engineering Research Association), the University of Canterbury Associate Professor Gregory MacRae and Auckland University of Technology Senior Lecturer Shahab Ramhormozian, New Zealanders can be assured that the best structural and civil engineering minds are resolving the challenges around building performance; human safety; and the cost of construction and remedial strengthening in light of what we learned from Christchurch.

Where, then, has a decade of analysis and rebuilding brought us to?

In fact, analysis after the February 2011 earthquake showed the Christchurch buildings with standard construction of concrete floors on steel decks supported on steel beams were about 2.5x more resilient than industry-led design had calculated. These buildings use the ‘strong column, weak beam’ design model which allows steel structures to be ductile and move under severe seismic loading while being rigid under wind or moderate earthquakes.

Conversely, the CTV building failed, collapsing pancake-like, because earlier remedial strengthening work (done around two years after it was first built, based on an engineering inspection that identified critical weakness), only addressed the connection between the shear core and the top three floors, leaving the bottom three floors vulnerable to seismic forces. We know this because a survivor testified that when the earthquake started, her third-level floor fell from underneath her, indicating that the lower floors failed first. However, that was only the final catastrophic stage of a building with significant deficiencies right from the initial design.

If we think of buildings like a car, in the worst-case scenario, a head-on collision at high speed, we want the car to take the brunt of the force and the people inside it to survive unscathed – then we figure out whether the car can be repaired or must be replaced.

Our seismic design procedures for multistorey buildings have been based on this controlled damage model which allows the building, in the event it is overloaded by seismic activity, to stay standing while people evacuate, then the damage is assessed. This is how steel structures that went through the Christchurch earthquakes were designed to behave and they did that very well, generally with minimal structural and non-structural damage despite the very high severity of the earthquake.

Increasingly, more and more clients – people funding multi-storey construction – want the building to be fully functional after a severe event, so it is not uninhabitable for a long time and any repair work is unnecessary or can be done quickly and safely. With steel structures and composite floors, we are well down the track towards making this a reality, partly because steel structures performed so well in the earthquakes; we can build on that to make them “no-damage” at the design level.

Advancing the strong-column-weak-beam model to a no-damage model has historically been a question of how you design economically for a low-probability event, as earthquake previously was in the Canterbury region. Now, we have a case study which shows the cost of designing for no-damage adds only 1-2% to the structure cost, meaning less than 1% on the overall building cost. This largely eliminates concerns about extra cost to enhance safety and performance.

4) There is room for improving the efficiency of steel construction

In-situ concrete, where concrete is poured around a steel framework, is highly earthquake-resilient; pre-cast concrete is not. However, use of pre-cast in low seismic zones, such as Auckland (where construction is 50:50 concrete and steel) is appropriate. The focus should be on designing to the conditions and risks, and New Zealand is doing that well; for instance, precast floors are not being used in high-seismic regions. Steel’s ability to accommodate different building shapes and design makes it highly versatile. However, we can still find more efficiencies in how we use it in construction.

HERA has done a lot of work over the past few years to make certain that all steel coming into New Zealand, whether fabricated (to go straight into buildings) or pieces of steel for local fabrication, complies with the same level of quality that we require of local producers. This has come in the form of their guide to imported steel work, and in-depth seismic research in areas such as welded connections, brittle fracture, and seismic resisting systems delivered via Fabrication 4.0 General Manager Michail Karpenko.

We have seen a few examples such as a hotel at Christchurch airport where the building programme was not met because of quality of construction. We have the procedures and the knowledge in place to prevent that from happening in the future.

In New Zealand multi-storey construction, it’s up to the design team to put an inspection plan in place and designate the inspectors, and the building consent authorities are typically completely hands-off. If the parties involved at that stage are knowledgeable and act with integrity, you get an extremely good solution for very low compliance costs.

The problem – and this is a risk for the regulatory bodies and industry, led by government, to mitigate – is if any one of those parties lacks knowledge or integrity, you can get a poor performing solution which at worst can be disastrous, such as the CTV building. The current building consent and control system works well only when everyone knows what they’re doing and is interested in doing a good job.

Charles Clifton is an Associate Professor of Civil Engineering at the University of Auckland. He is a former Senior Structural Engineer with HERA (Heavy Engineering Research Association), where he promoted the efficient and effective use of structural steel in buildings and conducted and coordinated research in structural steel, composite construction, fire engineering and durability. Associate Professor Clifton’s PhD was awarded in 2005; its principal outcome was two new forms of semi-rigid beam to column connections for moment-resisting steel frames which are now used in a number of high profile New Zealand buildings.