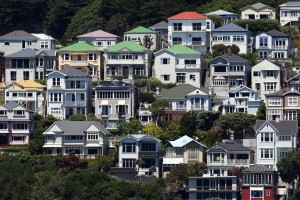 This, they say, is evident in the political risks it has taken in the policy design.

First, there is the obvious challenge to property rights through the proposed application of the compulsory purchase provisions in the Public Works Act (PWA), although it is important to note that these can be exercised only by the minister, not by the UDA directly.

Then there are the suggestions that:

Neither of these proposals features in the body of the consultation document.  On the contrary, it proposes that, to ensure a collaborative approach between local and central government, all territorial authorities (TAs) within an affected area should have a right of veto over whether a project proceeds.

Instead they are raised as questions for public feedback in the document’s concluding pages.  But the government will know that they each have the potential to be highly controversial.

So, is the political risk worth taking, particularly in an election year? This will depend entirely upon the workability of the scheme, and the evidence points both ways.

Doubtless it will create new opportunities. But whether they will favour the over-stretched local construction industry or overseas players, and the extent to which UDAs will be able to accelerate development and unblock financial bottlenecks, remains to be seen.

Anchors which may slow the UDA boat

The purpose of the UDAs is to speed progress and a number of “sails” have been attached to the boat to achieve this.

Chief among these are the streamlined consents processes, all of which must be completed within specific timeframes.

On the other hand, heavy consultation requirements have been built into the structure.  This is not a criticism.  New Zealand is a property-owning democracy and this must be reflected in all instruments of government.

But there are several steps which must be cleared before a project can proceed, each of which could be time-consuming and problematic:

Existing zoning restrictions and “Nimbyist” obstructionism are born of some sort of constituency – incumbent owners with vested interests who are also taxpayers, ratepayers and voters.

It is difficult to see how this influence can be circumvented.  In fact, by creating new layers of interface, the UDAs could make things worse, embroiling ministers and mayors in intractable local disputes.

Another possible anchor is funding.  The funding arrangements are the least developed aspect of the package, coming across almost as an “add-on”.

It is clear that one of the government’s aims was to find a way to let TAs escape their statutory debt limitations but the proposal as it stands cannot solve the TA’s accounting problem.

Some of these issues are unavoidable.  Others might be a matter for submission.  Submissions close on 19 May.

The 19 May deadline will push any new legislation beyond the 2017 election, and beyond the final report from the Productivity Commission on a fundamental rewrite of planning law.  There is a possibility that the UDA initiative will be rolled up into this wider reform.