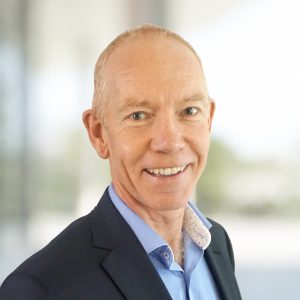 A Takapuna local and chartered accountant, Mr Hill is a partner at BDO, based in Takapuna. He leads a small team, advising medium sized businesses on the likes of acquisitions, business valuations, tax planning, trusts, and restructuring.

Takapuna Beach Business Association (TBBA) chief executive, Terence Harpur, says the local business community is delighted Andrew Hill has taken on the chairperson’s role after joining the board a year ago.

“Like the rest of us, Andrew’s keen to positively drive Takapuna as a key metropolitan centre for North Shore and wider Auckland. As a growing business, retail and residential hub, Takapuna has some significant infrastructure and community placemaking projects on the go. It’s an exciting time,” says Mr Harpur.

Retiring chair Tony Dench was acknowledged and thanked for his contribution in the role for the past three years, as was Greg Young as departing deputy chair and six years of service.

“Our board members are passionate businesspeople who volunteer their time for the advancement of Takapuna. We are grateful they’ve put their hands up for the coming year and we are fortunate to have such a strong mix of skillsets and experience given the bumpy road undoubtedly ahead,” says Mr Harpur.

TBBA’s 2020 AGM at the Bruce Mason Centre also saw the chair’s and CEO’s reports passed, priorities and actions for the upcoming year confirmed, and agreement by the board and members that Takapuna’s Business Improvement District (BID) levy would not be increased.