November saw 9,885 properties sold, the highest since March 2007, but will a lack of listings and rising house prices hinder a strong looking summer? 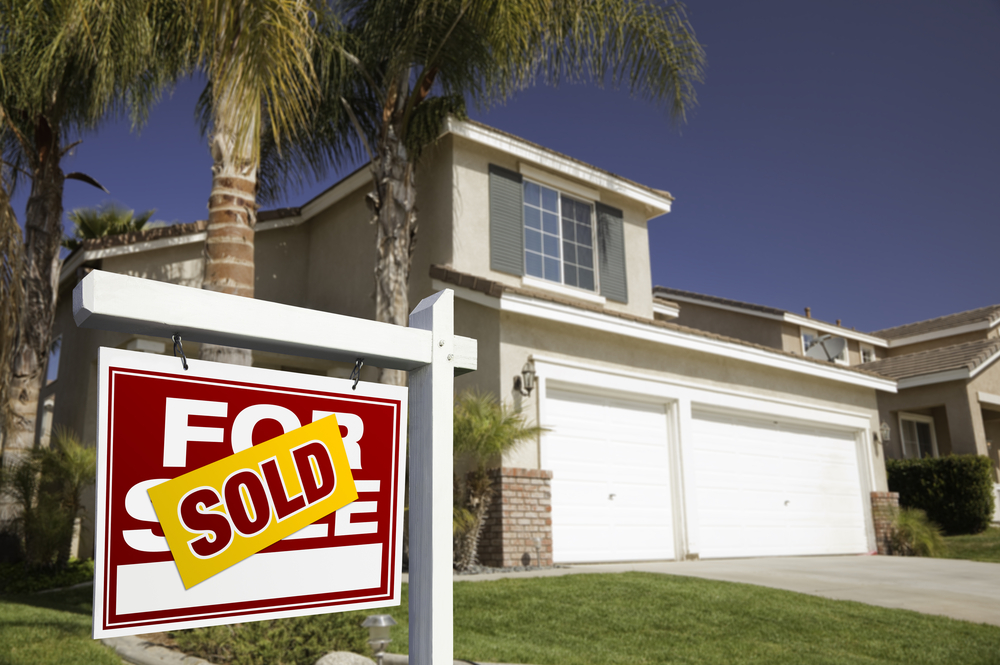 In Auckland, the number of properties sold in November increased by 53.9% year-on-year (from 2,422 to 3,728) – the highest November sales volume since records began.

In addition to Auckland, regions with the largest increase in annual sales volumes during November were:

“November was an incredible month in terms of the number of properties sold, with just shy of 10,000 properties sold over 30 days (9,885),” says REINZ Chief Executive, Bindi Norwell.

“The last time we saw a similar level of sales volumes was back in March 2007 – 164 months ago – before the national recession and Global Financial Crisis started impacting New Zealand’s property market.

“More than half (10 out of 16) of the regions across the country saw double-digit percentage increases in annual sales volumes. Part of this is likely to be attributed to people wanting to purchase property ahead of Christmas, partly due to the Reserve Bank announcing in early November that it would undertake a consultation in December to re-introduce LVRs earlier than planned, but also due to this underlying fear that prices might increase even further in the coming months.”

Taranaki and Southland had the lowest days to sell of all regions at 21 days – down 7 days and up 3 days respectively from the same time last year. This was the lowest equal days to sell for Taranaki since records began. 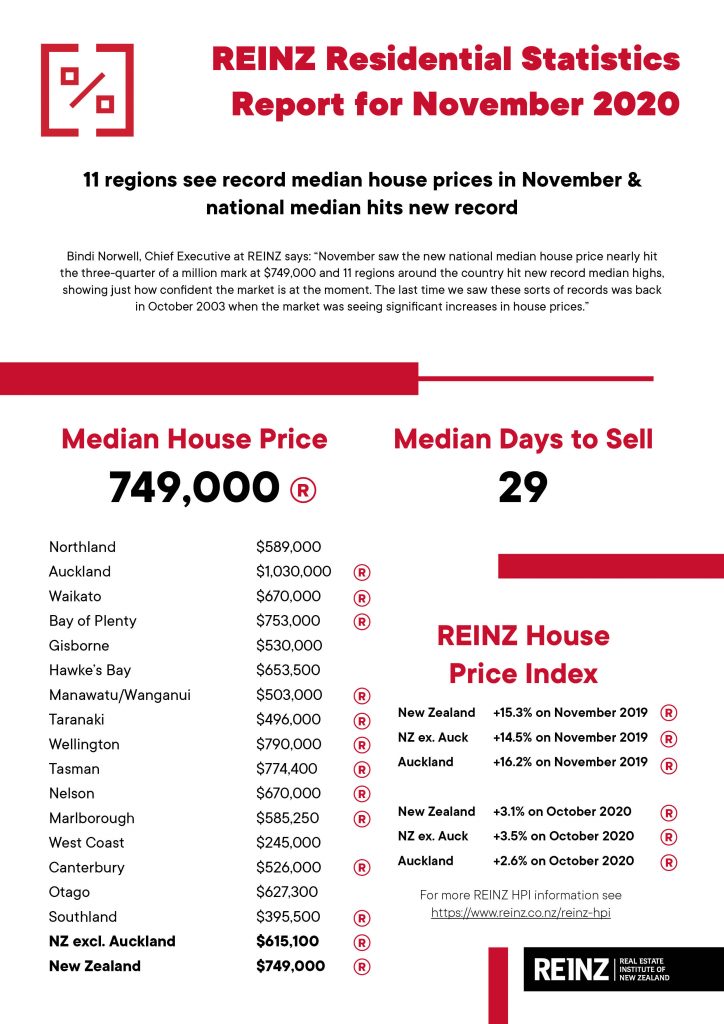 “The last time we saw these sorts of records was back in October 2003 when the market was seeing significant increases in house prices,” says Norwell.

“This just isn’t sustainable and with data out earlier this week showing that home ownership is at its lowest level in 70 years, the gap between those that own and those that rent is just going to keep growing unless we can do something to start addressing the supply issue the country has.” 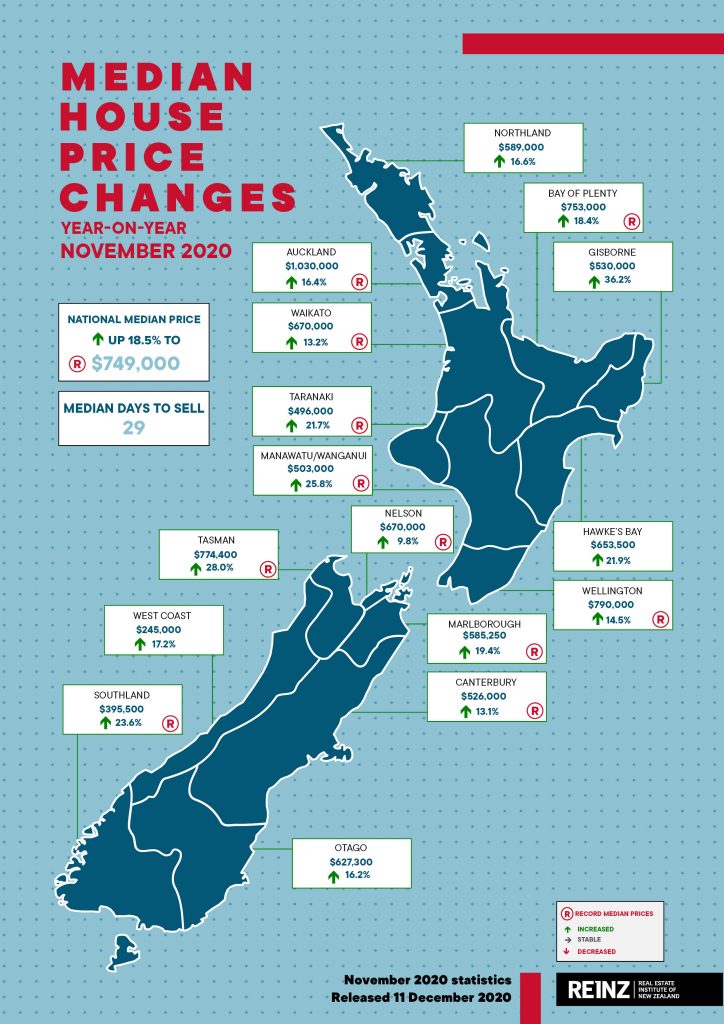 The total number of properties available for sale nationally decreased by 16.9% to 18,319, down from 22,049 in November 2019. Additionally, 8 regions (Bay of Plenty, Hawke’s Bay, Manawatu/Wanganui, Marlborough, Nelson, Northland, Waikato and West Coast) had their lowest levels of inventory ever.

Hawke’s Bay, Manawatu/Wanganui, Wellington and Nelson all had the lowest number of weeks’ inventory with only six weeks inventory available to prospective purchasers highlighting how we desperately need new listings to come onto the market in some parts of the country.

“As these latest REINZ numbers reinforce, the coming months will be strong. Summer is looking really good, but those contemplating selling their house shouldn’t muck around. Vendors need to consider that come March, the mortgage holiday scheme ends with LVRs also set to return. Autumn and winter could be quite different.”

“With interest rates hitting rock bottom, the economy doing better than expected, listings still light, and buyer demand hot, this summer could be the best one in real estate for over a decade.”