The need for a cohesive strategy to drive reform of the country’s resource management and planning systems is now vital for New Zealand’s prosperity, says a coalition of like-minded organisations

For some time the EMA, Property Council New 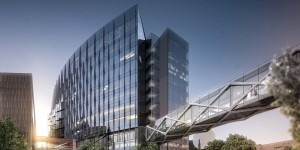 Zealand, Infrastructure New Zealand and the Environmental Defence Society have been working together to build a case for change on how to provide for the nation’s growth and development within acceptable environmental limits.

The Productivity Commission’s report on urban planning has made a very useful contribution to the developing debate on these issues.

While it addressed concerns around the Resource Management Act, and the challenges faced by towns and cities, its terms of reference were narrow.

The coalition of these organisations say a sound basis for reform has now been established and there is emerging interest amongst politicians for a long-term examination of the way we should manage the environment and development.

The coalition recognises there is no quick fix as the problem is complex, system wide and embraces many interests.

As well as improving the core law, the coalition is looking for an improved framework to address the related components of planning, funding, governance, monitoring and enforcement.

The way forward needs to have cross-party support, be independent, have integrity and deliver a result which can meet the needs of New Zealand now and in the future.

The process to deliver this could be something along the lines of a Royal Commission, or an inquiry of a similar nature.

“The frustrations of the business community with the current system are well documented. Which is why over the past year or so, we have diligently worked to broaden the debate. I think as a nation, we are ready to have this debate, and work towards an evidence-based solution that will address these concerns,” says Kim Campbell, CEO, EMA.

“We have clearly identified the issue, and laid the groundwork for change. The next step is to have a process which will enable the design of a fully integrated planning, funding and delivery system,” says Stephen Selwood, Chief Executive of Infrastructure New Zealand.

“There is clear evidence that the current system is not producing good environmental outcomes. By working together as a group, we can ensure that before rushing to our favourite solutions we focus instead on creating an inclusive framework within which to develop the new way forward for our country,” says Gary Taylor, CEO, Environmental Defence Society.